Meghan McCain: I'm a problem? What about Bristol?

On "The Daily Show," she says it was tough being criticized for looking "like a stripper" next to a "pregnant teen" 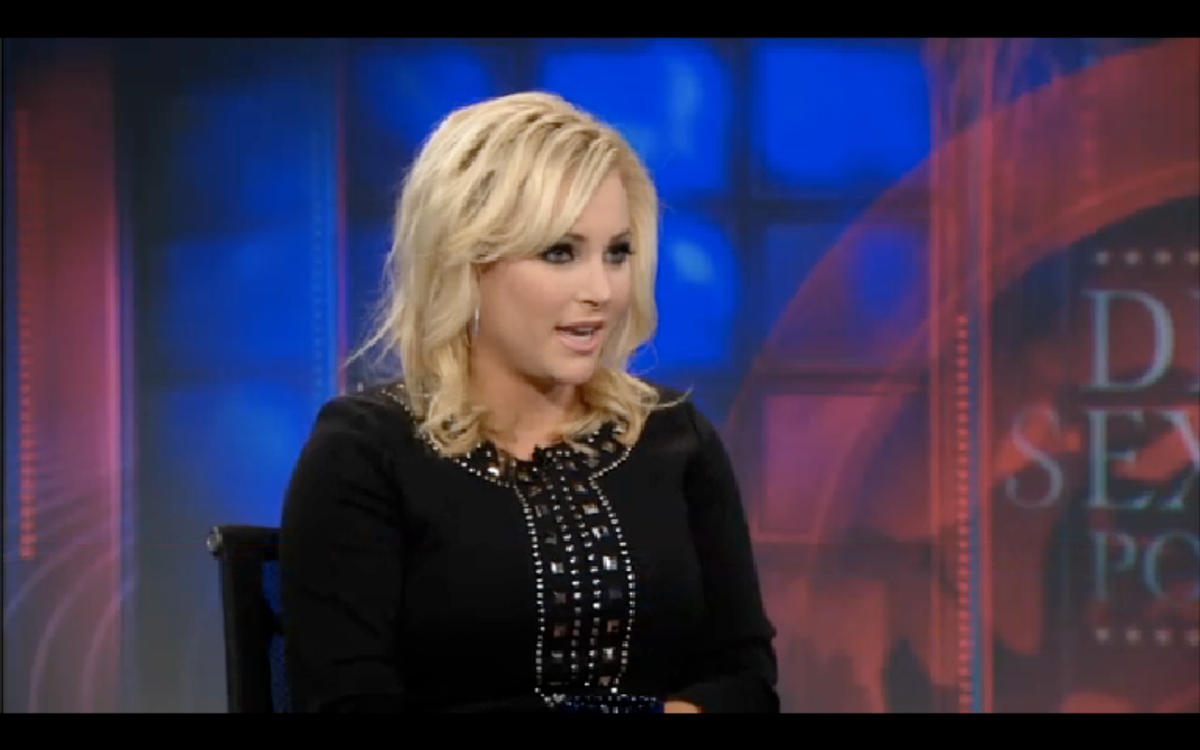 Meghan McCain stopped by "The Daily Show" last night to promote her new book "Dirty Sexy Politics," which has been reviewed as being neither very dirty nor very sexy -- but the 25-year-old did get in a marginally dirty dig at Bristol Palin.

While talking about her insecurity during the campaign, she said: "When you're sent to an image consultant and said that you look like a stripper and talk bad and you're hurting the campaign when, you know, there's a pregnant teen there, it does a little bit to your self-esteem." I could launch into a diatribe about why looking like a stripper might be treated as a greater liability than being a pregnant teen, or at least comparable one, and what that reveals about attitudes toward women's sexuality in the Republican Party -- but instead, I'll just allow you to enjoy the clip.