From Palin to Sean Hannity, the right's leading Muslim-baiters owe Terry Jones a giant thank you 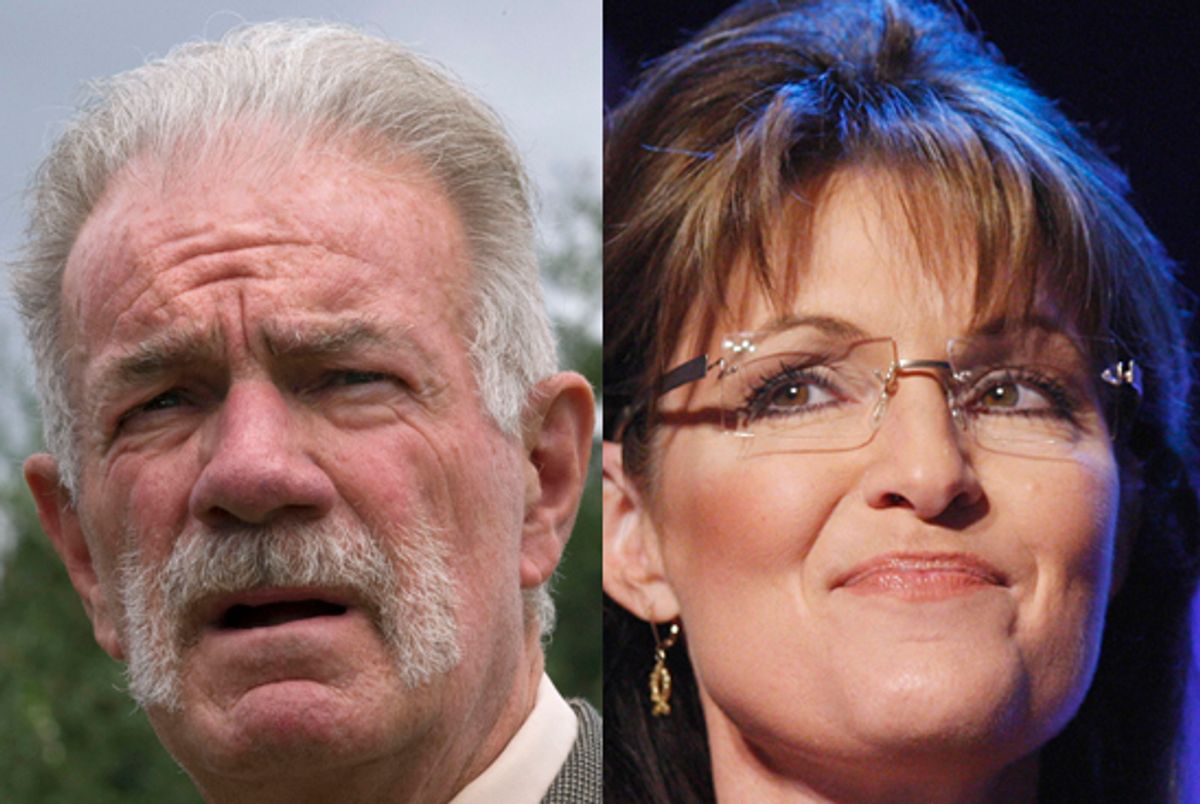 Dove World Outreach Center church pastor Terry Jones announces the burning of the Korans will continue as planned during a news conference in Gainesville, Florida September 8, 2010. Jones, leader of a tiny, little-known Protestant church in Gainesville, Florida, which openly campaigns against what it calls "radical Islam," is facing a barrage of calls from U.S. government, military and religious leaders, and from abroad, to cancel his plans to publicly burn Islam's holy book. REUTERS/Scott Audette (UNITED STATES - Tags: POLITICS RELIGION HEADSHOT IMAGES OF THE DAY) (Â© Scott Audette / Reuters)
--

Pastor Terry Jones might not be an expert in theology, politics or basic human decency, but he more than compensates with media savvy. He can wring every last drop of press attention out of even a retreat, as he demonstrated last night when he announced the cancellation of Burn a Quran Day and then, not four hours later, issued a semi-retraction, claiming that he'd been misled (those sneaky Muslims!) and suggesting he might still burn some Qurans after all.

As I write this, the fate of Burn a Quran Day is still up in the air, but my guess is it probably won’t happen. Instead, Jones will soak up another news cycle or so of sweet, sweet infamy, before publicly declaring that he’s holding off "out of respect for the troops," whom his actions could endanger. The career Muslim-haters who previously called him out for going just a teensy bit too far will thank him profusely, leaving open the door to future friendship, interviews and well-paying speaking engagements.

But even if my prediction turns out to be completely wrong, the leaders of the right-wing’s anti-Muslim brigade nonetheless owe this man a fruit basket. He may not have sparked the recent explosion of Islamophobia, but he’s done as much as just about anyone to drag it into the mainstream.

Don’t get me wrong: When even Alan Keyes thinks you’ve crossed the line, that means that the actual line is about two or three time zones behind you. But that’s rather the point. Jones is so extreme -- so outlandishly, cartoonishly vile -- that Keyes, Sarah Palin, Sean Hannity, Pamela Geller and the rest of the armchair holy warriors can condemn his intolerance in the same breath that they echo thinly veiled versions of his sentiments.

This is what they wanted all along: to be able to say startlingly bigoted things without being perceived as bigoted per se. Which is why Geller, for example, gets so worked up when you take her rabid hatred of Muslims out of context and call her "anti-Muslim." Now she has a new line: she is on the record against burning a big pile of Qurans, which conclusively proves that she has nothing against Muslims and is merely a concerned citizen.

That defense should be taken about as seriously as perennial Holocaust denier Mahmoud Ahmadinejad’s protestations that he’s not an anti-Semite. Sadly, it will probably play better than that in the United States, where 49 percent of of the country have "generally unfavorable views of Islam." I’m guessing that plurality is in no mood to examine their own biases in a harsh light.

Plus, this sort of cheap evasion has worked before. The prevailing attitude toward prejudice in this country is so stunningly simplistic and superficial that the chairman of a major political party can get away with pretending that the only racists in America wear Klan hoods.

It’s time for us to grow up and realize that you don’t have to commit a hate crime to be considered a bigot. Publicly declaring that "Muslim life is cheap" -- as Marty Peretz, editor in chief of the New Republic did recently -- should be more than enough to earn you the label. Furthermore, when someone actually acts on the vile portrait of Muslims you’ve been painting, offering up a little tepid criticism doesn’t exonerate you of complicity. That’s what makes the right wing’s Two Minutes’ Hate (or, rather, Two Minutes’ Feeble Equivocation, since Palin and others have taken to comparing Quran-burning to the Park 51 project) such a sick joke: if they hadn’t worked so hard to foment anti-Muslim fervor across the country, then none of us would have heard of Terry Jones in the first place. Hell, the Westboro Baptist Church -- those are the cretins with the "God Hates Fags" signs -- were burning Qurans before it was cool, and don’t have even a fraction of the coverage to show for it.

Only with the recent spike in Islamophobia has this sort of behavior morphed into a genuine sensation. And you can trace that spike all the way back to the right-wing media personalities who are now using it to make themselves seem moderate by comparison.