"The Romantics": A "Big Chill" for this decade? 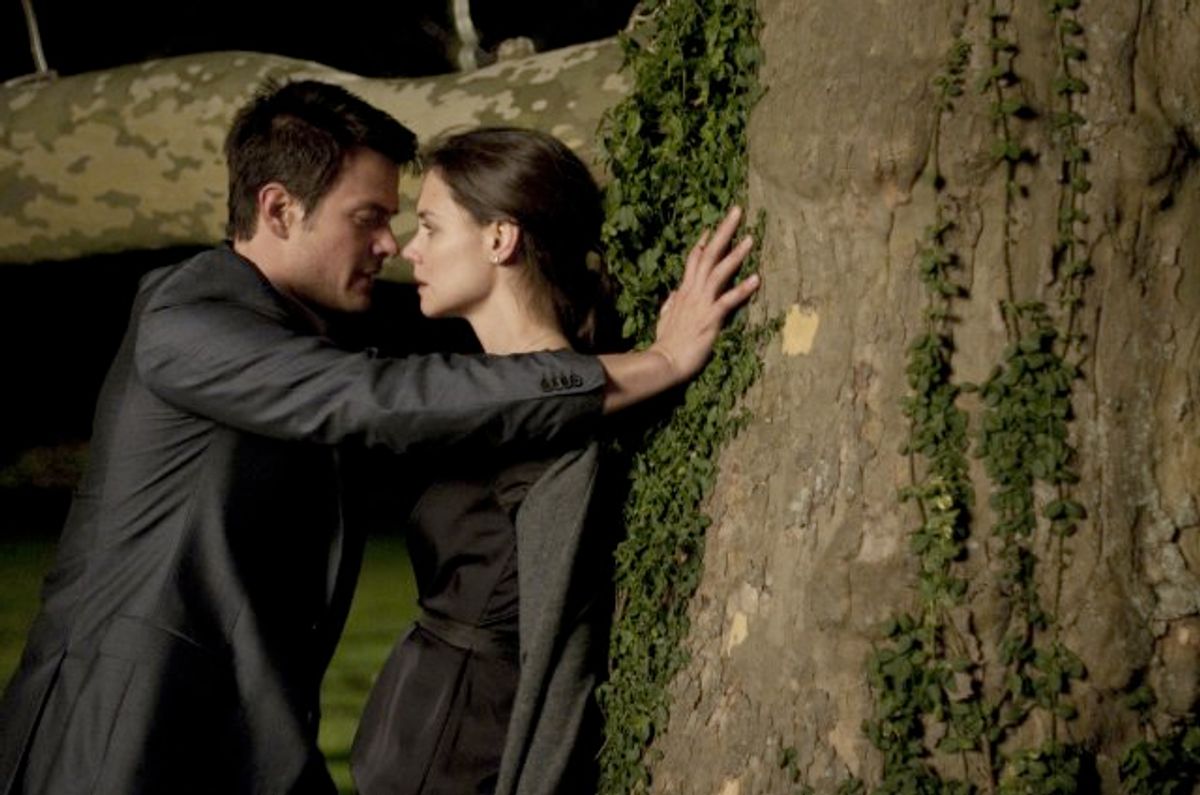 In "The Romantics," a pleasantly lo-fi ensemble movie written, directed and produced by Galt Niederhoffer (and based on her own novel into the bargain), we've got the collision of two or maybe three achingly meaningful narrative and cinematic modes. It's a wedding movie! It's a country-house movie! (Arguably, the wedding-at-a-country-house movie, almost always set on the New England coast, is already its own genre.) It's one of those "Big Chill"-type reunion movies, where an entire generation -- or at least its richer, whiter, better-looking microcosm -- faces the fact that it's not as young as it used to be and that its dreams have, alas, turned to dust!

OK, I'm being mean, largely because "The Romantics" is a middling little movie that tries to trespass on Bergman-Renoir territory and simply isn't adroit enough to pull it off, and because in its weaker moments it's overheated and silly. Niederhoffer's title is meant to refer to her characters, whose collegiate clique took on the name thanks to their incestuous dating habits, but also to the Romantics in the English-lit, turn-of-the-19th-century sense. So we get Katie Holmes and Josh Duhamel, as the maid of honor and intended bridegroom, not merely snogging furiously out in the woods on the night before the wedding like a couple of soap opera characters, but also murmuring snatches of "Ode to a Nightingale" into each other's ears.

Thing is, Niederhoffer manages to sell us this codswallop, or very nearly does. There's a reason why movies are so often staged around weddings and funerals; the metaphors they offer are meaningful. We've all had life crises at weddings, or at the very least drunk way too much and danced long into the night with someone we'll never see again. There is something about the ritual, about the funny clothes, about the away-from-homeness, that brings buried emotions and repressed libido to the surface. And while Niederhoffer displays no particular aptitude for film direction -- the movie's awkwardly constructed and clumsily edited -- she's got a strong cast full of young Hollywood talent and intimate, imaginative photography by Sam Levy. (He also shot Kelly Reichardt's "Wendy and Lucy" and Isabella Rossellini's "Green Porno" series.)

Katie Holmes is probably better known to the public as a celebrity wife and mom than as an actress at this point. That's genuinely too bad, and she gives "The Romantics" a halfway convincing spine as Laura, a doe-eyed and seemingly fragile New York writer whose old flame, Tom (Duhamel), is about to jump the broom with Laura's onetime college roommate, the blonder, softer and bosomier Lila (Anna Paquin). Formally, the movie is built around these three characters in old-fashioned playwriting fashion: Collisions between Lila and Laura -- the first friendly and the second apocalyptic -- bracket the action, with intermediate tension-building encounters between Lila and Tom and then Tom and Laura. (The latter being the one where they're scrunched up under a tree, mumbling, "My heart aches, and a drowsy numbness pains my sense ...")

Nearly everything that happens amid and among this trio is thoroughly and unfortunately predictable, and Duhamel's Tom is written as such an irritating Gatsby-Kennedy Northeast Corridor cliché -- an Irish-American Ivy League champion swimmer turned Ph.D. candidate -- that you have to wonder what the two chicks are fighting over. Surely they can find a future of leafy suburban lawns, country-club memberships, prescription medications and being cheated on without all this sturm und drang on the road to the church.

Despite all that, there's an interesting texture to "The Romantics" that renders it highly watchable right through to its mystifying conclusion. Levy's camera roams among these drunken and fatefully uncertain people like an unseen cast member. Holmes' gritty, agonized central performance is matched by Malin Akerman, who nearly steals the show as the promiscuous and debauched Tripler, who is married to Jake (Adam Brody) but itches to do bad things and mess up as many people's lives as possible. Rebecca Lawrence is also good as Weesie, a wallflower who reveals hidden depths, but let's not talk about Elijah Wood's awkward turn as the drunken, lecherous Chip. (Wood needs to restart his career in Hungary or undergo radical surgery or simply quit -- he played a hobbit, and there's no undoing that fact.)

This isn't the first young-adult-targeted movie to borrow moods or techniques from the ultra-indie "mumblecore" movement (meaning the films of Andrew Bujalski, Joe Swanberg and various others) and import them into a more commercial narrative form. I wrote exactly the same thing recently about the romantic comedy "Going the Distance," and this movie is likely to be greeted with the same enormous collective yawn. There's a larger issue here that we'll have to talk about some other time, that being Hollywood's sudden and near-total inability to make coherent and non-insulting movies aimed at adult female viewers. If I'm cautiously suggesting that "The Romantics" is worth your time -- at least in a VOD or cable, not-much-else-going-on-tonight sort of way -- it's almost as a discussion topic. This is almost, but not quite, a contemporary relationship drama that might click with younger audiences. But isn't somebody ultimately going to make that movie? I mean, someday?