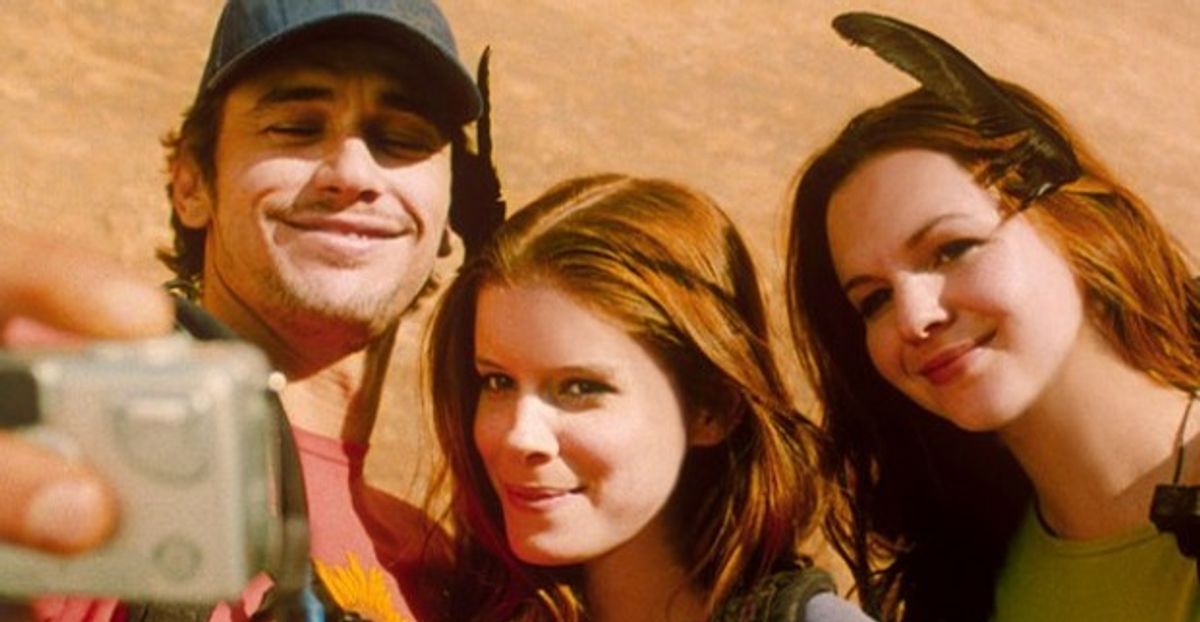 TORONTO -- Even as loaded with fall Oscar bait and potential art-house hits as this festival is -- and Toronto has blown Cannes out of the water, at least this year -- there was tremendous anticipation around "127 Hours." It stars James Franco, an enormously talented young actor who seems primed to become a major star, in a demanding role that has him on screen for nearly the entire film. And it's directed by Danny Boyle, who went from hit-and-miss British oddball to major Hollywood player after his Oscar-winning surprise with "Slumdog Millionaire."

I'm not sure whether it hurt or helped that a series of technical mishaps kept the press corps waiting in a corridor of the Scotiabank Theatre for much longer than the film's running time. (Q. What do I have to read on my iPod for such emergencies? A. John Henry Newman's "Apologia Pro Vita Sua." I guess I really am that weird.) When we finally got seated, a Toronto International Film Festival official sent to mollify us quipped, "I look forward to all your '127 Hours' jokes. You've had time to sharpen them."

OK, so no gags from me, just some uncertainty about whether the tripped-out, virtuosic spectacle of "127 Hours" -- in which Franco plays Aron Ralston, a real-life rock climber who got trapped in a Utah canyon for that amount of time -- lies closer to pop-spiritual masterpiece or self-indulgent wizardry. It definitely has elements of both. Although this movie could hardly be further away from the subject matter of "Slumdog Millionaire," Boyle reunites much of his technical team, including cinematographer Anthony Dod Mantle (co-D.P. here with Enrique Chediak), composer A.R. Rahman and screenwriter Simon Beaufoy. And in some respects he offers a similar visual odyssey, beginning with an explosive, sensual, almost fluorescent celebration of Aron's journey into the wilderness.

But shortly after frolicking in a cave pool with a couple of chicks he's just met -- they're having a party later! Behind the diner! Just look for the giant inflatable Scooby-Doo! -- Aron winds up at the bottom of a canyon with a very large boulder crushing his right hand against the cavern wall. And there he stays for more than five days, since, brave and bold genius boy that he is, he hasn't told anyone where he's going. This is a perfect opportunity for Boyle, in that he tends to treat his characters as research animals and in "127 Hours" he pulls out all the stops. At first, as Aron focuses on staying alive and trying to find a way out, the movie strips down to essentials and becomes grimily realistic. Later, as the hours become days, the water runs out and death comes ever closer, Aron's video diaries, dreams, hallucinations and premonitions take over. Let's put it this way: We see Scooby not once but twice.

Franco is up to every bit of Boyle's challenge, capturing Aron's transition from clownish outdoorsman and party boy to an introspective chronicler of his own impending demise and a visionary lunatic. This young man seems to have desert epiphanies that suggest Augustine of Hippo, Hildegard of Bingen and Jim Morrison all rolled into one, and all that happens before he's decided to -- well, never mind that for now. There's plenty of time to discuss this movie further before its commercial release, so let's just say there will indeed be blood (to coin a phrase) and that some viewers purportedly required medical attention during the world premiere at Telluride. Nobody needed a doctor at our screening; we'd toughened up after all that standing in line. But the excitement was palpable: Whatever I end up deciding I think about "127 Hours," it's a big event.

"127 Hours" will open nationwide in November.