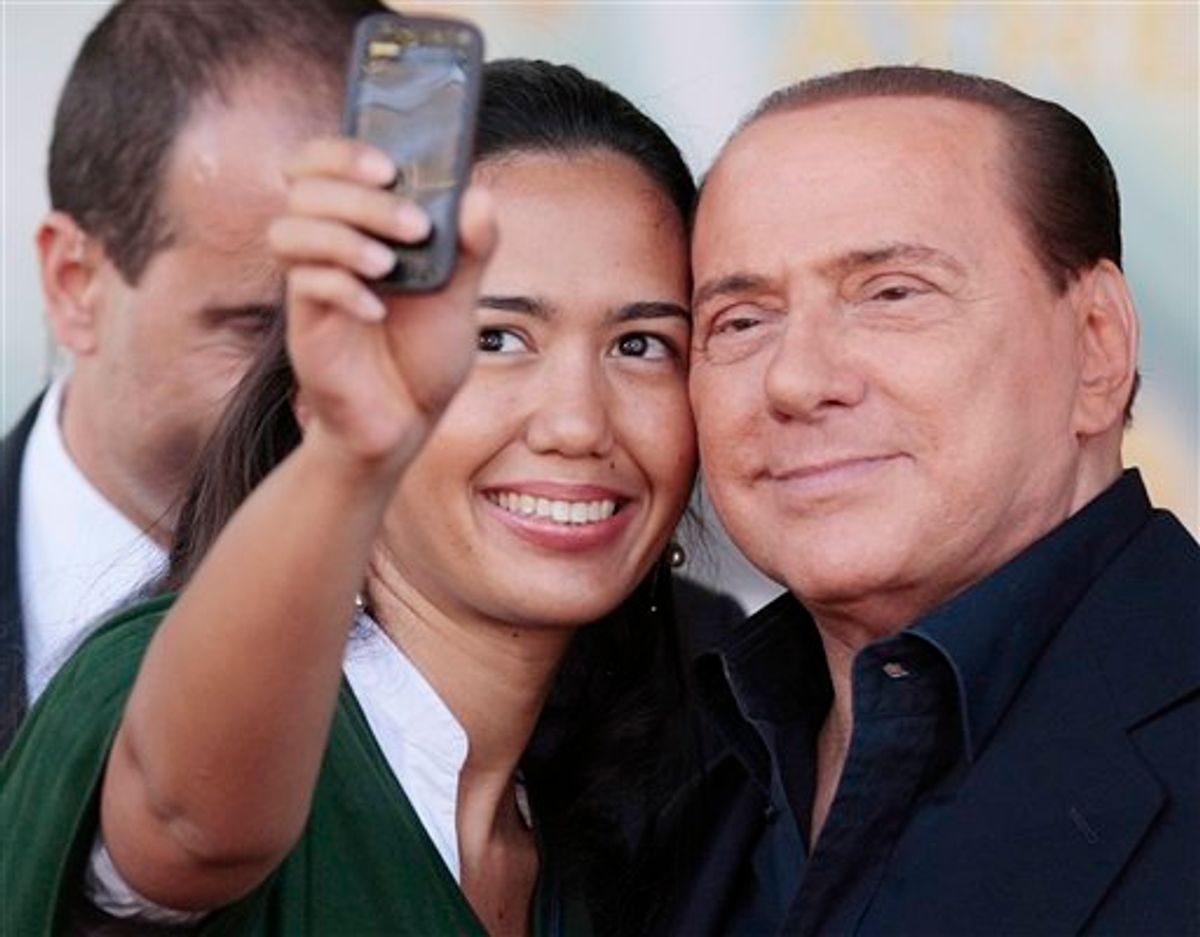 Italian Premier Silvio Berlusconi has a picture taken with a supporter at the end of his address at the People of Freedom party meeting in Rome, Sunday, Sept. 12, 2010. Berlusconi will speak to parliament at the end of the month in a highly anticipated address that could determine the fate of his government. The speech will be Berlusconi's first major parliament appearance since he split with longtime ally Gianfranco Fini. The split potentially deprived Berlusconi of his once-solid parliamentary majority, leaving the fate of his government uncertain. (AP Photo/Gregorio Borgia) (AP)
--

The world's dirty old uncle (aka Italy's prime minister) Silvio Berlusconi has done it again. During an event on Sunday, he advised that young women should look for a rich man to marry. Of course, as is so often the case with Berlusconi, the offensiveness didn't stop there: He added in some homophobia and a joke about Hitler, just for good measure.

After instructing Italy's bella signoras to go the sugar daddy route, he diplomatically added that, while it's harder for them, men can aspire to be gold diggers too. He was quick to clarify what he meant, though: "In that case, I am talking of finding a girlfriend instead of a boyfriend," he laughs. "Let's be precise about this, because otherwise the headline in La Repubblica will be: 'Berlusconi has become gay.'" In case you hadn't already gotten the message from his sordid sex scandal that led to the separation from his wife, or his constant commentary on women's looks, the guy really likes chicks. (Oh, and did he mention that he's totally straight?)

As you can see in this video of the event, he also delivers a joke about Hitler -- and it isn't funny, imagine that.