"Let Me In": The American "Let the Right One In" remake

"Let Me In," the new version of the gory, gloomy Swedish vampire hit, offers some ingenious new ideas 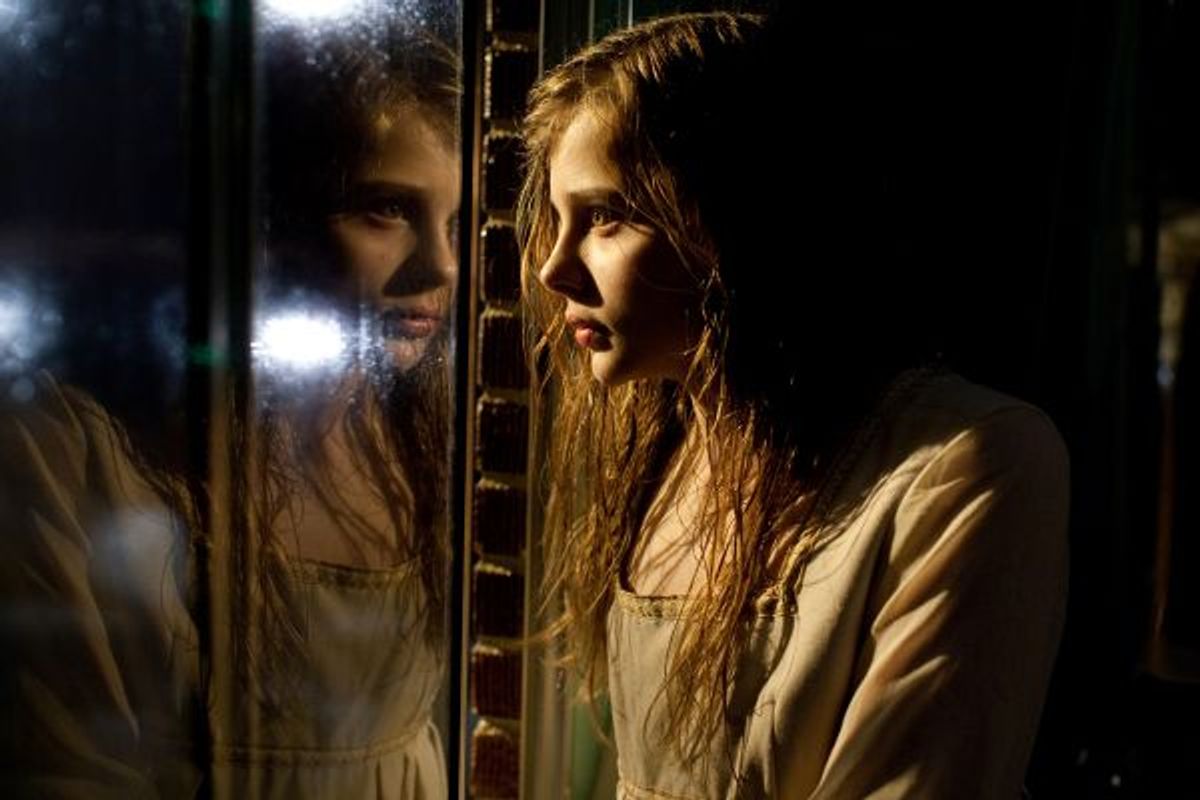 TORONTO -- We're having lovely mild fall weather on the north shore of Lake Ontario, I remain sweet on Canada's largest city and at the Toronto International Film Festival, the hits keep on coming. I've heard more than one critic describe writer-director Matt Reeves' gloomy, gripping, Reagan-era vampire yarn "Let Me In" as an unnecessary or redundant film, but I strongly disagree. First of all, many fans of the hipster-culty Swedish hit "Let the Right One In" will simply be relieved that this artfully translated American remake doesn't screw up a beloved original. In fact, it's been made with care and integrity, and while it probably won't provoke the same degree of fan loyalty, even a modestly scaled English-language film like this one has a potential viewership that's many times larger than any foreign flick.

Although the social context of director Tomas Alfredson and screenwriter-novelist John Ajvide Lindqvist's "Let the Right One In" is never directly discussed and isn't the film's subject, I still think it's crucial. The vampire girl who moves into a downtrodden Stockholm apartment complex in midwinter rescues the preteen protagonist from a dismal home life and a school dominated by bullies, but also from a Scandinavian social democracy that seems to be in terminal decline. Reeves' film sticks fairly close to the original's plot and characters -- and even sometimes its shots -- but he ingeniously alters the context in order to capture a similar mood.

It's the early '80s in suburban New Mexico; "Let's Dance" and "Do You Really Want to Hurt Me?" are on the radio, and Ronald Reagan is on TV talking about Jesus and evil. Maybe 12-year-old Owen (Kodi Smit-McPhee) doesn't know it yet, but he belongs to the first generation of postwar Americans to face a landscape of lowered expectations. Odd-looking, androgynous Abby (Chloe Moretz), who just moved in next door to Owen and his harried, pious single mom (Cara Buono) and who seems insensible to cold, belongs to quite a different generation. She doesn't know what a Rubik's cube is, and has never eaten a Now & Later candy. She presumably has no preference between Bowie and Boy George.

Reeves depicts much the same ruthless preadolescent world seen in Alfredson's film, a zone where adults have little influence and where gender and sexuality are highly loaded topics. If anything, it's even clearer in this film that the two central characters are gender-muddled: Owen gets called "little girl" at school, and when he asks Abby to go steady, she insists, "I'm not a girl. I'm nothing." Richard Jenkins gives a muted performance as Abby's so-called father, staying in the background behind Moretz and Smit-McPhee, who are well matched as a pair of otherworldly sprites.

Not all Reeves' innovations are improvements, but he doesn't do anything to ruin the movie either. Elias Koteas, in an unkempt wild-man 'do, plays a local cop who hones in on Abby and her father after Los Alamos, N.M., experiences a wave of bizarre, possibly ritualistic murders. Consequently, "Let Me In" is a bit more of a conventional police procedural, and a bit less about the troubling proto-sexual or quasi-sexual relationship between the central duo. But for fans of "Let the Right One In," this intriguing remake will prove a welcome surprise, and may even shed new light on the characters and situation. For the much larger audience who never found out what the fuss was about, "Let Me In" offers an imaginative and largely intact retelling of this gory, troubling, uniquely sweet and uniquely dark vampire tale.

"Let Me In" will open Oct. 1 in many major cities.