Aided by favorite guest John Travolta, she announces plans to bring 300 hand-picked audience members Down Under 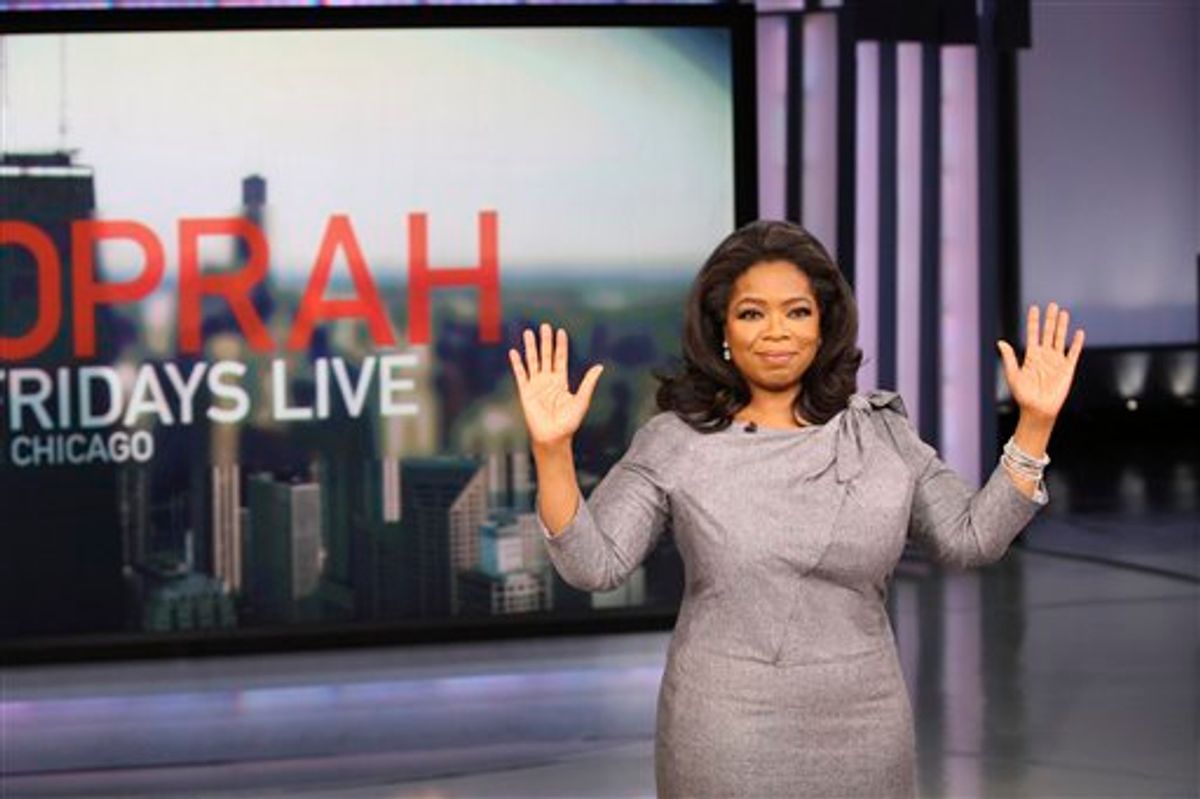 FILE - In this Nov. 20, 2009 file photo originally provided by Harpo Productions Inc., talk-show host Oprah Winfrey announces during a live broadcast of "The Oprah Winfrey Show" in Chicago that her daytime television show, the foundation of a multibillion-dollar media empire with legions of fans, will end its run in 2011 after 25 seasons on the air. On Monday, Sept. 13, 2010, the 25th and final season of "The Oprah Winfrey Show" starts airing. (AP Photo/Harpo Productions, Inc., George Burns, File) MANDATORY CREDIT, NO SALES (AP)
--

It's almost time to say goodbye to everyone's favorite midday indulgence, "The Oprah Winfrey Show." Today marks the season premiere of Winfrey's 25th and final season, and she began her farewell tour in a manner befitting of her famed largesse.

No cars were given away (wah-wah), but she did the next best thing. Winfrey announced to the 300 audience members -- each chosen by producers as her most devout followers, including a rabid fan from Alberta, Canada, who claims she has watched over 5,500 hours of "Oprah" -- that they will be joining the Big O on an eight-day, all-expenses paid trip to Australia, or, as Oprah would call it, Austr-ALIAAAAAAAAAHH.

The heads of all 300 in attendance proceeded to explode like a hydrogen bomb in a massive cry of hysteria, which has become somewhat of a hallmark of the show. (See: Oprah's favorite things.)

Immediately after the announcement, a mock jet was pushed onstage amid cascading confetti, and out came John Travolta, who, previously in the show, was voted the all-time favorite guest. (Somewhere, Tom Cruise is going berserk on a couch).

"There's only one of you," Travolta said to Winfrey, "and there'll never be another."

Dubbed "Oprah's Ultimate Australian Adventure," the voyage Down Under will be in December, during which two episodes will be taped, including one in the Sydney Opera House.

Here's a preview of the episode: