Deluged with complaints, Portland Press-Herald says it should have offered "balance" to story about end of Ramadan 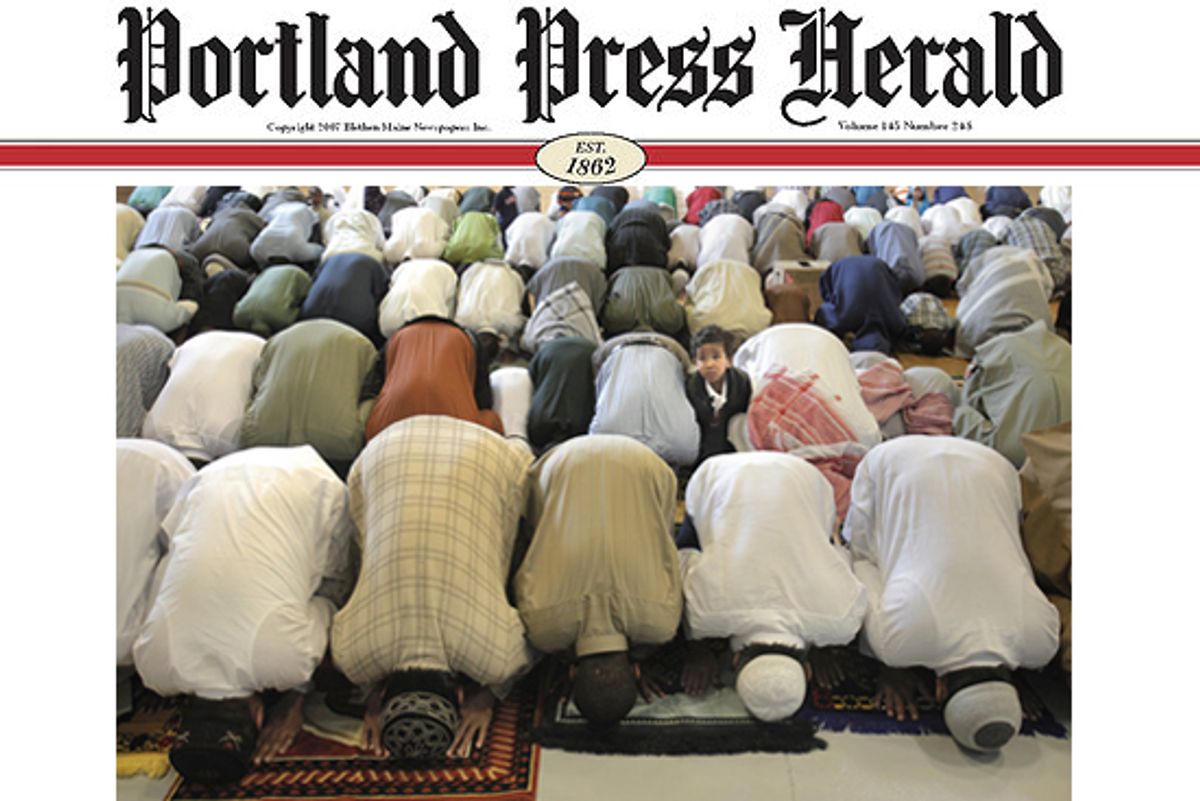 One of the photographs published by the Portland Press Herald on Sept. 11, 2010
--

On Saturday, the Press-Herald of Portland, Maine, ran this mundane front-page story about a few thousand local Muslims observing the end of Ramadan at a convention center.

The next day, Press-Herald editor and publisher Richard Connor issued a surreal 700-word front-page editor's note expressing deep regret and a sincere apology for showing an image of Muslims on 9/11. Here's a taste of the note, in which he also says there should have been "balance," without attempting to explain what that means (emphasis ours).

We made a news decision on Friday that offended many readers and we sincerely apologize for it.

Many saw Saturday's front-page story and photo regarding the local observance of the end of Ramadan as offensive, particularly on the day, September 11, when our nation and the world were paying tribute to those who died in the 9/11 terrorist attacks nine years ago.

We have acknowledged that we erred by at least not offering balance to the story and its prominent position on the front page.

What you are reading today was the planned coverage of the 9/11 events. We believed that the day after the anniversary would be the appropriate occasion to provide extensive new coverage of the events and observances conducted locally and elsewhere.

Connor said there was an outpouring of complaints on Facebook and Twitter from readers about the Ramadan story. In a tragic flourish of social media competency, the Press-Herald is individually answering all of the complaints from readers who would prefer not to see pictures of Muslims.

We've reached out to Connor to ask what the thinking was behind this note -- and whether the Press-Herald will have a no-pictures-of-Muslims-on-9/11 policy going forward. We'll update this post if we hear back.