A new study says sanitizers aren't going to keep you from getting sick. But is it time to stop stressing? 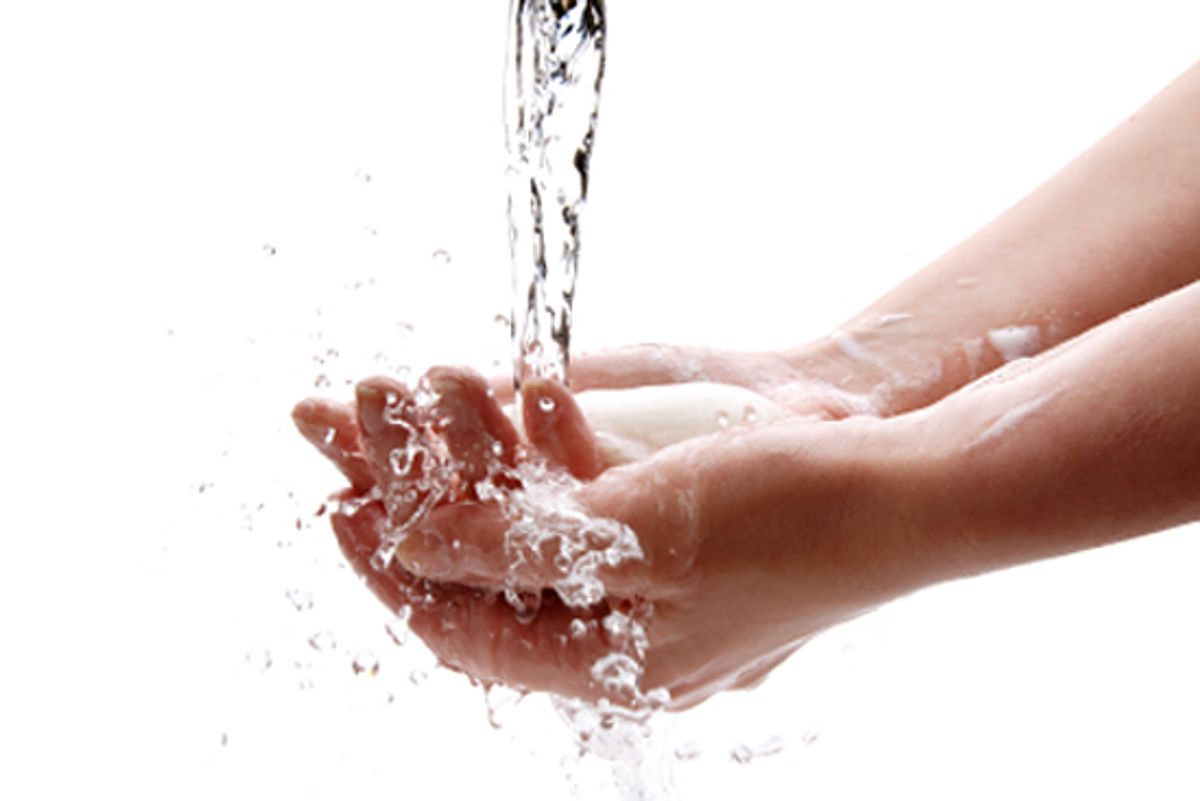 It's going to take more than a squirt of Purell to make you invincible. Just in time for back-to-school and flu season, a University of Virgina study out this week decrees that those stinky hand sanitizers so popular among your germ-phobic companions have remarkably little effect on whether you'll fall prey to colds and flu. As the Daily Progress reports, "Influenza infections hit 12 of 100 subjects who used sanitizer, compared with 15 per 100 subjects who didn’t take special precautions."

But you might want to think twice before you engage in an enthusiastic round of mud-pie making at the nearest preschool and run your fingers all over the stripper pole at Scores, only to cap it off with nothing more than a brisk rubbing of your palms on your pants. While coating your digits in sanitizers won't do much to save your throat from those seasonal airborne viruses, it will help block the spread of gastrointestinal disease and other illnesses transmitted via physical contact. Alcohol, that magic ingredient in so many situations, is the germ buster that gives it an advantage over plain old soap and water.

Washing your hands old-school and paper towel-enabled isn't more trouble than it's worth either, despite a report this week from the American Society for Microbiology and the American Cleaning Institute that made the rather gross revelation that roughly 15 percent of Americans don't wash their hands after going to the bathroom. That figure, by the way, actually represents an increased vigilance -- 10 years ago, only 67 percent of restroom users were remembering to wash up after doing their business. Kind of makes you reconsider sharing that platter of nachos, doesn't it? It's as simple as this: The Centers for Disease Control says, "Keeping hands clean is one of the most important steps we can take to avoid getting sick and spreading germs to others."

Having recently gone through a serious health crisis and come out the other side with a compromised immune system, I'm all for illness prevention measures -- especially when they're cheap and simple. My oncologist has specifically stated that frequent hand cleaning should be part of my daily routine -- and that of anybody who wants to touch me. You'd better believe I want the nurse who's changing my bandages, the sous chef who's handling my food, and anyone who's just left the ladies' room to be sporting a freshly cleansed pair of mitts. You can't walk 15 feet at Sloan-Kettering Cancer Center without hitting a hand sanitizer dispenser, and I like it that way just fine.

But I'm also comfortable with the old axiom that you've got to eat a peck of dirt before you die. Living in New York City, across the street from a public park, I generally assume I will come in contact with at least a peck of dirt, defecation, vomit, semen and rat germs well before lunchtime on any given day. I also have two children, and even with the best of parental intentions, the average 6-year-old is going to have all the hygienic vigilance of a Gathering of the Juggalos.

At one end of the spectrum there will forever remain the adamantly unwashed, the steadfast pee-and-run types. And unless you want to deck yourself out in a Hazmat suit, those people will likely touch your plate or sneeze in your direction. At the other you'll find plenty of hopefully determined Lady Macbeth wannabes, eager to whip out their purse-size hand cleansers and maybe wipe down all immediate surfaces along the way. Although the latter may have an immunity leg up, both groups will likely include casualties this season in the war on colds and flu.

But I've only got so much paranoia to go around, and I have to save some of it for whoever's reading my Facebook profile. And there's something consoling about being reminded that a little dirt under your nails or sitting on a bus isn't going to make the gods smite you with a touch of plague.