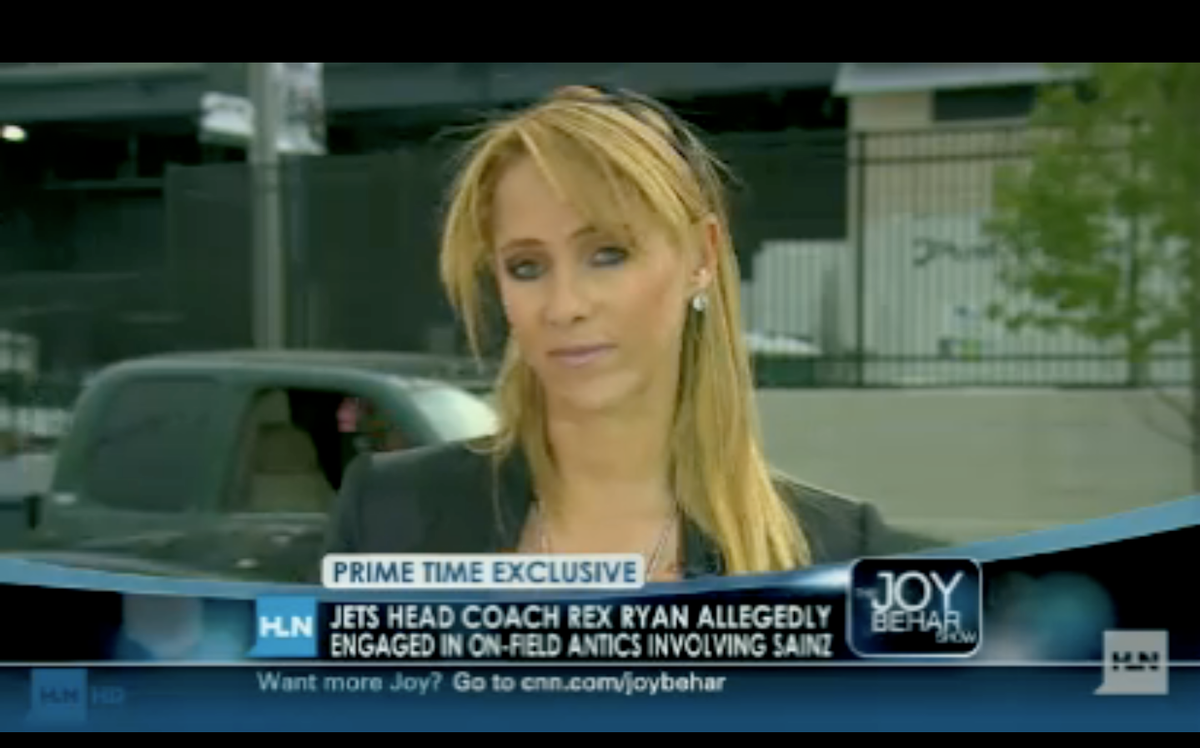 Yesterday, The Daily Caller's mocking coverage of the alleged harassment of Ines Sainz by the New York Jets showed us that you can end up being victim-blamed even if you don't see yourself as a victim (Sainz does not). Today, courtesy of last night's "Joy Behar Show," we have a new lesson: You can end up defending yourself from blame for being victimized, even when you don't see yourself as a victim.

In a "primetime exclusive," Behar interviewed Sainz, who has only a loose grasp of English, and employed the favorite tactic of friendly interviewers: The "some people say" trick. "What I'm driving at is that some people are saying that when you call yourself the hottest reporter in Mexico and you're wearing tight jeans, et-cetera, that people say you shouldn't be shocked if the men respond to you with catcalls," she says. "How do you respond to that?" After a drawn out attempt at explaining her various sartorial choices, Sainz finally addresses the question Behar is really driving at: Did you ask for it? "I [didn't do] anything to provoke the team or the players," says Sainz. The headline CNN is running with the clip of the interview? "Reporter: I did nothing to provoke Jets."