Primary night: What's at stake, what to watch

Will the final primaries of the year end with a bang for the Tea Party movement? 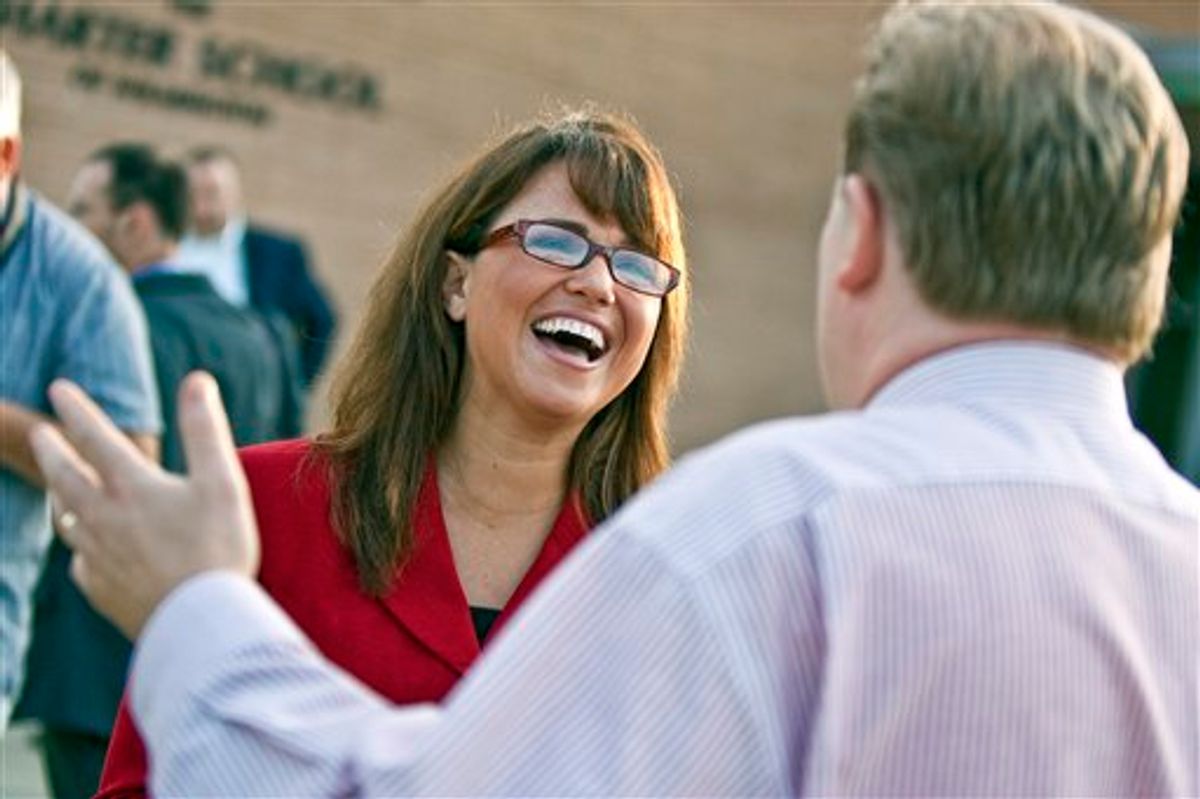 9:08 P.M.: The Associated Press is calling Delaware's GOP Senate primary for Christine O'Donnell. We'll have extensive commentary and analysis throughout the night and tomorrow morning.

7:00 P.M. The primary season pretty much comes to an end tonight as polls close on contests in seven states, including Delaware, New Hampshire and New York. We'll be providing updates on the most important races as the results come in tonight and we'll have plenty of analysis of their implications.

The two races that carry the most national significance are the Republican Senate primaries in Delaware and New Hampshire. Once considered foregone conclusions, both races are now tossups, thanks to the late mobilization of Tea Party support behind underdog candidates. The big question is: If Tea Party candidates win in Delaware and New Hampshire tonight, will they be able to beat their Democratic opponents in November?

In Delaware, where Vice President Joe Biden’s former Senate seat is up for grabs, Christine O’Donnell, a previously obscure marketing consultant and right-wing gadfly, is seeking to complete what would be one of the year's biggest upsets in her primary with long-serving Rep. Mike Castle.

Victory for O’Donnell, who has been endorsed by Sarah Palin, Jim DeMint and the Tea Party Express, would represent another notch in the bedpost of the Tea Party movement, following close on the heels of similar upsets in Alaska, Nevada and Kentucky. But it would not guarantee a Republican victory in November by any means; the same polls that show Castle and O’Donnell in a dead heat for the primary also have Castle outperforming O'Donnell by 26 points against presumptive Democratic nominee Chris Coons.

Polls in Delaware close at 8 p.m. EDT; shortly after 8, unofficial results should be available on the website of the state election commissioner.

In New Hampshire, the GOP Senate primary is technically a four-way contest between Attorney General Kelly Ayotte, former state Board of Education Chairman Ovide Lamontagne, and businessmen Bill Binnie and Jim Bender. In reality, though, it’s a two-horse race between Ayotte, who has been endorsed by Sarah Palin, and Lamontagne, who has extensive Tea Party backing and enjoys the endorsement of the hard-right Union Leader.

Members of Ayotte’s team, including former Rep. Bill Zeliff (who suffered a career-ending defeat to Lamontagne in the gubernatorial primary in 1996), have played down Lamontagne’s threat to the woman Sarah Palin calls a "true Conservative," but the numbers tell a different story. Until recently, polls showed Ayotte comfortably ahead of Lamontagne, by around 30 points, with Binnie -- who has poured his fortune into the race --in second place. But Binnie's support seems to be evaporating while Lamontagne has been surging; a final poll taken this Sunday showed Ayotte's lead down to a mere 4 points over Lamontagne, with Binnie far back. Like Castle in Delaware, Ayotte would be heavily favored to win in the fall (against Democrat Paul Hodes), if she gets through the primary. Lamontagne, whose fiercely conservative views contributed to his lopsided loss in the '96 gubernatorial general election (his last bid for office before this year), would be more of a wild card.

The last polls close in New Hampshire at 8 p.m. (though the majority close at 7); check the website of the New Hampshire secretary of state's office for results beginning shortly afterward.

Outside of New Hampshire and Delaware, the most compelling action tonight should be in New York. The GOP gubernatorial primary is a very close contest between Rick Lazio and Carl Paladino, a Tea Party favorite who attracted attention early in the race for circulating baldly racist e-mails. (Granted, one would be excused for thinking it doesn’t much matter who wins, since the prize is a chance to lose to Andrew Cuomo on Nov. 2.) We'll also find out if Rep. Charlie Rangel, who lost his Ways and Means gavel earlier this year in an ethics scandal, can survive the biggest threat of his four-decade political career. He is strongly favored to win the primary in his Harlem-based 15th District, if only because the anti-Rangel vote figures to be split among multiple candidates. And in the neighboring 14th District, longtime Rep. Carolyn Maloney is expected to prevail against a challenge from Reshma Saujani, whose coziness with Wall Street has attracted national attention.

Primaries will also be settled in Massachusetts, Wisconsin, Washington, D.C. (where Mayor Adrian Fenty, once touted as a Democratic rising star, is expected to lose to Vincent Gray), Maryland and Rhode Island. Polls in all these states close at 8 p.m., except in Rhode Island, where they close at 9.

For further background on today’s most important races, see the following highlights from Salon’s primary coverage over the past few months: