But the bill could still face challenges. Also: What would Sarkozy make of recent reports of veiled Hasidim? 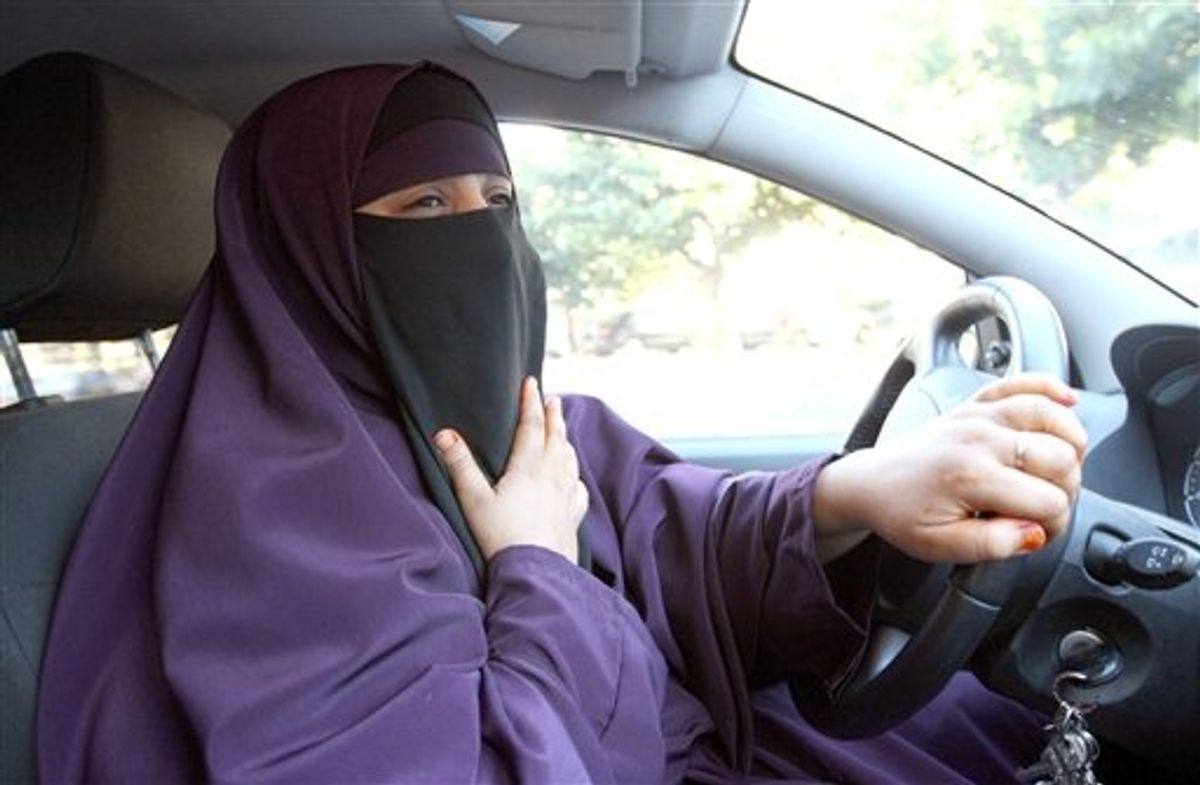 France's Kenza Drider , wearing a niqab, drives a car in Avignon, southern France, Monday, Sept. 13, 2010. A ban on the burqa-style veil, to be voted on Tuesday in the Senate, would affect only a tiny minority of Muslim women _ estimated at less than 2,000 _ making it far less controversial than France's 2004 ban on Muslim headscarves in classrooms, which proliferated in heavily immigrant neighborhoods. (AP Photo/Claude Paris) (AP)
--

It's official: The veil ban has passed the French Senate. The law, which imposes either a hefty fine or citizenship classes on those caught wearing the full veil, now faces one final hurdle: the constitutional court. (Drats, that pesky constitution.) It's also vulnerable to "a challenge from the European Court of Human Rights in Strasbourg, where decisions are binding," the BBC reports. In fact, France's top administrative court previously warned that the ban might be a violation of personals freedom. (Drats, those pesky personal freedoms.) These potential interferences aside, though, there will be a six month grace period and then the crackdown begins.

This reminds me of a fascinating story I came across last week about male Hasidim wearing face veils for the pre-Rosh Hashanah pilgrimage to a religious site in Ukraine. Haaretz reported that "pilgrims are being encouraged to bring scarves along" to protect against "immodest sights" during their travels -- specifically in airports. As you might imagine, and as you can see in the remarkable photo accompanying the article, a veil that protects the wearer from "immodest sights" is quite different from the niqab and burqa. The cloth falls over the face and ends around the nose or chin without any opening for the eyes. I can't help but wonder what President Nicolas Sarkozy, who called for the drafting of the burqa ban, would think of this practice.