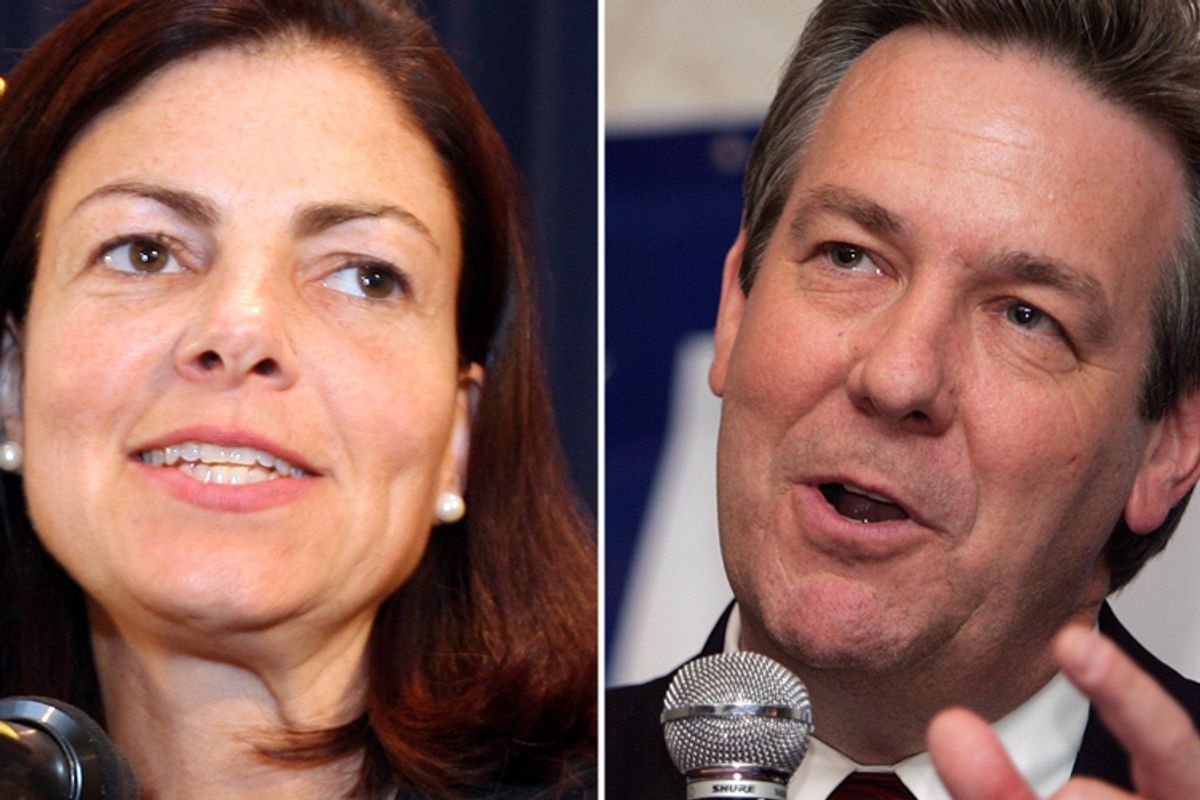 [Updated]With startling wins by Christine O'Donnell in Delaware and Carl Paladino in New York, Tuesday was undeniably a triumphant day for the Tea Party movement (also known as the disgruntled GOP base). But it appears the Tea Partiers may have fallen just short of a clean sweep of the night's three marquee contests.

With 89 percent of the vote tabulated in New Hampshire, Ovide Lamontagne, the underfunded candidate of the right-wing grassroots, is running about 1,200 votes behind Kelly Ayotte, the state's attorney general and the favorite of the GOP establishment. Ayotte hasn't yet been declared the winner and a recount is still possible, but the trend doesn't favor Lamontagne, who jumped out to a sizable early lead when the returns began trickling in, only to watch it steadily erode. (There is a simple explanation for this: Manchester, the state's largest city and a Lamontagne stronghold, traditionally reports its numbers first.)

If Ayotte does hold on, it will be a big disappointment for Democrats, who see the hard-right Lamontagne as a riper November target. You can't blame them for thinking this way: The last time Lamontagne ran for office, in the 1996 gubernatorial race, he came from nowhere to upend the GOP establishment's choice in the primary, only to be rejected -- handily -- in the general election against Democrat Jeanne Shaheen. (Although, in fairness, the most recent poll from PPP found no difference between Lamontagne's and Ayotte's general election standing; still, his ideology might make is easier for Democrats to paint him as an unaccepable extremist.)

Ayotte has led Rep. Paul Hodes, the Democratic nominee, all year in polls. Given the national climate and New Hampshire's embrace of Democratic candidates in 2006 and 2008, the timing seems right for a correction this November -- meaning that Hodes will need to catch a break to win the race. Lamontagne's late charge in the GOP primary was starting to look like that break, but now it may be back to the drawing board for the Democrat.

Update: Ayotte has now been declared the winner. With all the ballots tallied, her margin is around 1,600 votes. No word yet if Lamontagne will seek a recount.