Would you like some Coke with that "corn sugar"?

Need another reminder why too much sweet stuff is bad for us, no matter what we call it? Read "The Coke Machine" 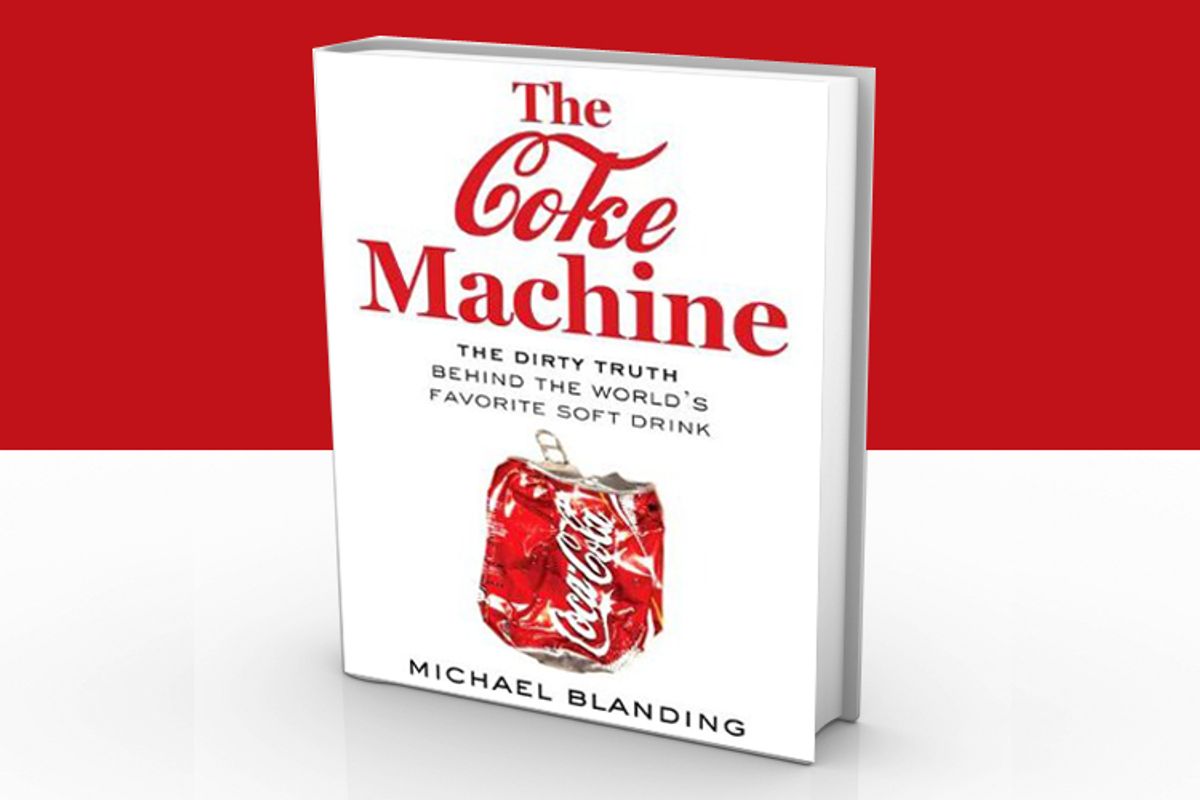 Something tells me that the effort by the Corn Refiners Association to rebrand high-fructose corn syrup as "corn sugar" is not going to go well, even if past name-changing efforts have gone swimmingly. I must confess, I had no idea that the Canadian oil seed industry successfully got the name "low erucic acid rapeseed oil" changed to "canola oil" back in the late 1970s, but we live in a different age today. We have the Internet now, and a billion bloggers will eagerly expose and mock every single use of the term "corn sugar" from now until the entire planet suffocates under the weight of morbidly obese humanity. We will never forget its genesis.

The corn refining industry says it is worried about "consumer confusion." Why can't Americans understand that high fructose corn syrup is just sugar? It must be the name -- "high fructose corn syrup" sounds spooky and unnatural, a fact that lends subconscious support to the argument that HFCS is a health risk.

I'm not going to take a position here on whether or not HFCS actually is a health risk. The question is so caught up in a morass of ideological agendas and corporate-funded research, that yes, I agree, it is confusing.

So let me break it down. Consumption of too much sugar -- no matter what you call it, or where it comes from -- sugar cane, corn, or sugar beets -- is bad for you. When the government assists in keeping the price of food products containing sugar artificially low by subsidizing the production of corn, that's even worse.

This point is not new -- certainly not since Michael Pollan made it one of the major themes of "The Omnivore's Dilemma." But if you'd like yet another iteration of why high fructose corn syrup is a menace to society, you might be interested in Michael Blanding's "The Coke Machine: The Dirty Truth Behind the World's Favorite Soft Drink," due out in bookstores on September 16.

It's always useful to be reminded of how little true concern modern American corporations have for the health of their consumers. Coke obviously prospers when people drink more Coke. But as Blanding points out, up until the early 1980s, the price of sugar always placed a constraint on just how fast Coke could ramp up sales volume. The invention of ultra-cheap high fructose corn syrup changed all that. In 1985 Coke switched to a 100 percent HFCS formula, as did its major competitors. The era of the Big Gulp was suddenly upon us: "Annual soda consumption soared to 56.1 gallons -- more than 600 cans -- per person in 1998, up 30 percent from 1985..."

"The Coke Machine" is about a lot more than just high fructose corn syrup. Blanding roots his tale in the birth of the advertising era, and he is particularly effective in telling the story of how Coke fought to monopolize the sale of soft drinks to school children. There's really no way to uh, sugar coat it: Coke profits by making Americans fat. High fructose corn syrup is a crucial weapon in its arsenal. We should consume less of it, no matter what we bother to call it.

How The World Works Nutrition