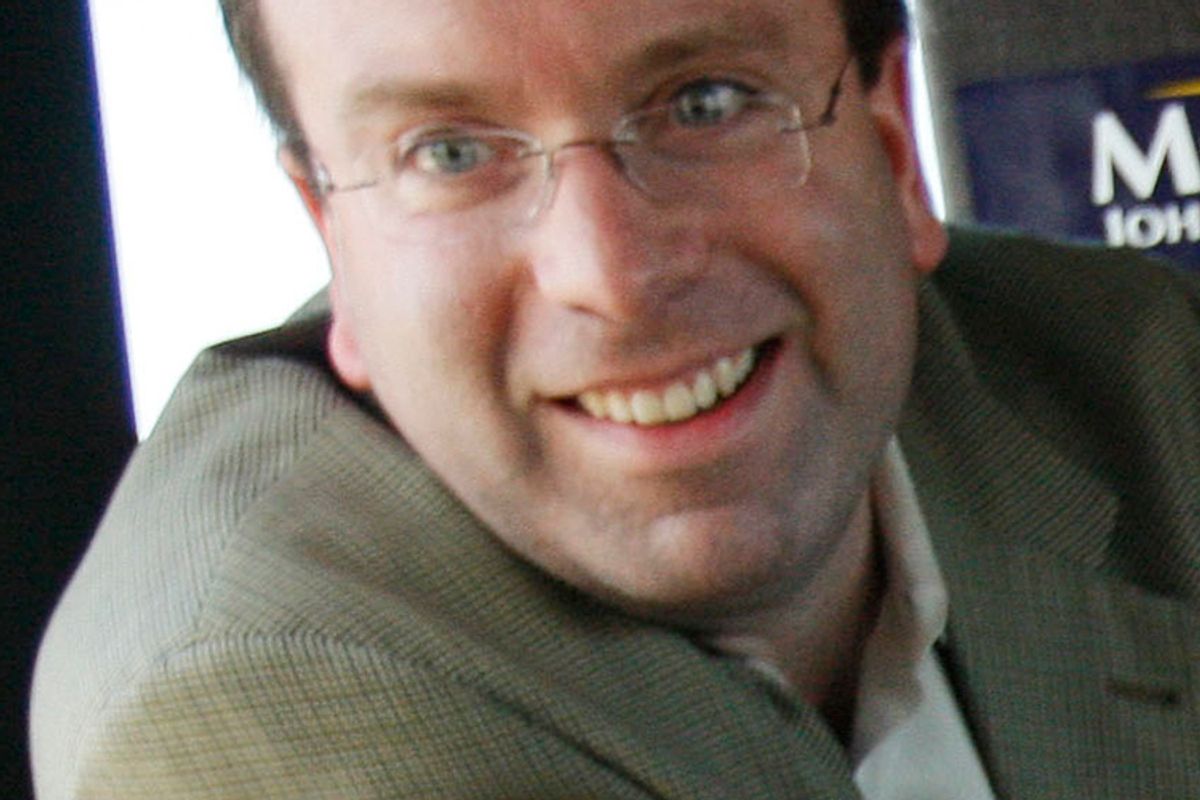 Making fun of the whiteness of the Tea Parties -- and their sad attempts to change said whiteness -- is incredibly easy pickins. And that is why it is the subject of today's Op-Ed column by newly minted Washington Post opinion columnist Dana Milbank. And Milbank's opinion is that puns are really, really funny.

Look, it is illuminating and amusing that Matt Kibbe and Dick Armey have launched a website that asks the question, "Are you a Diverse Tea Partier?" in order to collect photographs of black people to prove they're not racists. It is also funny that they only got five responses.

DiverseTea, evidently, takes a long time to steep. Still, its launch is an acknowledgment that movement leaders are sensitive to the impression that the Tea Party is largely a coalition of angry, white, Protestant men. White tea may be loaded with antioxidants, but it's too weak a brew to sustain the movement.

I guess ol' Howie Kurtz wasn't having a laugh when he promised that new liberal Op-Ed columnist Milbank wouldn't be "putting his funny side ... in a blind trust."

The column, based on a Christian Science Monitor-hosted breakfast that was already written up in the news side, concludes by saying that Republicans, and the Tea Parties, are demographically doomed, because they are old and white, and also the Tea Parties are racist.

It ends with another pun based on a the name of an herbal tea that doubles as a gay joke.