The paranoid style in American punditry 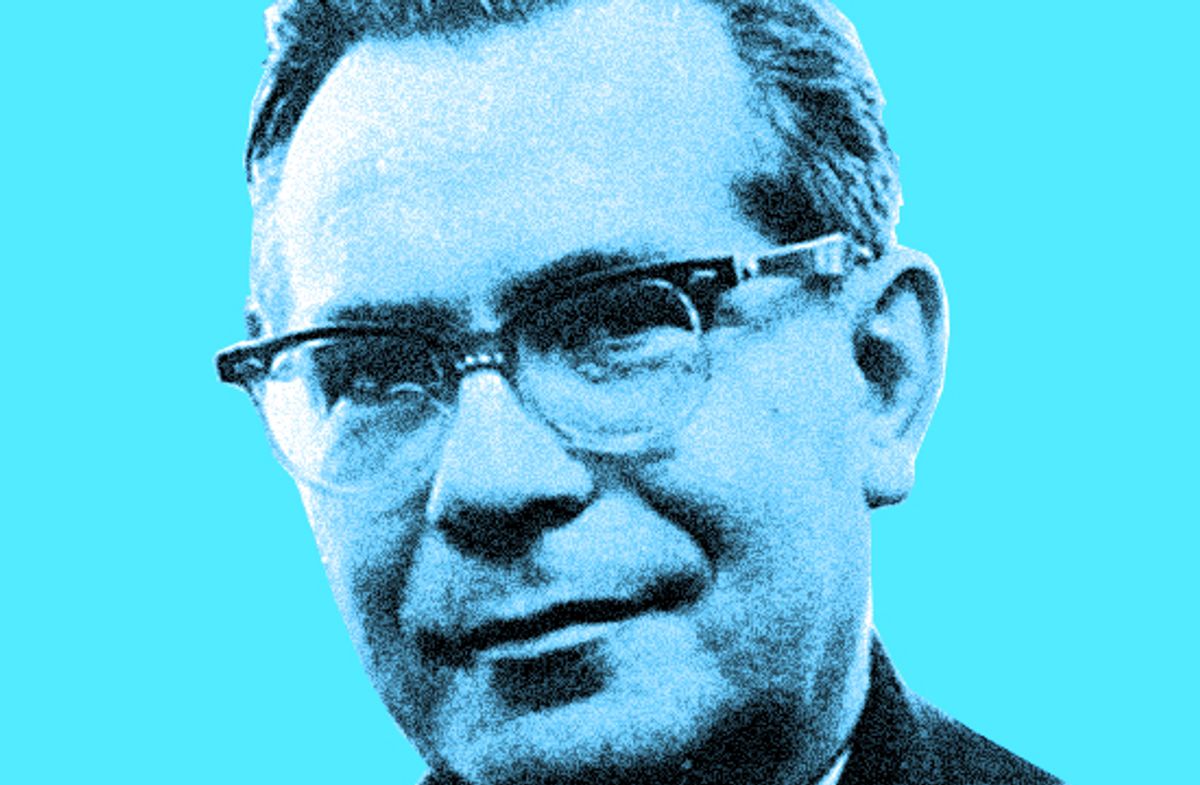 I spent most of August more or less disconnected from TV, the Internet and print news outlets, so when I caught up with a friend on the phone, I asked him to brief me on which stories had captured the nation's attention. He tried to explain the controversy over the Park51 Islamic culture center, but it wasn't easy. "So, why is this anti-Muslim panic coming up now?" I asked. "What triggered it?" "I keep going back to Richard Hofstadter's 'The Paranoid Style in American Politics,'" he replied. "It's not necessarily about Islam. These people need an enemy."

I took that as my cue to return to the Pulitzer-winning historian's seminal essay on American political crackpottery. Originating as a 1963 speech delivered in Oxford and first printed in Harper's magazine in 1964, it can currently be found in a collection, also called "The Paranoid Style in American Politics," reprinted by Vintage Books.

Hofstadter, who died in 1970, made a minor specialty of analyzing right-wing fringe movements -- what he called "pseudo-conservatives" -- particularly the groups clustered around Barry Goldwater's 1964 political campaign. In-the-moment political analysis doesn't always hold up over time unless you really strain to find contemporary parallels, and not all of the book still rings true. Hofstadter himself felt moved to write a qualifying update to an earlier, influential 1954 essay, "The Pseudo-Conservative Revolt" (also included in this book), to encompass the Goldwater movement and its satellites.

That said, "The Paranoid Style in American Politics" (along with most of the essays in the collection) never seems to get old. The John Birch Society, the state of the art in anti-Communist fringe groups in 1964, was, as Hofstadter pointed out, merely the latest iteration of a mentality that cropped up every generation or so, each time with a new supervillain. Over the centuries, America's political paranoids have fomented scares about the Bavarian Illuminati (a European anti-clerical movement -- "it is uncertain whether any member of the Illuminati ever came here," Hofstadter remarks), Catholics, Freemasons, Mormons and international bankers (often characterized as Jews) before finding the ideal antagonist in international Communism.

Whatever their boogeymen (and in the case of anti-Communist fanatics during the Cold War -- paranoia's golden age -- the fear was grounded in fact), these groups shared the same baroque and fantastical imagination. This is what Hofstadter meant when he referred to a persistent "style." Its elements are: "the central image" of "a vast and sinister conspiracy, a gigantic and yet subtle machinery of influence set in motion to undermine and destroy a way of life"; an "apocalyptic" mentality, that "traffics in the birth and death of whole worlds, whole political orders, whole systems of human value"; and an insistence on seeing all political differences as "a conflict between absolute good and absolute evil."

With the passing of the Soviet Union, the paranoid style lost a bad guy made in heaven, and the years since have seen a restless casting about for a suitable replacement. Hofstadter essentially argued that, while political paranoids claim to be driven to their crusades by the nefarious misdeeds of their designated fiends, really it's the other way around; the craziness comes first and then seeks an appropriate object. It looks even crazier when it can't quite settle on a sufficiently dastardly evildoer. For example, "The Paranoid Style in American Politics" reads like a playbook for the career of Glenn Beck, right down to the paranoid's "quality of pedantry" and "heroic strivings for 'evidence,'" embodied in Beck's chalkboard and piles of books. But Beck lacks an archenemy commensurate with his stratospheric ambitions, which makes him appear even more absurd to outsiders.

Will the next villain be immigrants, or the gays (with their diabolical "agenda"), or the "liberal elite"? (Hofstadter pointed out that the left is certainly not free of this mind-set, and so Dick Cheney and Halliburton have often served as the designated superhumanly competent malefactors for the other side, as in the 9/11 "Truth" movement.) The trouble is, immigrants, gays and liberals have an irritating tendency to turn up, undisguised and manifestly harmless, in everyday life.

Muslims, on the other hand, are still exotic to many Americans, and a handful of Islamic extremists have proven adept at disguising themselves as regular people while secretly pursuing baleful and murderous schemes ostensibly aimed at world domination. Terrorist cells in our neighborhoods aren't bad enough, however. Hofstadter saw the idea of infiltration at the highest levels of power as central to the paranoid style. Sen. Joseph McCarthy, for example, wrote an entire book arguing that Secretary of State George C. Marshall (architect of the Marshall Plan) was a Soviet mole who had systematically and traitorously sabotaged U.S. interests.

Is it any wonder, then, that a growing number of Americans insist on believing that Barack Obama is a secret Muslim? This fantasy is the last piece needed to make an imaginary international Islamic conspiracy fit the formula for political paranoia laid out by Hofstadter 46 years ago.