A sick woman, a haunted house and evil in the shadows -- it's more Iberian gothic from the "Orphanage" team 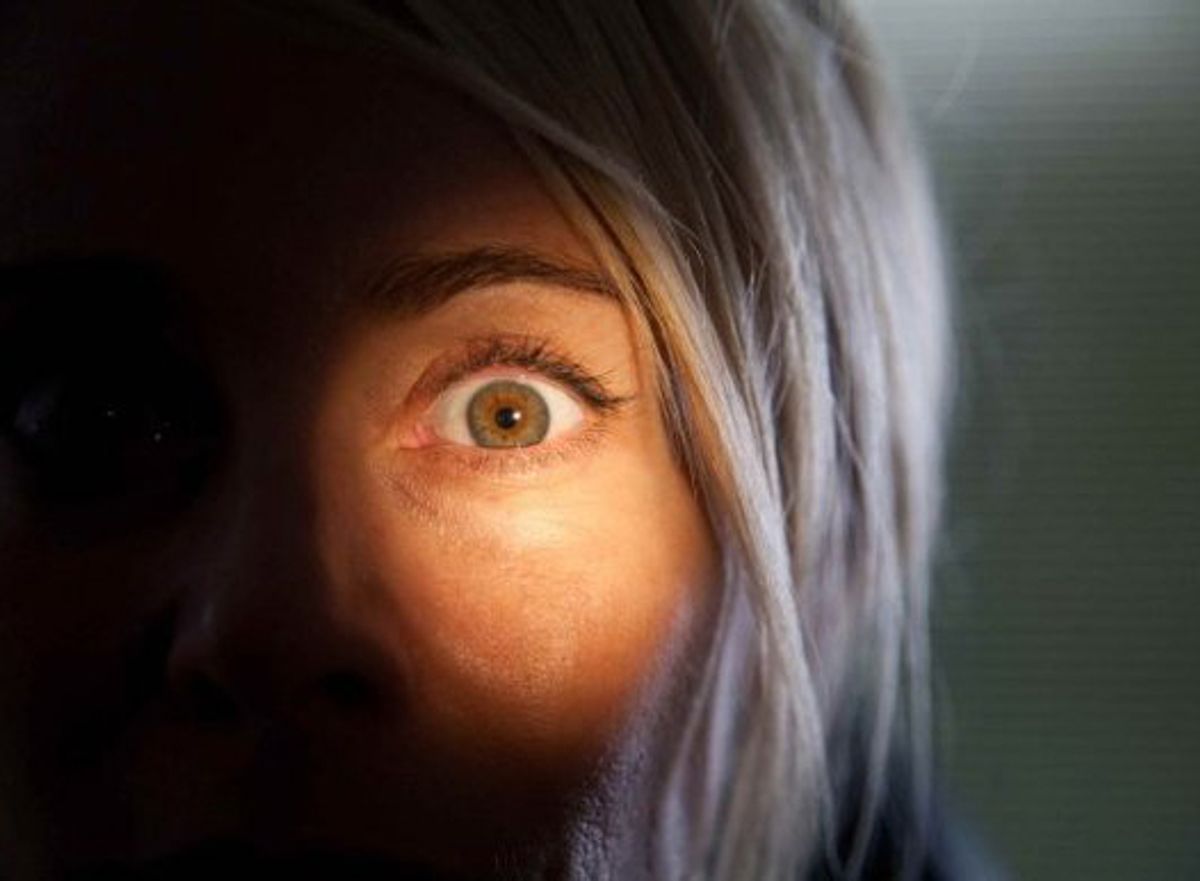 TORONTO -- It's tough to keep track of horror-fantasy auteur Guillermo del Toro, who seems to be stretching himself thinner than Reed Richards of the Fantastic Four at his rubberiest. He's making "The Hobbit" or he's not. (Currently not, which is wise.) He's making a movie of H.P. Lovecraft's "At the Mountains of Madness." (Please, Lord, make this be so.) He's making a new version of "Frankenstein." Which sounds good and all, but do we really need the 57th revisionist retelling of Mary Shelley's oh-so-allegorical tale? All told, del Toro has 11 or 12 films in some state of development, as some combination of director, producer or writer.

This week in Toronto we got to see "Julia's Eyes," the latest stylized Spanish horror flick made under his aegis, which reassembles much of the creative team that made "The Orphanage" in 2007. This is altogether a chillier, slicker and colder affair, formal and beautiful in composition and shot through with a sadistic eroticism that strongly suggests Brian De Palma. But it's still in the vein you could call Iberian gothic: We're in gloomy, Atlantic northern Spain, not the sunshine of Castile or Catalonia, with a beautiful heroine pursued by malevolent forces that are largely unseen and may be unreal. ("Julia's Eyes" does not yet have a United States distributor, but it will surely find one.)

As with that film, Del Toro produced but did not direct, leaving that job to Guillem Morales, who co-wrote the script with Oriol Paulo. (Juan Antonio Bayona, who directed "The Orphanage," is reportedly working on a Hollywood thriller with Naomi Watts and Ewan McGregor.) Once again our star is the gorgeous Belén Rueda, way more sexed-up this time in a succession of plunging necklines and skimpy nightclothes. (This is exactly the kind of movie where the heroine spends a lot of time running around at night, in the rain, with inadequate attire.)

Rueda plays the titular Julia, who like every beautiful woman in this kind of gothic tale is encumbered by a dangerous disability. No, she's not a psycho, at least not yet -- but she does have the same degenerative eye disease that recently blinded her sister. Said sister was also just found dead in the basement of her spooky-loo house where the electricity never seems to work, under conditions that Julia finds suspicious but make everybody else roll their eyes. Women! What are you going to do? They're always thinking that there's some shadowy evil dude lurking in the dark corners, that only they can see! Ho ho ho!

Julia's scornful husband is played by the great Catalan actor Lluís Homar, and it's kind of a limited role for a giant of Spanish cinema. "Julia's Eyes" is all about that horror-movie ambivalence toward women, captured in a magnificent performance by Rueda, who is damaged, vulnerable, agonized but of course ultimately resilient. Even more than that, it's about director Morales' often-startling set pieces and the elegant but supremely cold compositions of cinematographer Óscar Faura.

I doubt this project occupied much of del Toro's attention, and it's fundamentally an exercise in genre and style -- but what style! The brooding skies and gray-green trees, the closely packed prewar houses, the naked bodies in a locker room full of blind women, the deepening shadows as Julia's sight gives way and evil comes ever closer. Even the deep, dark crimson when we finally see blood. (Despite this movie's moodiness, it's not without its share of gruesome gore.) In the long arc of Guillermo del Toro's career, "Julia's Eyes" is a minor side project -- but we can only wish that one in 20 American horror films were this well made.