Calm down, press releases tell us nothing about Palin's '12 plans 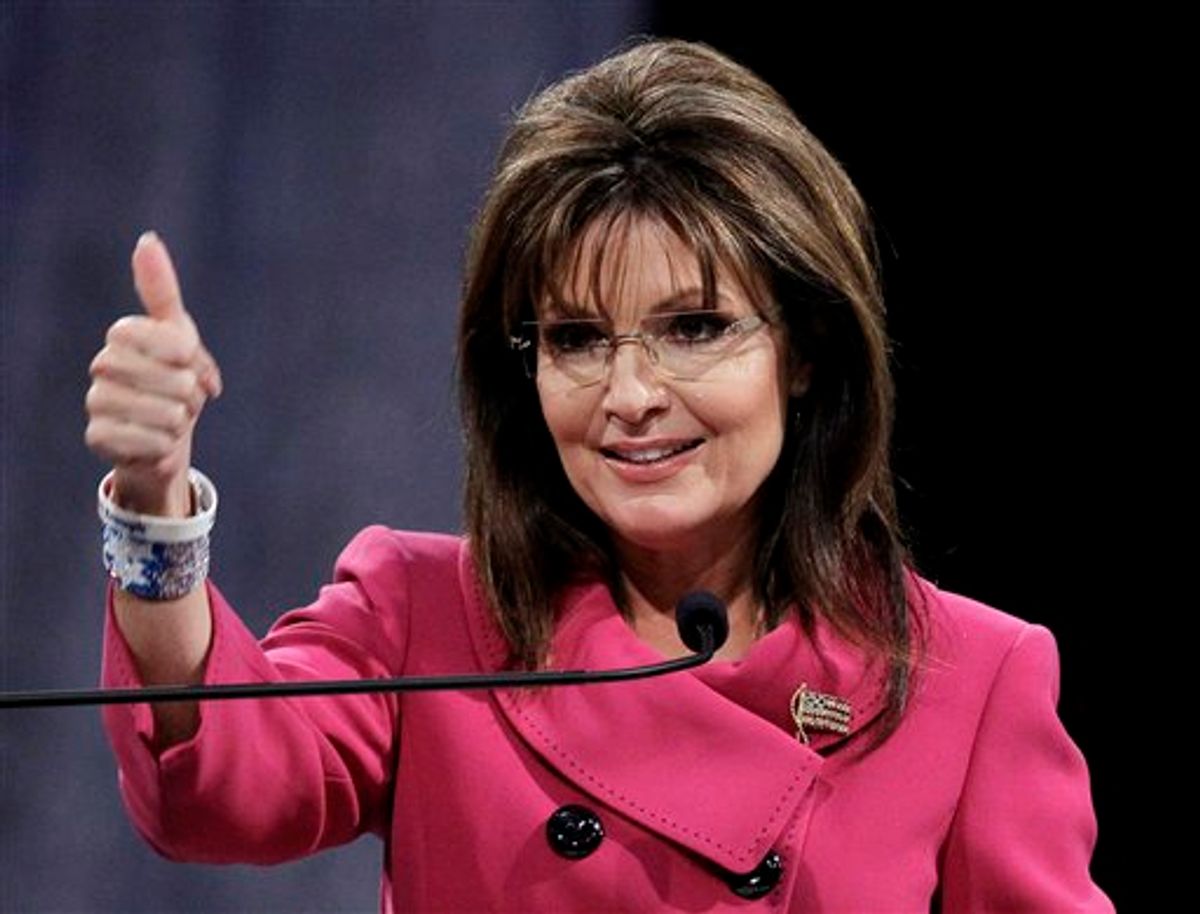 OK, there's actually some good reporting in Shushannah Walshe's Daily Beast story about Sarah Palin's organization (via Goddard), so I shouldn't make fun. But I've already seen a couple of tweets and a Jonathan Chait item that seem to be buying what the story is selling, which is that some sort of turning point has been turned as far as Palin's presidential ambitions. On that score, the story certainly does not deliver. What Walshe has is what we've already known -- there's a PAC, she goes on Fox News, she's made a bunch of endorsements, some for candidates who have won, she travels a lot, including an upcoming appearance in Iowa -- combined with exactly one new details:

But lately, alongside the personal tweets that have been a primary means of communicating with the outside world in recent months, Team Palin has begun issuing press releases. The smoke signals indicate her staff has begun working in earnest on a White House run.

No, really; those press releases are the only new presidential-oriented activity reported in the story.

Look, the deal here is that people are getting the question wrong. Palin is, and has been since November 2008, running for president. Period. That is, she's doing at least the minimum things that she would have to do at this point. That's still true (press releases or no). In Josh Putnam's formulation, she's running for 2012, although we do not yet know -- she might not yet know, or she might "know" without eventually being correct -- whether she'll be running in 2012. As observers, what we can do is to figure out what each candidate would have to do at this point to remain a candidate, and see if those things are happening; beyond that we're just going to be speculating. And note that not all candidates have the same list of what they would have to do. For the Sage of Wasilla, with perfect name recognition among GOP primary voters, a lot less activity is needed now than it is for a Tim Pawlenty or a Jim DeMint.

So, I recommend reading Walshe's story for the organizational detail she explores, but beyond that there's nothing much new here. Of course Sarah Palin is running for president right now. In the future? We'll see.