Senate gets back to business of not getting business done 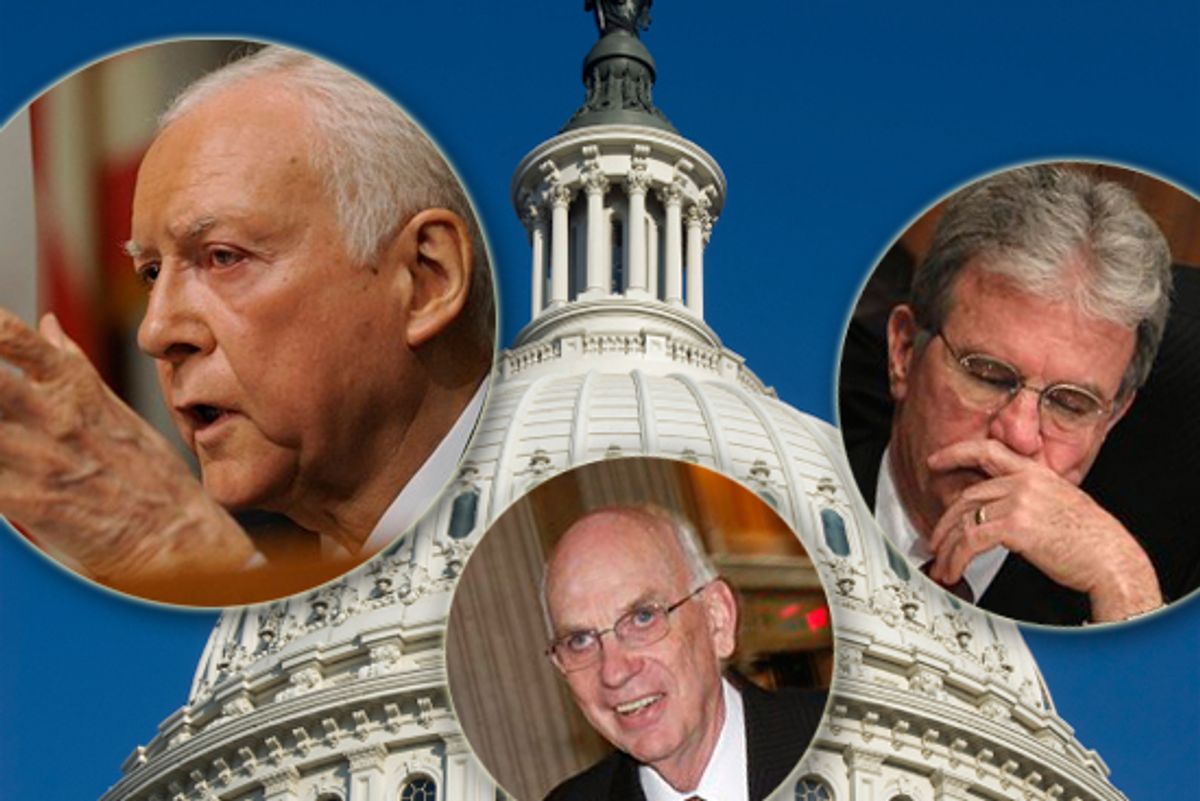 I know there are nutty past statements by Republican Senate nominees to sift through, but out in our nation's capital, the nuts who already won their elections are getting back to work. The first order of business: To obstruct all business, and bemoan everyone's inability to get anything done.

First up, immigration reform. Democrats are again working on the DREAM Act, which would provide a path to citizenship for young people who came to America illegally as children, stayed out of trouble with the law, and spent at least two years in college or the military.

Reid is going to attach the DREAM Act to defense appropriation bill, which is a common, slightly dirty trick that represents one of the few ways to get anything voted on in our stupid Senate.

This bill would only help young, American-educated model citizens. Only about 825,000 people would probably become citizens. The act was proposed -- in 2001! -- by Republican Orrin Hatch. Even those lovable, Democrat-hating cranks at Reason like the bill. In 2007, Hatch and Bob Bennett voted to add the act to the defense authorization bill.

And this year, of course, Orrin Hatch and Bob Bennett will vote against the bill. And John McCain will block the defense appropriations bill if it includes shamnesty for innocent children or allows patriotic gay Americans to serve their country in the military.

It's obviously cynical to attach this bill to the defense appropriations on the eve of the midterm elections, but if cynical electioneering is the only way to get things done, I'll take it. Hatch, however, will not.

“Senator Hatch doesn’t support cynical political stunts," spokeswoman Antonia Ferrier said in a statement. "This defense bill shouldn’t be held hostage to unrelated measures that have no chance of becoming law. He believes we need to keep working to regain the American people’s trust by securing the borders."

Right, of course. Except that Hatch voted for the same stunt three years ago, but whatever.

Meanwhile, Tom Coburn, the Senate's most conservative obstetrician, is now blocking the new food safety bill, because he is a raging prick. Oh, and because of the deficit.

Coburn can single-handedly halt action on the bill just by threatening to object, which is a pretty cool way for our nation's legislature to work. Just remember to not eat any eggs until this bill is paid for, Americans.

And, of course, Fed nominees and judges are just not happening.

I can't wait for the next Congress!