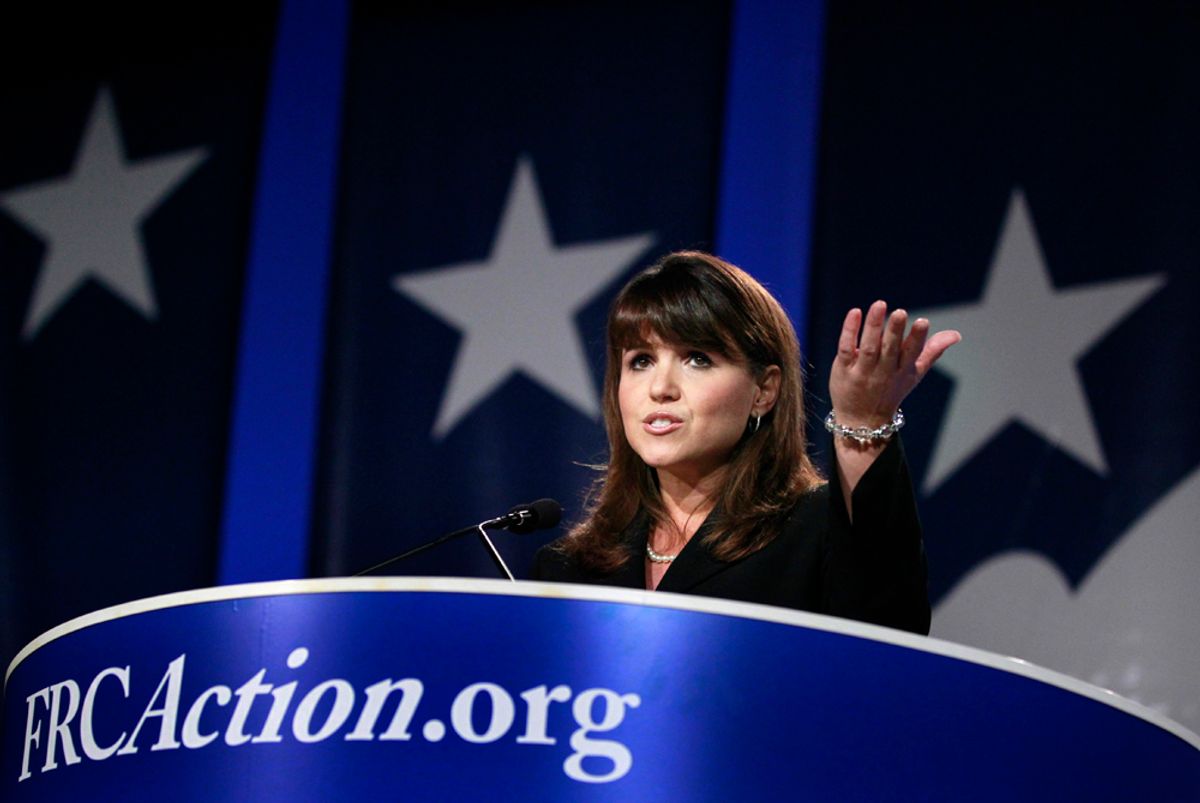 Christine O'Donnell just made her glorious debut as a national political figure, with a stirring speech to the Values Voters summit in Washington, DC. She knocked it out of the park, by which I mean, like Sarah Palin's 2008 convention speech, a disastrously unprepared candidate demonstrated an ability to competently read.

Her speech was almost completely free of the delightful nonsense that has peppered her entire career as a professional sayer-of-dumb-shit on TV. She did share a favorite bit of C.S. Lewis' Narnia books. (To much applause, because who doesn't love Aslan the Jesus-lion?).

She repeated the usual boilerplate about defending liberty and the Constitution and how all the elites are out to get regular Americans, like Christine O'Donnell. "They call us wacky," she said of these elites. "They call us wingnuts. We call us, we the people."

Oh, but she also joined the usual Tea Party liberty rhetoric with the old-fashioned Values Voters meat-and-potatoes social conservatism. Barack Obama's jackbooted thugs will personally buy your daughter an abortion, but "they won't let her buy a sugary soda in a vending machine."

It hardly matters what she actually said, though, because after a few days of the logical reaction to her victory -- basically, "ha ha ha" -- professional analysts and pundits are bored and it's time to change the narrative. The new story is, "is everyone wrong about her chances?"

Meanwhile, reporters are still combing through Lexis-Nexis. O'Donnell thinks of homosexuality as an identity disorder. Homosexuals are "getting away with nudity." And, yes, she once warned Bill O'Reilly about mad scientists creating human-mice hybrids.

O'Donnell's been on TV since before there was a Fox news, so she's not afraid of doing "real" interviews. She'll hit Face the Nation this Sunday.

But barring the unfathomable, liberals should remember that she'll be a much more successful national conservative figurehead than candidate for office in the quiet, liberal state of Delaware.