In light of the push to remove the full face veil from public, Princess Hijab's street art takes on new meaning 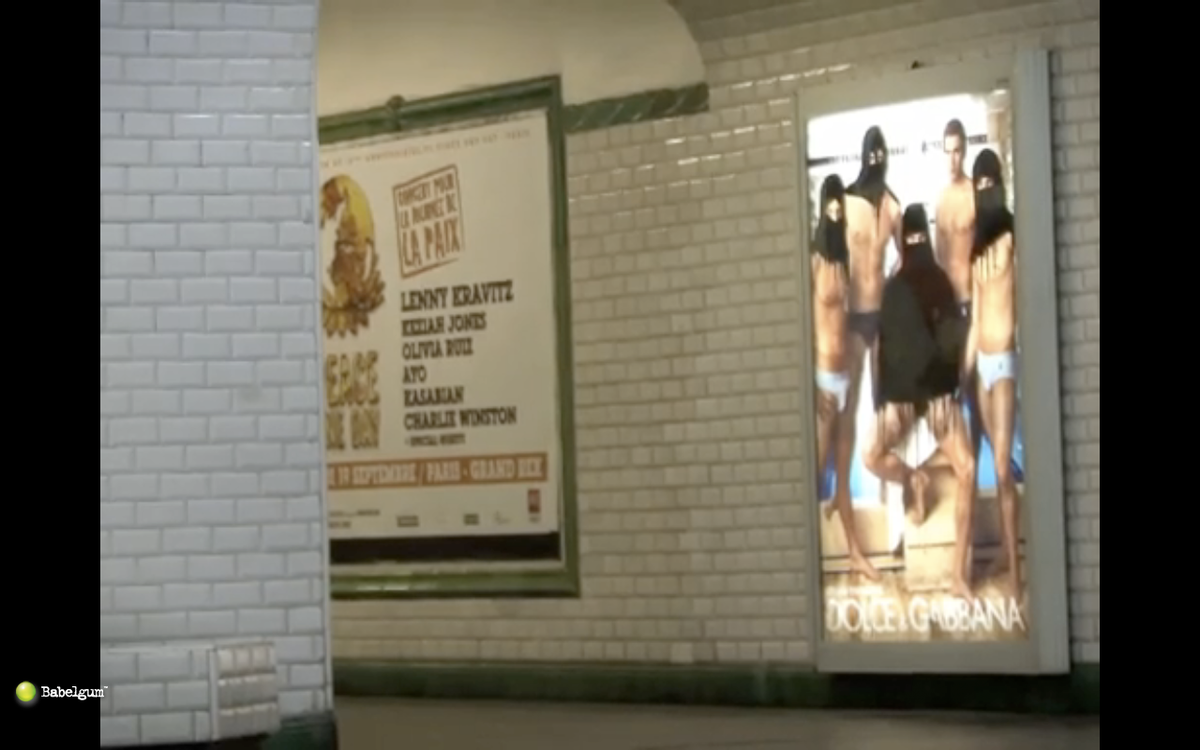 In the wake of France's approval of the burqa ban, a short documentary is circulating about Princess Hijab, a graffiti artist who sneaks around Paris drawing veils on models in subway advertisements. She claims to have no political agenda, and she's been on her veiling mission since 2006, but her project is taking on new meaning in light of the country's push to remove burqas from public spaces. The film only adds to that: We see her cover up well-oiled male underwear models with her black marker, and there are closeup shots of the surveillance cameras that are meant to protect the ads from her guerrilla modesty campaign. There's plenty of potent symbolism to be found.

Sarkozy's anti-veil campaign just might succeed, but he won't be able to fine these burqa-clad models.