The stiff former Massachusetts governor is out-working Sarah Palin, and has the advantage of history 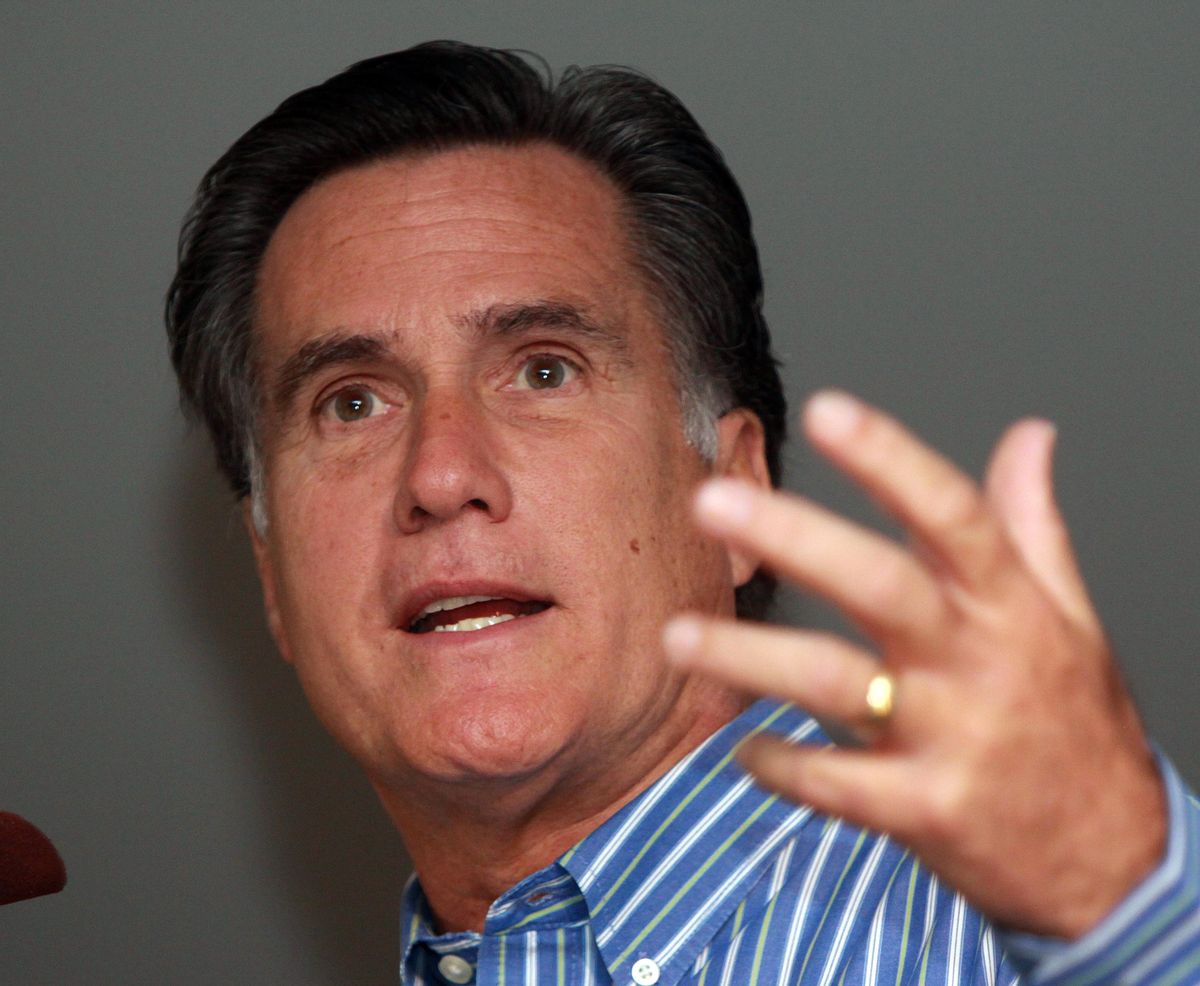 So. Sarah Palin is running for president. This is exciting news for Democrats who are worried about Obama's reelection prospects, great news for conservatives who hate establishment Republicans, and very sad news for Republicans who would like their party to be less crazy.

Lots of very sensible people seem to think she's the logical front-runner, or even the inevitable victor.

Meanwhile Mitt Romney is out there delivering the requisite raging speeches at the Values Voters summit, the sort of work that a prospective 2012 Republican candidate has to put in. Palin's going to Iowa, but she's going to deliver one speech and then ignore the press, party leaders, and donors. That's not what a would-be nominee should be doing.

And Romney's way ahead of her at Intrade, which is, admittedly, a decidedly unscientific prognostication tool.

Yes, the GOP's been seized by the angry populist tea parties, yes, Romney supported Romneycare and TARP and he's Mormon and stiff. And Palin's on Fox all the time and her followers worship her. But almost every Republican is feted as America's top patriot on Fox. Palin sells a lotta books, but so does, I'm told, Laura Ingraham.

The simplest reason to bet on Mitt is that this is how the Republican party works. The nominee is the guy who "came in second" in the last contested primaries. (Unless it was Pat Buchanan, in which case it will be a Bush.) That means Romney -- or maybe Huckabee, a Palin type who's acceptable to thinking people. (But who's also hated by a lot of the GOP money people, for whatever reason -- which leads us, again, to Mitt.)

The crazies took over the GOP in 1994, too, and their 1996 nominee wasn't Gingrich or Coburn, it was Bob Dole. As in, Bob Dole who'd taken the lead in negotiating a health care compromise with Clinton, until he realized he needed to veer right to win the nomination.

So, yes, Palin is running. But the nomination is still Romney's to lose. And he's being very careful.