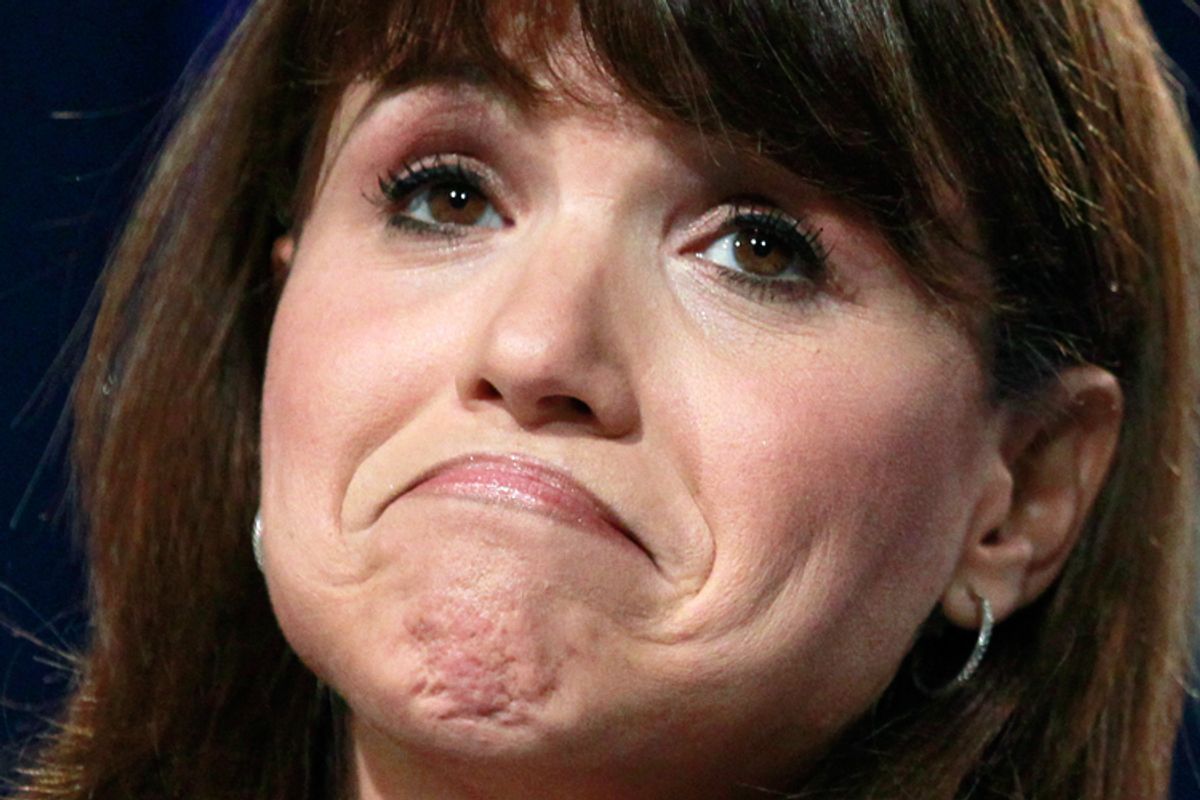 Citizens for Responsibility and Ethics in Washington on Monday filed complaints with the U.S. Attorney’s office in Delaware and the Federal Election Commission against Christine O'Donnell, the Tea Party-backed Republican Senate nominee in Delaware. The group alleges that O’Donnell, a perennial candidate who waged two losing (and little-noticed) Senate campaigns before this year, has been breaking the law for years by using campaign contributions for personal use, paying for gas, rent, even bowling.

The complaint includes a signed affidavit from David Keegan, a former campaign aide. Keegan said he became concerned about O'Donnell’s use of campaign money soon after joining her last Senate campaign (against Joe Biden) in June 2008, in part because "she had no other visible source of personal income."

Keegan claims that O’Donnell sold her house to her campaign attorney, Brent Vasher, because she was failing to make her mortgage payments and that O’Donnell then used campaign funds to pay rent back to Vasher.

An expense report for Friends of Christine O’Donnell from early last year, which is available on CREW’s website, does include a payment of $750 to Vasher for an "expense reimbursement."

Keegan goes on to allege that O’Donnell used her campaign treasury as a personal checking account, dipping into it to pay for gas, meals, and "even an outing to a bowling alley." In the report, O’Donnell does claim to have spent $19 in "travel expense" at Pike Lanes, a bowling alley just north of the Pennsylvania Turnpike in Southampton. O'Donnell's FEC report also includes numerous charges from gas stations and stores like Dollar Tree, Trader Joe’s, Target and Kmart, among others.

CREW says O’Donnell broke the law. The group issued a statement alleging that, "By misusing campaign funds, Ms. O'Donnell committed the crime of conversion; by lying about her expenditures on forms she filed with the FEC, she committed false statements; and by failing to include the campaign funds she misappropriated as income, she committed tax evasion."

We reached out to O'Donnell's campaign for a response and will update if they get back to us.