"Freedom": Which character is Jonathan Franzen?

Richard isn't a stand-in for the author, but the character's irresistible negativity is what makes the novel work 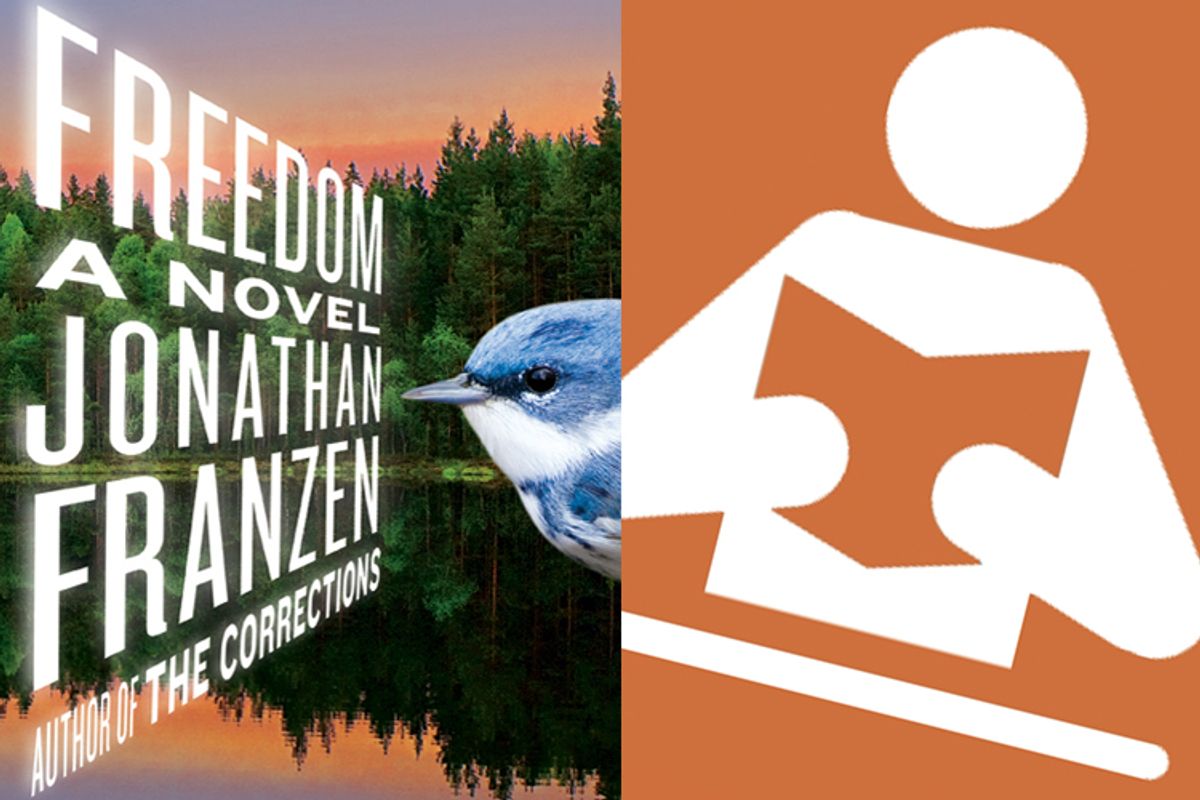 "There had always been something not quite right about the Berglunds." This is the general consensus among the Berglunds' former neighbors when, long after they've moved, Walter Berglunds' name suddenly resurfaces in an unfavorable New York Times feature. "Freedom" is Jonathan Franzen's 500-page exploration of just what that "not quite right" something is; and how it is that Walter went from left-wing ideologue "greener than Greenpeace" to lackey for a West Virginia coal mining company and figure of national media contempt.

This is not, however, as much Walter's story as it is his wife Patty's. One of the great ironies of the Oprah Book Club scandal of 2001 is how devoted Franzen actually is to creating complex female characters. "Freedom," I would argue, is written very much for women readers, much more than "The Corrections" ever was (so I'm not surprised that  Oprah has picked it for the her next Book Club), and much more for those readers than it is for the critics who are falling all over themselves to praise it (and I'm not bucking that trend).

But there's also plenty in here to like for readers who hate Oprah and/or mistrust critics. Curmudgeons will love the character of Richard Katz, former alt-rock star and perennial post-punk girl magnet. He is best friend to Walter, but ultimately lover to Patty. In a world teeming with lifestyle missionaries, Richard is a grounding reminder of a brief moment in the '90s when cynicism had a certain integrity. As Richard explains, "I don't do belief. I don't do vision."

Yesterday, Curtis Sittenfeld argued in The Observer that Richard was something of a stand-in for Franzen who, like Richard, toiled in obscurity for decades until achieving commercial success in 2001.  Franzen, however, does "do" belief and vision. It might seem like depressive realism isn't actually a vision, but it's the one that's been keeping psychiatry going for over a century. I don't think Franzen is Richard, but this book would be nothing without the balancing force of Richard's irresistible negativity. He, Walter and Patty are the love triangle that keeps this novel as philosophically balanced as a geodesic dome.

Patty seems apolitical. But she is really only in a rigid state of rebellion against an intensely liberal family. She is a gentrification pioneer, and daughter of a famous public defender and feminist politician. Patty pushes strollers though "broken beer bottles and barfed-upon old snow." She cooks from "The Silver Palate Cookbook" and uses cloth diapers. "She was already fully that thing that was just starting to happen to the rest of the street." So much so that the people who end up emulating her seem to have always disliked her.

There's a hashtag popular on Twitter right now, #franzenfreude, that is unfortunately being used by women writers envious of Franzen's current literary success. But franzenfreude is also a perfect description of just exactly what it is Franzen is so good at. He creates characters that you can't help wanting bad things for. Only to turn around and make you love them as though they were part of the same tangle of rage and affection that people often usually only feel for members of their own family.

Bad things do happen to the Berglunds. Terrible things. And at a certain level they are undeniably, and often, terrible people. Patty loves her son, Joey, to a point creepily close to incest. Joey, barely a teenager, starts sleeping with the girl next door, and then moves in with her trashy cougar mom and her redneck boyfriend, because unlike his parents, they let him do whatever he wants. It's easy to write him off as your garden-variety teenage sociopath. But gradually, using satire like paint stripper, Franzen patiently exposes the humanity that is almost always there if you get to know people well enough to let it emerge.

At one point Richard looks at Walter and sees exactly how Walter has "snapped under the pressure of thinking in too much detail about the fuckedness of the world." Franzen writes like someone who has snapped like that countless times, but then, every time, beaten the path back to sanity a little wider.