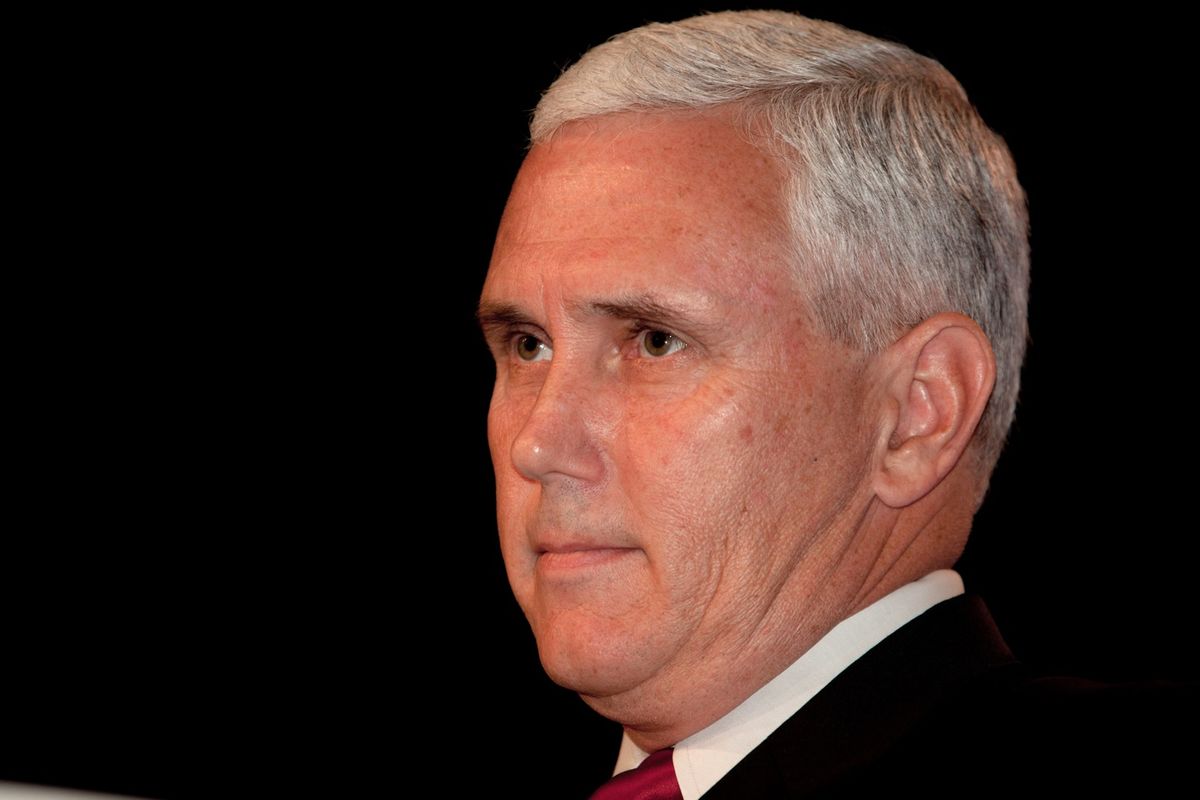 The big news out of the Values Voter Summit that wrapped up over the weekend is that Rep. Mike Pence of Indiana, a 51-year-old congressman who is little-known nationally, beat out Mitt Romney, Mike Huckabee, and Sarah Palin to win a plurality of 24 percent at the event's presidential straw poll.

So what excites conservatives so much about Pence?

Look no further than the fifth-term congressman's hardline speech on Friday: unapologetically Christian conservative on social policy, neoconservative on foreign policy, and anti-tax on economic policy. Personally, Pence could not be more different than fellow religious right luminary, and the runner-up in the straw poll, Mike Huckabee: Pence, though he's a former talk radio host, has none of the showmanship of Huckabee, and he delivers his lines with what the Washington Post once politely called "the even tones and polite demeanor of his Midwest upbringing."

Another way to say it is that Pence puts a non-threatening -- often downright boring -- face on extreme Christian Right politics. Don't underestimate the potential of Pence's geniality to generate friendly profiles in major newspapers in the coming weeks and months. But it's worth taking a close look at his platform, as laid out in the Values Voter Summit speech.

Here he is on abortion and the importance of "moral battles":

To those who say we should focus on cutting spending, I say 'Ok, let's start by denying all federal funding for abortion at home and abroad! Stop funding research that destroys human embryos in the name of science, and let's deny any and all funding to Planned Parenthood of America.'

We must not remain silent when great moral battles are being waged. Those who would have us ignore the battle being fought over life, marriage and religious liberty, have forgotten the lessons of history. As in the days of a House divided, America's darkest moments have come when economic arguments trumped moral principles.

Men and women, we must demand, here and now, that the leaders of the Republican Party stand for life, traditional marriage and religious liberty without apology!

And House Republicans will not rest until we have repealed their government takeover of health care - lock, stock and barrel. To those who say it would be too difficult to repeal and replace ObamaCare, I say it's a two step process. We repeal the Pelosi Congress in 2010 and replace the Obama Administration in 2012.

On the Middle East:

Recent criticism of Israel over construction in Jerusalem and acts of self defense was appalling. I never thought I'd live to see the day that an American administration would denounce the Jewish state of Israel for rebuilding or protecting Jerusalem. Let the world know this, if it knows nothing else: America stands with Israel.

On taxing the rich:

While the president talked about tax cuts in Cleveland, he also renewed his call for a tax increase on job creators in January of next year. Mr. President, higher taxes won't get people hired. Raising taxes on job creators won't create jobs.

After the Values Voter Summit, Pence said he has "no plans" to run for president, which leaves the door open for a bid. Of course, the track record of House members seeking the presidency is hardly encouraging. The last sitting congressman to win the White House was James Garfield in 1880, and the list of recent presidential aspirants from the House is littered with primary season afterthoughts: Dennis Kucinich, Ron Paul, John Kasich, Robert Dornan, Richard Gephardt, Jack Kemp, Phil Crane, John Anderson, and Morris Udall. From that group, only one -- Gephardt in 1988 -- managed to win a primary or caucus.