"Dancing with the Stars": The new season kicks off 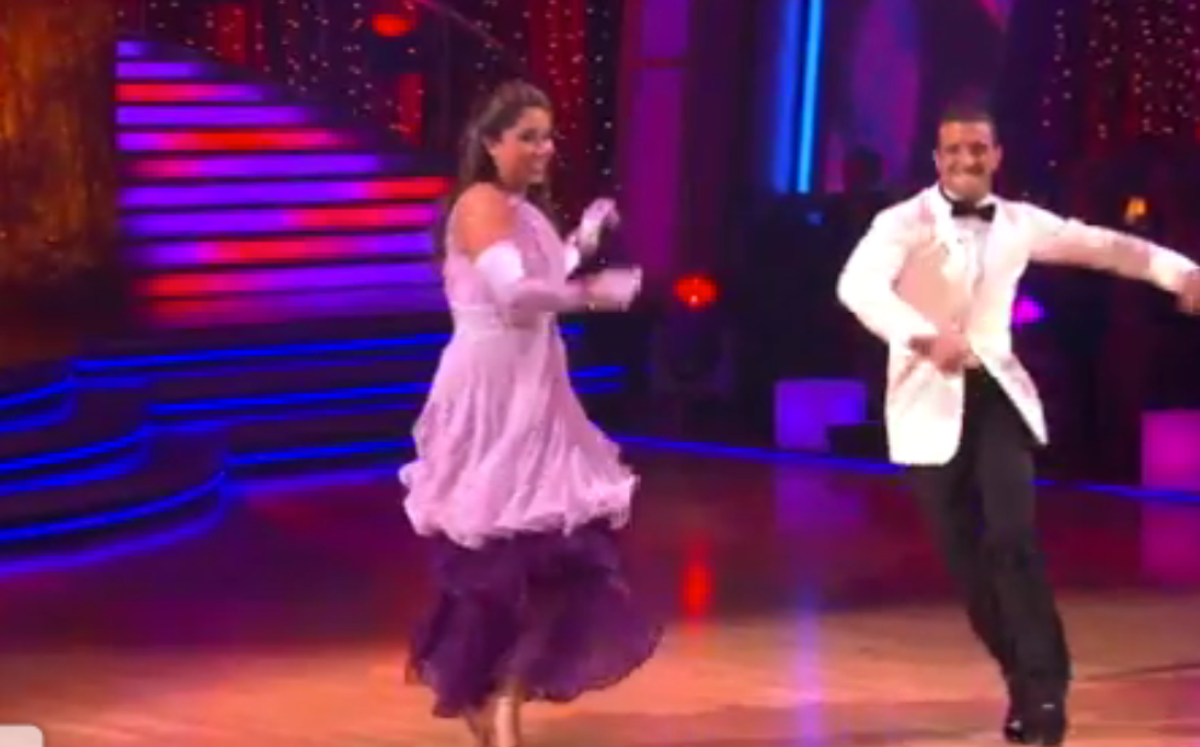 Bristol Palin dances on "Dancing With the Stars"
--

It's that time again -- the parade of celebrity backwash known as "Dancing with the Stars" -- perhaps a show that would be more accurately titled "Dancing with Has Beens, Soon Not to Bes, an Old Fart and a Sports Star." There's no great mystery to the appeal of this show. Once you've seen an internet video of David Hasselhoff rolling around his living room in his underwear, totally in the bag with a Bob's Big Boy cheeseburger dangling from his slurring lips, while his wounded daughter channels Ireland Baldwin in the background, you can't help but be intrigued to see what happens next -- even if you hate yourself for it.

"I'm so excited we're doing the cha cha," says Audrina Patridge of "The Hills", clearly SO excited. These types of girls are always pretty excited though -- in that "I just need to white knuckle it until Paris shows up with another 8-ball of blow" kind of way. Audrina has the timeless innocence of a newborn, and the brainpower to match. "Whose floor is this?" her partner Tony asks to get her psyched up for her performance, as she looks at him blankly wondering if it's a trick question. "The gym's," she thinks to herself, "isn't it?"

The judges gave her relatively good feedback, prompting the baby doll "thank yewwww" that we will probably hear only one more time before she's ousted.

Kurt's got The Lord on his side. I'm not sure how long he's going to wait until he starts shoving that Lord down the viewing audience's throat, but stay tuned my friends, because the time is nigh. Kurt Warner is an evangelical Christian with one mission in mind -- to save our souls from eternal damnation. And, judging by the fact that he came off as likable, humble and "naughty priest" sexy during his routine, he may just have a shot at mine.

He's Cory from "Cory in the House" and "That's So Raven," which might give you a clue to just how perky he is. In practice he and partner Lacey bonded right away on their shared energy, even though hers is decidedly more NC-17. No matter – the two of them nailed their routine – and not just on the strength of his personality and her oozing sexuality. Boy's got moves – and should be around for a good long time.

Rick is best known as a former L.A. Laker, ex-husband of Vanessa Williams and current boy toy of Eliza Dushku of "Buffy" and "Dollhouse" fame. One smile from this guy and even I start ovulating.  He twirled and dipped Cheryl with the sole purpose of being paraded around like a prize stud put up for auction. Judges loved his "posture," which at 6'7" is no small feat. A straight back, bright smile and the occasional wink should keep him in the competition for a while.

Louis gets the gay favorites -- the funny ladies and the misfits. "I want to make the Viennese Waltz look so elegant that you actually think I'm a lady," Margaret Cho quips after her practice session. During the performance, however, she looked more like a pissed off butterfly on a bad acid trip -- and by the end of the dance that butterfly had been lit on fire and was left flailing to death on the dance floor. The judges unanimously agreed that her choice to revert to comedic form at the expense of her dancing was the wrong way to go, especially since they noticed that she might have some actual talent. I hope America keeps her around for a little while longer, because it should be interesting to see if she can slay a demon or two and give the dancing a real shot -- while hopefully telling a few pussy jokes along the way.

I thought this could be a car wreck (google it), but Brandy was lovely. Judges liked it too.

Bristol Palin had the nerve to introduce herself as a "teen pregnancy activist," I'm assuming because it sounded a little more impressive than "Wasilla receptionist." In her continuing effort to "separate herself" from her mother, she chose to channel her for the routine -- complete with hairbun and the occasional finger-wag -- and dance to the song "Mama Told Me Not to Come." Apparently subtlety was not part of the strategy here.

Whatever. I tell my niece and nephews not to drink while pouring a bottle of ibuprofen down my gullet and excusing myself every now and then to hurl. Who am I to judge? "For you, this was virgin territory," Bruno said when she was finished, without even the hint of irony. Let's hope she's around for a while, because I have a feeling the delicious hypocrisy of Bristol Palin's fame will be a gift that keeps on giving.

Florence has always played against type -- a very effective strategy as seen by the sudden and most welcome resurgence of Betty White in popular culture. Largely defined by her Carol Brady days, she has augmented the persona of cookie baking grandma with a healthy dash of salty saloon madame.

She danced like the old broad on the show, which is what we expected. She should hang in there for a while.

Michael Bolton is an appealing guy, but he dances as if he's about to fall over. Without much of a personality or sex appeal, his only hope is that the millions of women who swooned to his horrible music in the 80s will take a break from their PBS British comedies to tune in. Otherwise, we're going to have to figure out how we're supposed to live without him pretty soon. Bah dump bah.

Mike "The Situation" Sorrentino is known for his abs, shenanigans in hot tubs and sexually transmitted infections. He only had five days to practice because his MTV reality show "Jersey Shore" just finished recording -- and I can only assume his performance was further hampered by the various sores and chafing that are still in the process of healing. The judges universally panned him and his 70s points and thrusts, potentially tarnishing the Situation's swagger. It's hard to gauge yet how much crossover appeal DWTS has with the immensely popular "Jersey Shore," so tomorrow night's elimination show should be telling.

In practice , Jennifer broke down when she and Derek started dancing to "These Arms of Mine" from the "Dirty Dancing" soundtrack. She was remembering her co-star Patrick Swayze who died of cancer a year ago, almost to the day. We cried along with her, setting her up as this year's sentimental favorite, especially in light of the recent announcement that she too is facing her own battle with cancer. The audience was on their feet when she was done securing her position as the one to beat and, more importantly, the most compelling one to watch.

David Hasselfhoff has to be in on the joke. He refers to himself in the third person, slicks his hair back while flashing a cheesy smile and grimaces in sexual ecstasy to a song called "Sex Bomb" -- with total commitment. I guess it shouldn't be a big surprise that he's big in Germany, where he first met partner Kym after performing numerous hits to adoring German fans (yes, there are hits). The two of them tied for the worst scores of the night with Margaret and The Situation, but chances are he's not going anywhere anytime soon.