"Planet Michael" allows players to dance, sing and give back just like the King of Pop 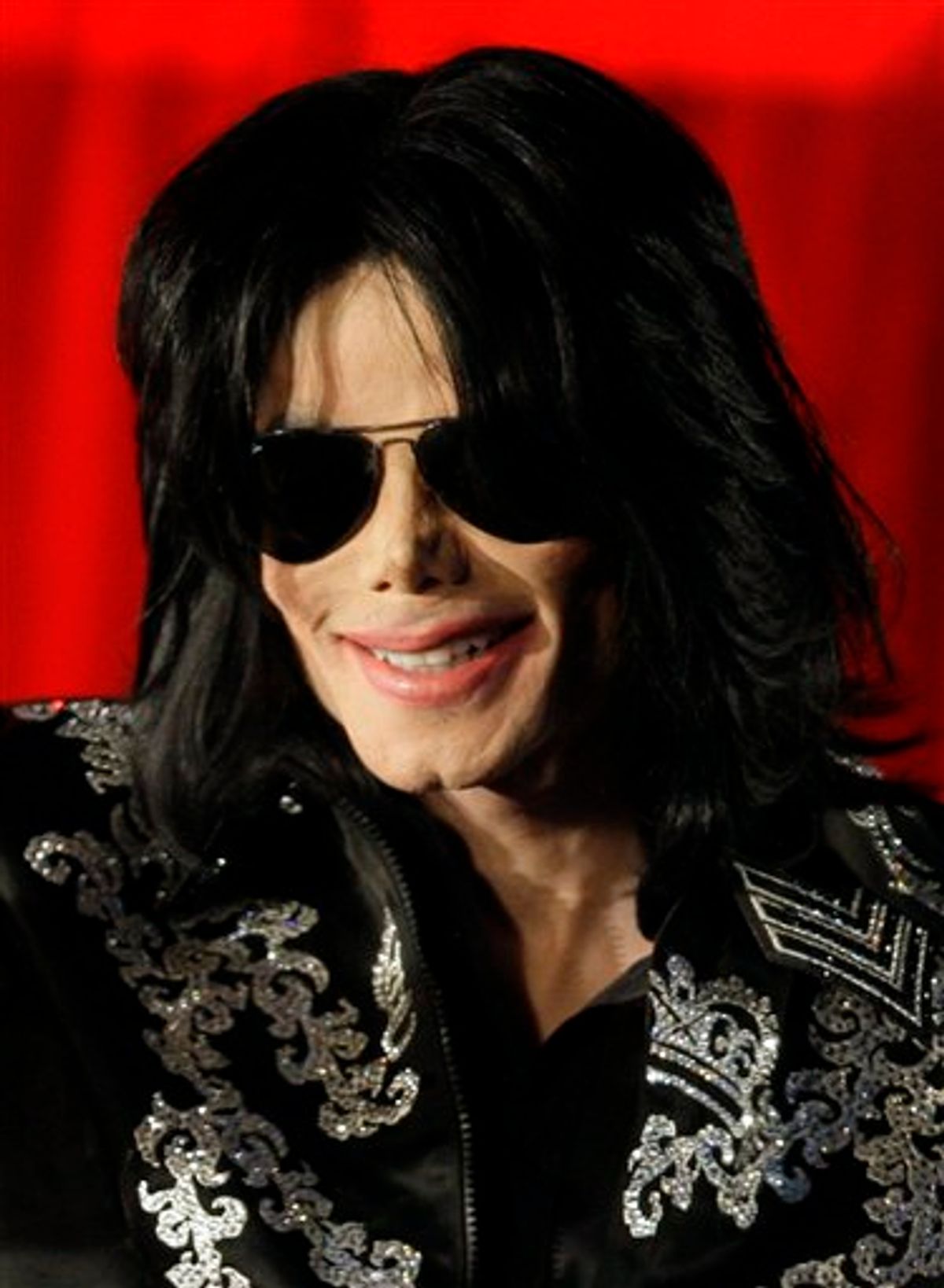 Have you ever watched "Thriller" and wished you were one of those zombies breakdancing next to Michael Jackson? Wouldn't that be totally awesome?! Well, that's never gonna happen. But here comes the next best thing.

Entertainment company SEE Virtual Worlds announced today that it will publish "Planet Michael," a video game devoted to the life, music and philanthropic efforts of the King of Pop.

The game will be a massively multiplayer online game (an MMO for those in the know) similar to "Everquest," "Starcraft" and the wildly popular "World of Warcraft," immersing players in a unique and fully interactive environment. A virtual Neverland, "Planet Michael" will be inspired by the scenes of MJ's most beloved music videos, including, rumor has it, an altruistic area based on "Heal the World" and possibly a darker, leather-clad "Bad" land.

Players will complete challenges, solve puzzles and clash with combatants, but unlike "Starcraft" et al., where bows and arrows, bloody axes and oversized swords are weapons of choice, would-be Kings of Pop (Paupers of Pop?) will face-off in dance battles and singing contests. The genteel M.J. would never allow fighting, would he?

But it can't be ignored that Jackson's life was tumultuous. Charges of child molestation seemed ubiquitous, his abusive father always loomed large and there was his ever-strange behavior, the worst of which included dangling his infant son from a four-story balcony. USA Today wonders if the game can overcome Jackson's somewhat tarnished reputation.

But make no mistake, this is a celebration of Jackson's life, not a made-for-Lifetime movie, and it will undoubtedly be more fun than the other imminent hideous M.J. game "Michael Jackson: The Experience."

"Planet Michael" is shaping up to be a thriller … is this thing on?