After details of Jim Russell's racial views emerge, the NY GOP says "there are kooks attracted to any parties" 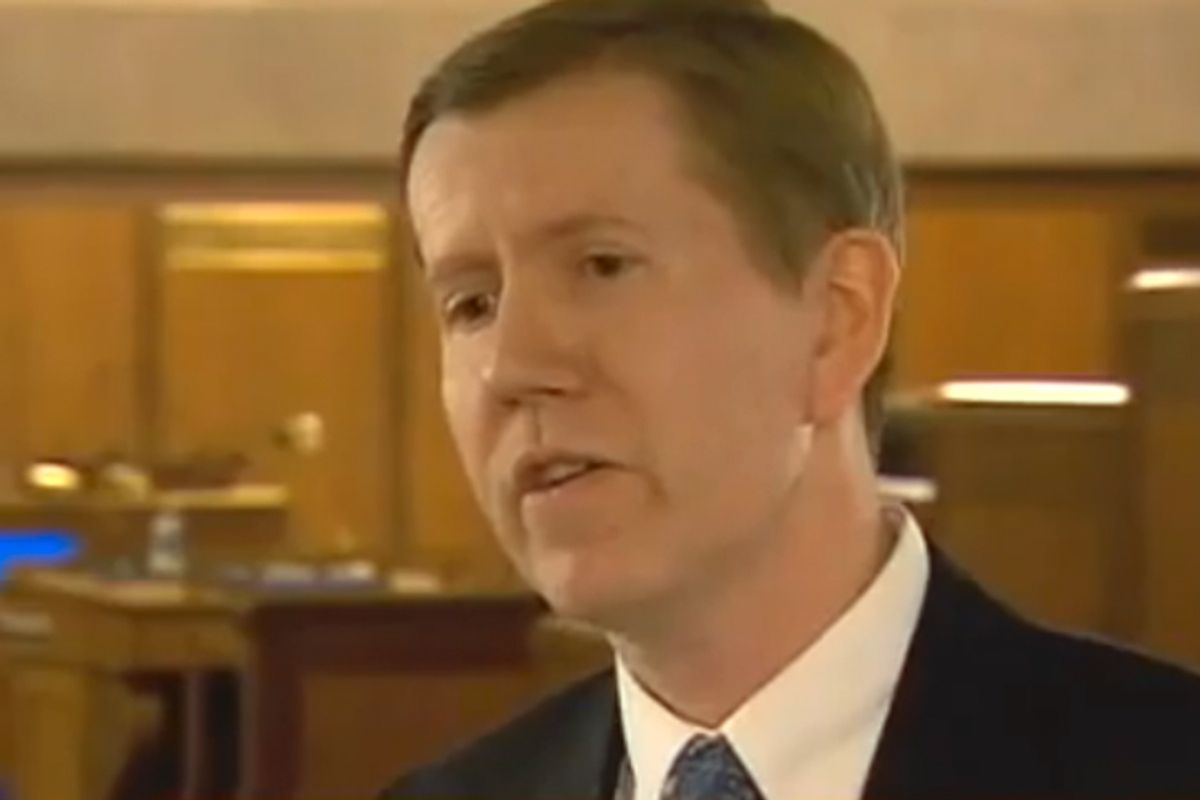 (UPDATED) The New York state Republican Party is denouncing GOP congressional hopeful Jim Russell following the revelation that he wrote an essay opposing "miscegenation" (his word) and outlining his views about the assault on the "Western continuum" from Jews, blacks and other minorities.

Russell's essay, which appeared in Occidental Quarterly about a decade ago, was first reported by Politico Monday. He is the GOP-endorsed candidate running against Rep. Nita Lowey, D-N.Y., in the state's 18th District, which is mostly Westchester County, north of New York City.

Carey said GOP leaders were not previously aware of Russell's essay, adding, "We strongly condemn all of Jim's comments and certainly stand by none of what he wrote, which was racist and ethnocentric."

He said that the chair of the GOP in Westchester County is going to meet with Russell soon, "and if he can explain this somehow they're going to continue looking into this -- and if he can't they'll cut him loose." Carey said that even if the GOP drops Russell from its line on the ballot, he will still be a candidate.

Russell, whose campaign website focuses on immigration and opposition to a housing desgregation settlement in Westchester, has not responded to a request for comment. But his campaign manager, Frank Morgenthaler, told the Journal News that the scrutiny on Russell's racial views is "mud-slinging."

"We’re in a situation now where our country is on the brink of death almost,” Morgenthaler told the newspaper. "That’s a heck of a lot more important than any articles or any spin that the incumbents want to put on it."

Russell is scheduled to hold an event focusing on jobs tomorrow.

UPDATE: Here's an interesting clip of a local newscast (from Russell's campaign YouTube account) that provides some context on what seems to be his primary motivating issue: opposition to a housing desegration settlement that Westchester entered into last year. The deal, reached after mostly white Westchester was found to have failed to comply with fair housing rules, requires the county to build public housing and market it to minority groups.

"Our neighborhoods have to be protected," Russell says.