Christine O'Donnell to appear on Hannity

The Delaware Republican suddenly has time to do national TV 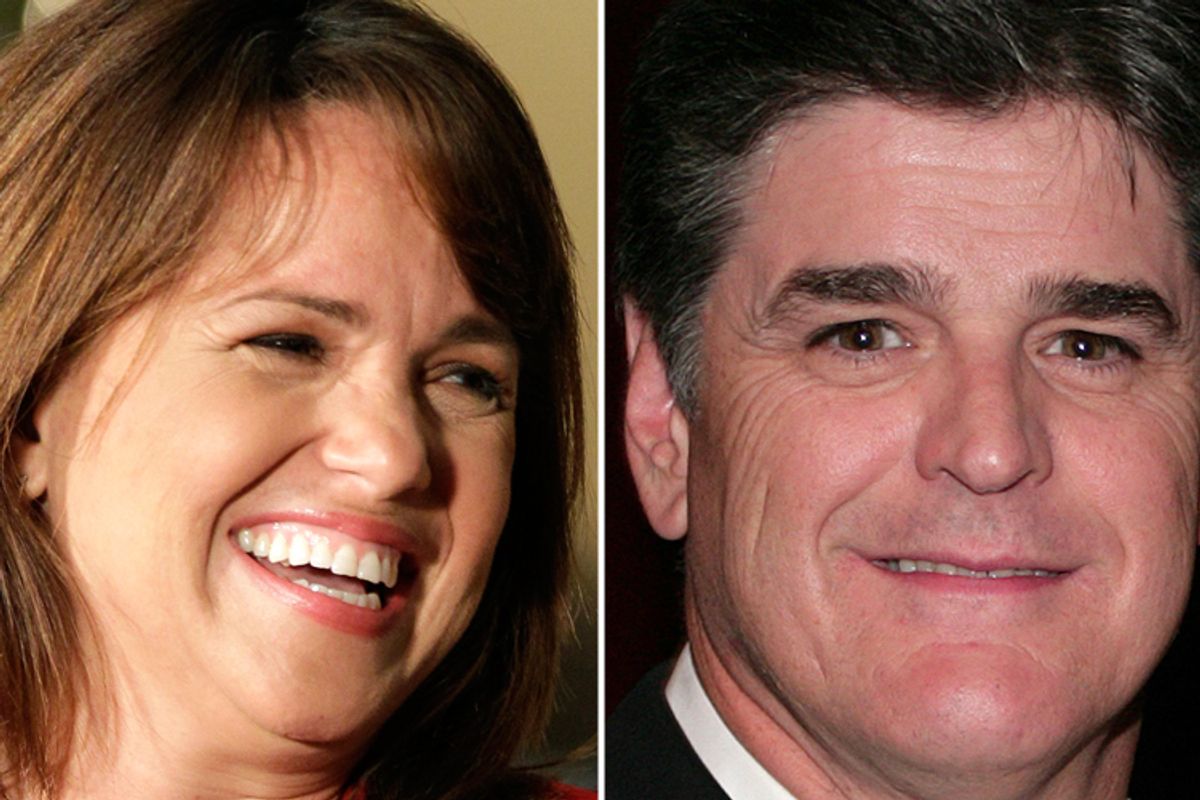 Yesterday, in a post about Christine O'Donnell's decision to cancel on "Face the Nation" and "Fox News Sunday," I wrote this:

"And while I'm sure Chris Wallace is disappointed, I imagine O'Donnell will continue to make Fox appearances. They'll just be with Hannity, instead."

I didn't think I'd be proven right within 24 hours, but here you go:

I think instead of pretending to ask questions, Hannity should just set up a phone bank for her campaign and let her spend the hour imploring viewers to call. (And poor Chris Wallace! Maybe a member of the Cheney family can come on next Sunday, to comfort him.)

Pew reports that the news has been mostly about Christine O'Donnell, for a week now. The nutty no-masturbating witch lady got more much attention than the fact that no one has any jobs (which everyone knows) and the war(s).