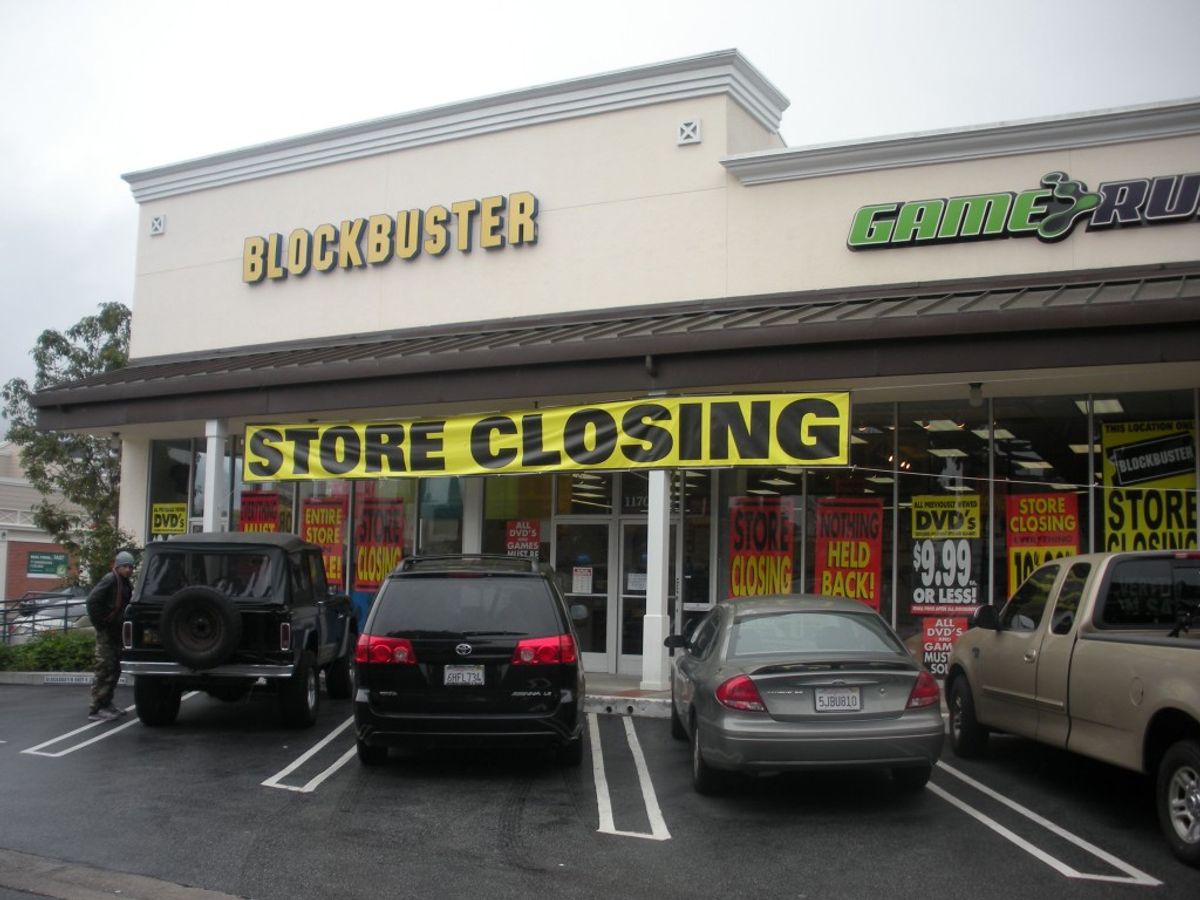 Now there really are no more late fees. Blockbuster Video, the venerable giant of video retailers, announced this morning that it's in the final stages of declaring bankruptcy. Some may ask why Blockbuster didn't do something sooner -- say, five years ago, when online rental services like Netflix took off. But no matter. While some '90s trends revive, others vanish into the ether with Chumbawamba and the Public Reform Party.

Blockbuster's new plan is to emerge from Chapter 11 with a renewed focus on digital distribution, while keeping a select few retailers open for business. The tech website NewTeeVee wonders whether Blockbuster can compete with the already-crowded digital field. One might also ask the same question the Next Web proposes: Is Blockbuster's announcement another nail in the coffin for physical media? Heck, when's the last time you bought a DVD, let alone rented one?

Meanwhile, Netflix's stock rose 4.8 percent this morning following Blockbuster's announcement, hitting a new high of 154.22. Adding a dollop of whipped cream to the chocolate milkshake of a week it's having so far, Netflix launched its much talked-about streaming-only service in Canada today.  Yowza, talk about rubbing it in.

The Onion probably "gets" Blockbuster Video better than anyone else: