Harry Reid's opponent on right-wing media as fundraising tool, plus a weird comment on autism 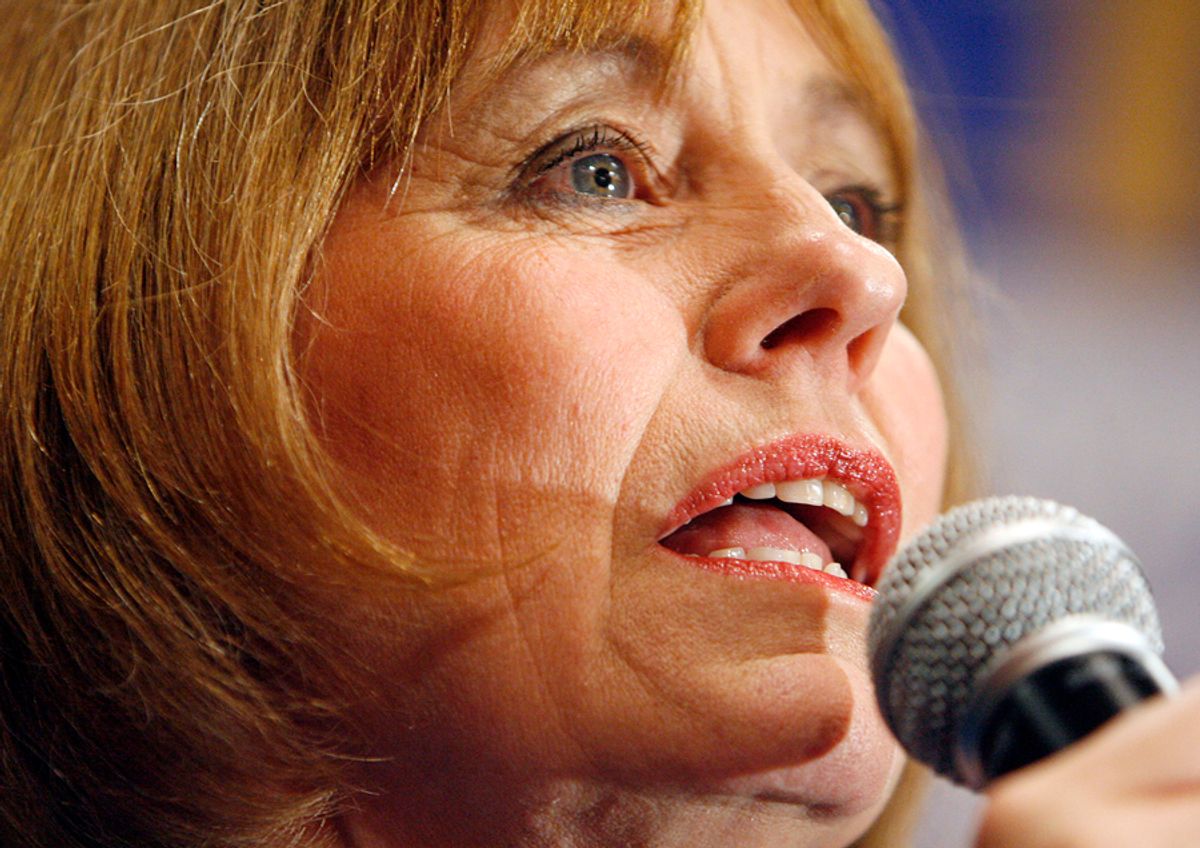 Sharron Angle already explicitly said that she appears on Fox as a fundraising tool, because they allow her to tell viewers to go to her website and donate to her campaign. But Jon Ralson found a great tape of Angle at a house party over the weekend describing exactly how much buck a candidate can make off a Fox appearance.

Sharron Angle: It’s going really well. If you’re interested in just the Internet part of that -- and of course I’ve been criticized for saying that I like to be friends with the [press] -- but here’s the deal: when I get a friendly press outlet -- not so much the guy that’s interviewing me -- it’s their audience that I’m trying to reach. So, if I can get on Rush Limbaugh, and I can say, "Harry Reid needs $25 million. I need a million people to send twenty five dollars to SharronAngle.com.” The day I was able to say that [even], he made $236,000 dollars. That’s why it’s so important. Somebody ... I’m going on Bill O’Reilly the 16th. They say, "Bill O’Reilly, you better watch out for that guy, he’s not necessarily a friendly" ... Doesn’t matter, his audience is friendly, and if I can get an opportunity to say that at least once on his show -- when I said it on Sean Hannity’s television show we made $40,000 before we even got out of the studio in New York.

So, again, Fox News is the communications arm of the ultra-conservative wing of the Republican Party. The fun part is that even when Bill O'Reilly does his "I'm just an independent" thing and actually questions a Republican, all his viewers hear and see is "send this woman money."

Because Angle has a nasty habit of saying outright what conservative candidates are supposed to keep on a wink-nudge basis, she keeps telling people that she does Fox and Christian radio in order to raise money without being challenged for her nutty views.

But avoiding tough reporters does not stop Angle from saying idiotic things -- like, say, putting "autism" in scare quotes at a rally last year.

"You're paying for things you don't even need," Angle says -- like, uh, healthcare for kids who are pretending to have something called "autism," in order to steal your insurance money, I guess.

My money's on "none of the above" to win this one, honestly.