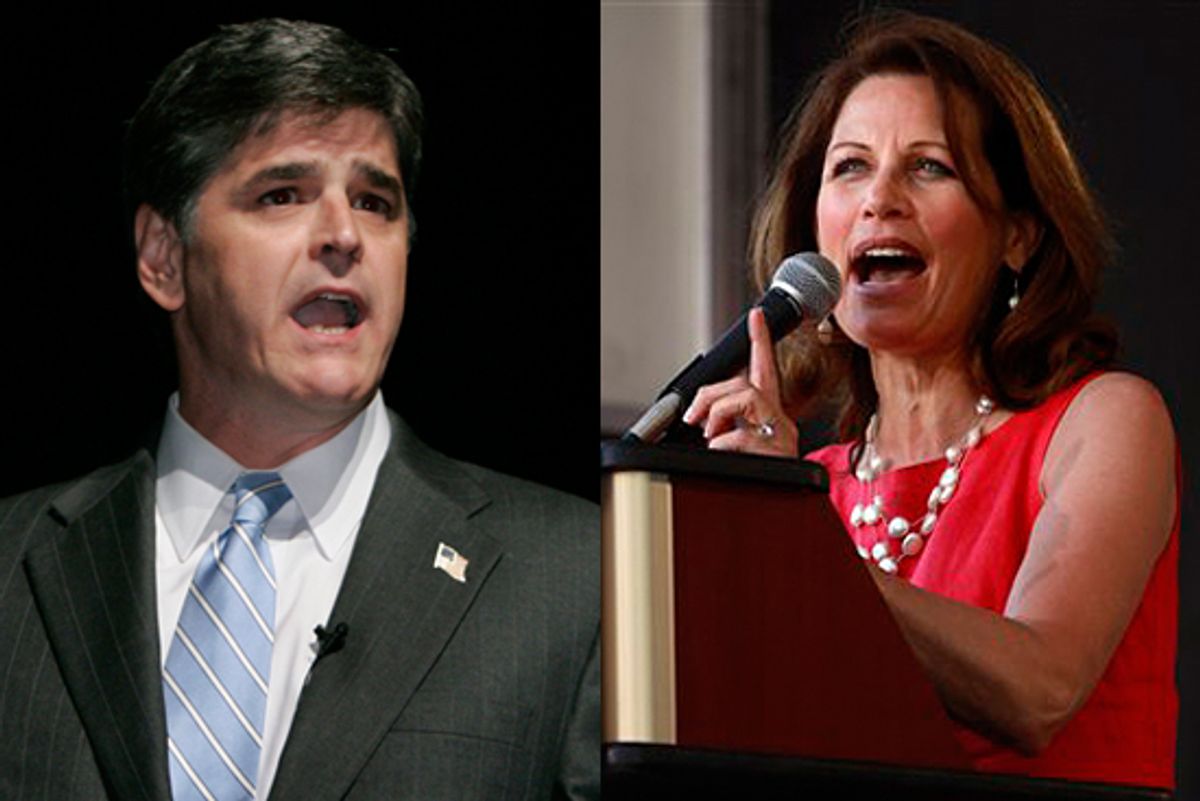 The donations were given on Aug. 31 to MICHELEPAC (that's an acronym for Many Individual Conservatives Helping Elect Leaders Everywhere).

Besides being a conservative radio and TV host, Hannity's ties to the Republican Party are well known. Earlier this year he was the keynote speaker at the annual fundraising dinner of the National Republican Congressional Committee.

We've reached out to Fox for comment on this, and we'll update this post if we hear back.

Here is Hannity in July interviewing Bachmann, whom he introduces as the "second most loved Republican woman" (after Sarah Palin):