She's arrested and the video goes viral. Would we react differently if the case involved a father and son? 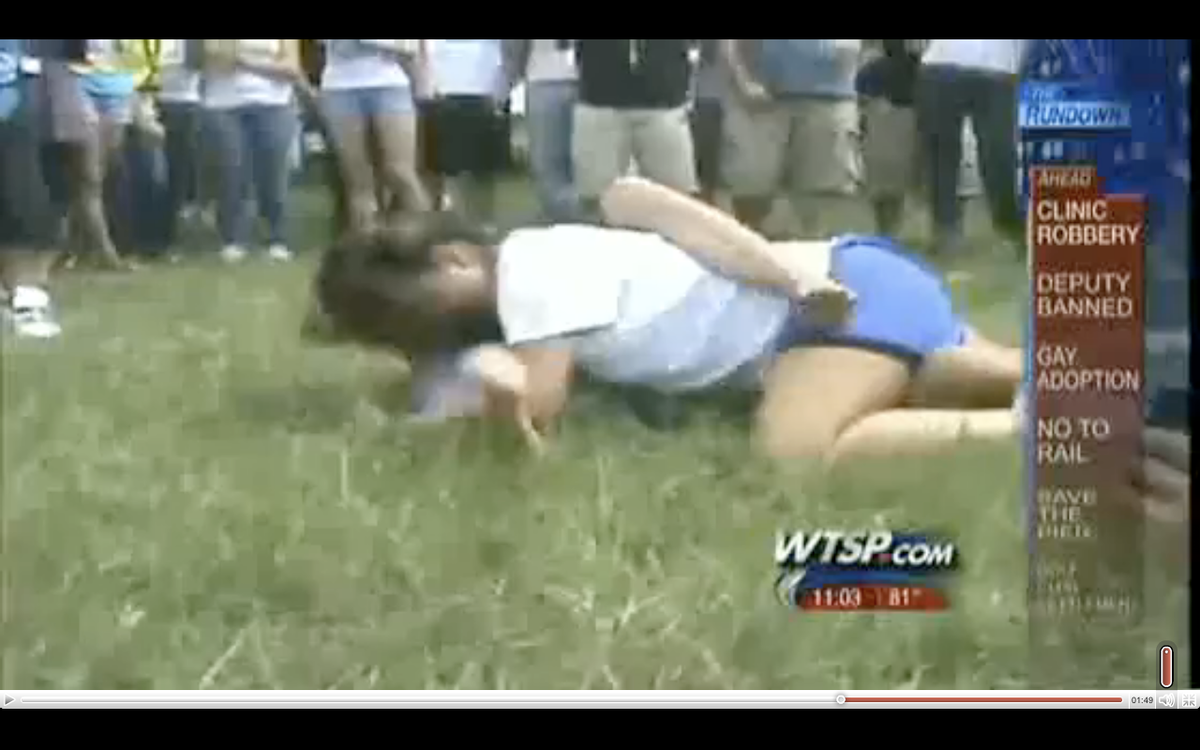 A mother was arrested in Florida yesterday after a YouTube video circulated showing the 39-year-old cheering on her teenage daughter in a fight with another student. April Newcomb says her 16-year-old daughter told her ahead of time that she was planning to fight another girl at school. She showed up to watch and, as the video shows, ended up coaching her daughter from the sidelines with lines like "throw it" and "don't fucking stop!" On Wednesday, she was arrested on child abuse charges. It turns out police aren't all that amused by parents who encourage their children to punch other kids.

Newcomb's defense is that her daughter suffered a skull fracture years ago and she wanted to make sure that she wasn't hit in that same location. Rational minds might wonder why she didn't stop the fight if she was so concerned about her daughter's safety -- but something tells me Newcomb was acting on a more visceral level. She said of her arrest: "Of course, we're both wrong and I understand that, and I understand where y'all are coming from. I think unfortunately it was going to happen, no matter what."

What's most fascinating to me is that this case is generating such shock and outrage. Newcomb was doing something fathers have been expected to do since time immemorial. How often do we see dads encouraging their little boys to not cry and to never back down from fights, or instructing them on how to take and throw a punch? These are well-worn items of cultural furniture. Clearly, what Newcomb did was wrong -- but it shouldn't be seen as any more disturbing or abusive than when a father does the same with a son.