Meg Whitman sees the writing on the Proposition 23 wall

The candidate says she won't vote for the attempt to suspend California's global warming law. But there's a catch 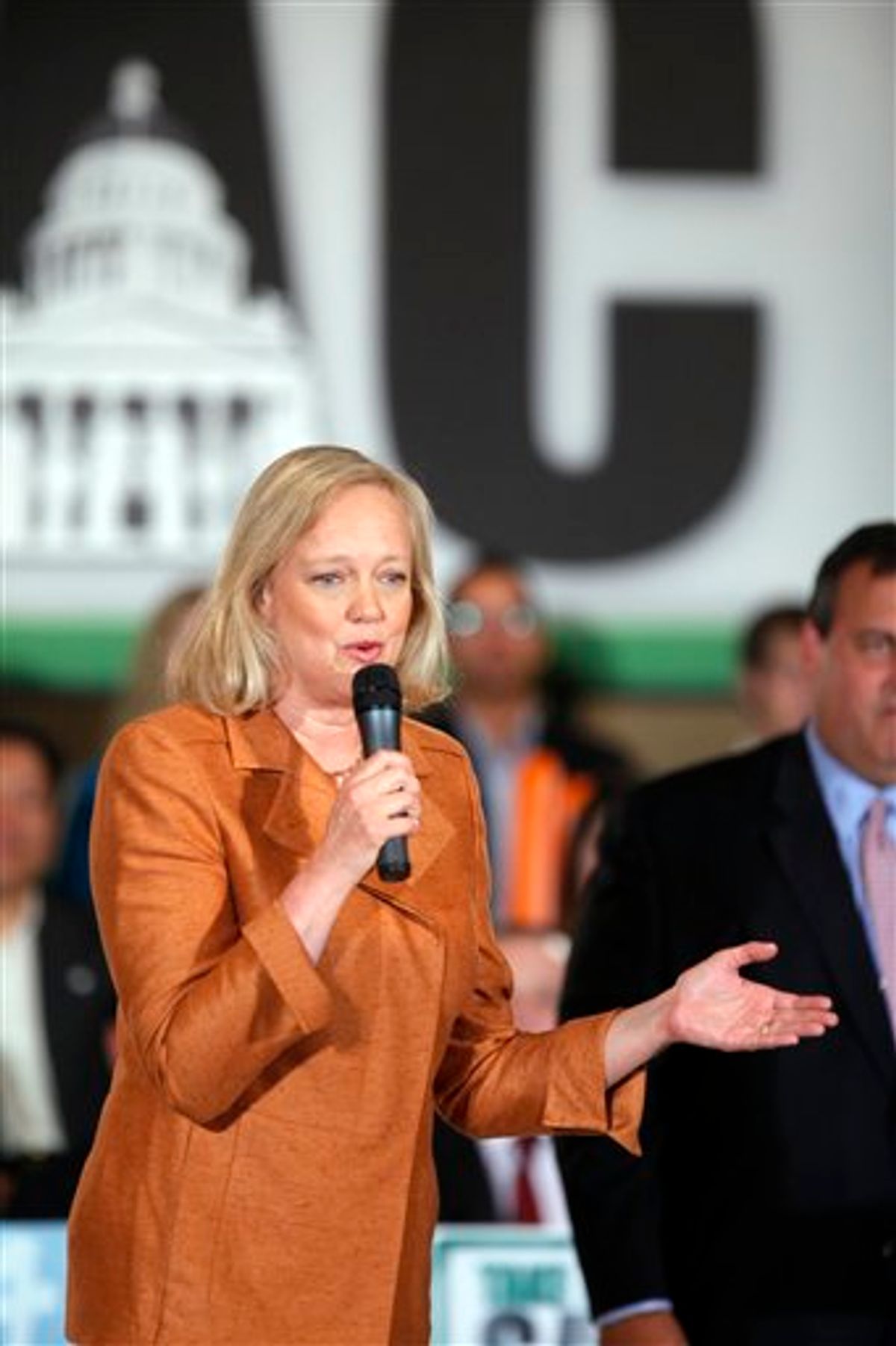 The No on Proposition 23 campaign is trumpeting the news that Meg Whitman, the Republican candidate for governor of California, has announced that she will not endorse the out-of-state oil-company-funded ballot initiative aimed at suspending AB 32, California's Global Warming Solutions Act.

However, Whitman is still calling for a one-year "moratorium" on the implementation of AB 32, which she remains determined to keep calling a "job killer."

"While Proposition 23 does address the job killing aspects of AB 32, it does not offer a sensible balance between our vital need for good jobs and the desire of all Californians to protect our precious environment. It is too simple of a solution for a complex problem. I believe that my plan to fix AB 32 strikes the right balance for California. I will vote "no" on Proposition 23."

Talk about trying to have it both ways! Whitman's campaign has obviously concluded that Proposition 23 is a loser. Ever since she won the Republican primary she's been steering toward the center, and in a tight election in a state where voters take environmental issues seriously, you just don't want to be seen on the same side as out-of-state petrochemical companies.

At the same time, a majority of California Republicans support overturning AB 32. So she's aiming for the best of both worlds -- rejecting Prop. 23, and avoiding getting caught in the crossfire of the millions of dollars that the No on 23 campaign is marshaling for an advertising blitz, but at the same time pledging to protect the state from a "job-killing" law while unemployment hovers at 12.4 percent.

We'll find out whether California voters will buy that classic demonstration of political flimflam in a couple of months. But in the meantime, it seems  safe to say that Prop. 23's chances of passing just took a big hit.