Break bra in case of emergency

A brassiere that converts into a gas mask goes on sale 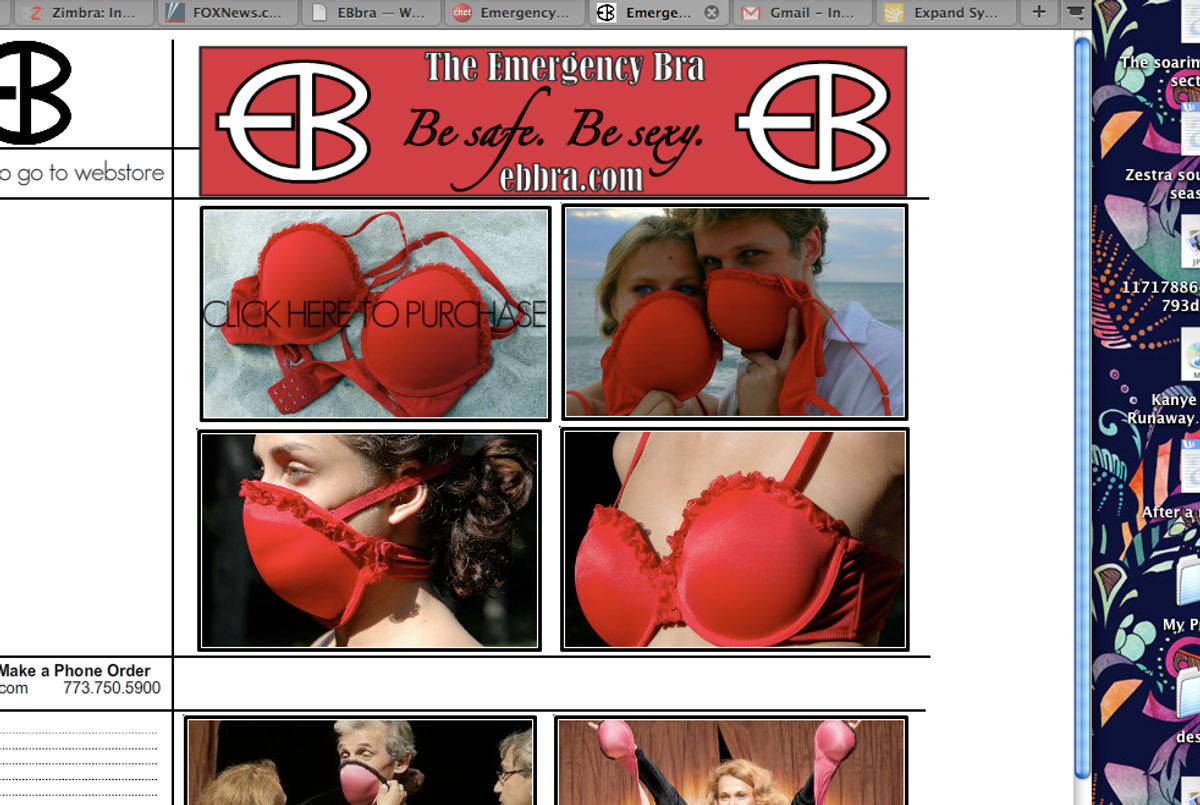 Breasts, as a source of food, are life-sustaining, and now they are potentially even more so in emergency situations. Ladies and gentlemen, the Emergency Bra, an invention that won Dr. Elena Bodnar the 2009 Ig Nobel Public Health Prize, has officially hit the market. The brassiere, which quickly converts into two gas masks, is available online for 29.95. Also: There are t-shirts reading, "Emergency bra under here." (Personally, I was hoping for one reading, "Break bra in case of emergency.")

It may sound like a joke invention, but it's not: Bodnar studied the Chernobyl disaster in 1986 and found that, as Fox News reports, "if people had had cheap, readily available gas masks in the first hours after the disaster ... they may have avoided breathing in Iodine-131, which causes radiation." She also envisions it being useful in terrorist attacks. "You have to be prepared all the time, at any place, at any moment, and practically every woman wears a bra," she said.

That may sound paranoid, but Bodnar is also trying to have a little fun with the project. In the video below of her Ig Nobel prize acceptance speech, Bodnar has a riot of a time removing her bra on stage and demonstrating on Nobel laureates how it can be converted to a gas mask.