The "Project Runway" mentor is lashing out at celebrities, fashion icons and his own producers. Has he lost it? 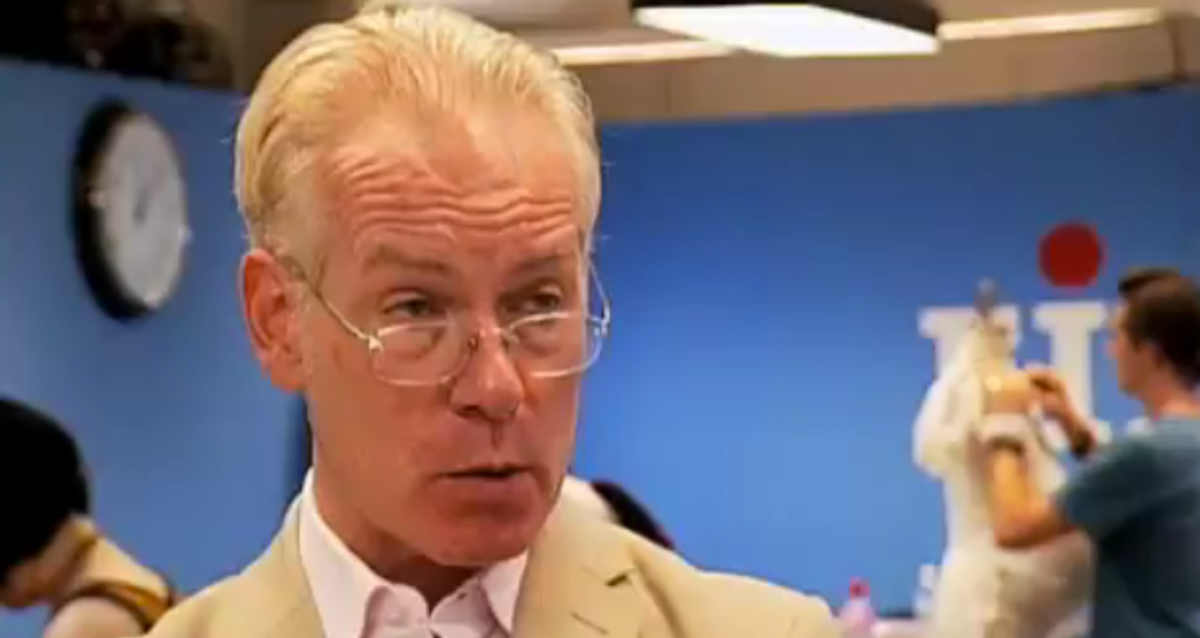 We have let you down, Tim Gunn. You've tried so hard to get us to stand up straight, tuck in our shirts, and generally behave like we're in a civilization, and how do we repay you? With Taylor Momsen. We understand. You're not angry. You're just ... disappointed.

Last week, the "Project Runway" mentor/most dapper man in the world groused that the young starlet/vibrator enthusiast, whom he encountered during his guest appearance on "Gossip Girl," "was pathetic, she couldn't remember her lines, and she didn't even have that many. I thought to myself, 'Why are we all being held hostage by this brat?'" Chalking up Momsen's lack of preparation to BlackBerry addiction, he flatly stated, "She annoyed the entire crew." But it's not just heavily eyelinered pop tarts who have felt Gunn's withering scorn lately. In the same interview, he further diagnosed "Real Housewives of DC" party girl Michaele Salahi and her husband as "sociopaths" and mused, of the New Jersey "Housewives" cast, "How far are these women from wild animals?"

Gunn's been on quite a roll lately in general, dropping truth bombs with extreme shock and awe as he promotes his new gospel of good behavior, "Gunn's Golden Rules: Life's Little Lessons for Making It Work." Making the rounds of the talk show circuit, Gunn has been gleefully dishing on the end-of-the-empire level antics of divas like Anna Wintour, André Leon Talley and Isaac Mizrahi while continuing to accept no excuses for the existence of Crocs.

But the man who recently said, "My advice is to take the high road. You'll never regret it," wasn't swallowing his own Kool-Aid earlier this week, when he posted a Facebook vlog about the recent Jackie Kennedy-Onassis-themed episode of "Project Runway" and vented his "huge frustration at the content of the challenge" and the "crack-smoking judges." He swiftly removed the post, admitting to the New York Post that "there was a hurtful reaction to a couple of things I said, and that really concerned me. That was never my intention. I thought, 'Let me just take this down.'" Of course, nothing ever dies on the Internet, and you can watch the whole thing in all its crabby, I’m-surrounded-by-frickin'-idiots glory on a number of sites. Is the clip so scathing it burns? Yes indeed. Is it all justified? Quite likely.

The reaction to Gunn's recent bout of rogue-going has been mixed, with EW asking if he's becoming "too mouthy" and The Frisky angsting that perhaps he's grown "unprofessional."  And Gunn does indeed seem to be dispensing zingers at an unusually accelerated rate these days. Is he perhaps weary of the "Project Runway" franchise, with Heidi's mock solemn pronouncements and those cast members who seem perpetually more interested in becoming television stars than serious designers? Has he just had it with that little bitch Suri Cruise? Because, hey, who hasn't?

We're accustomed to regularly televised bouts of amateur hair-pulling and hot tub sexing. But Gunn, who may not exactly have taken "the high road" with all his recent exasperated tirades, is nonetheless still something of an anomaly: a defender of effort, elegance and good manners. He believes that bratty behavior and ugly shoes should never be tolerated. He believes that crassness is not valid entertainment. We're better than that, he says. And his deceptively simple cri de coeur, "Make it work," is one of the hardest things in the world to pull off.

He sees right through shortcuts and stunts. He demands energy and thoughtfulness, not just of his duh-sign-errrrrrs, but Taylor Momsen and Anna Wintour and you and me. We have to try a little harder to meet Tim's approval. We have to do our homework. And when we don't, he will call us out on our own pathetic laziness. Yikes. It's harsh stuff. It's tough love, light on the love. But coming from the eminently sane, ultimately encouraging, telling-you-this-for-your-own-good mouth of Tim Gunn, somehow, he makes it work.