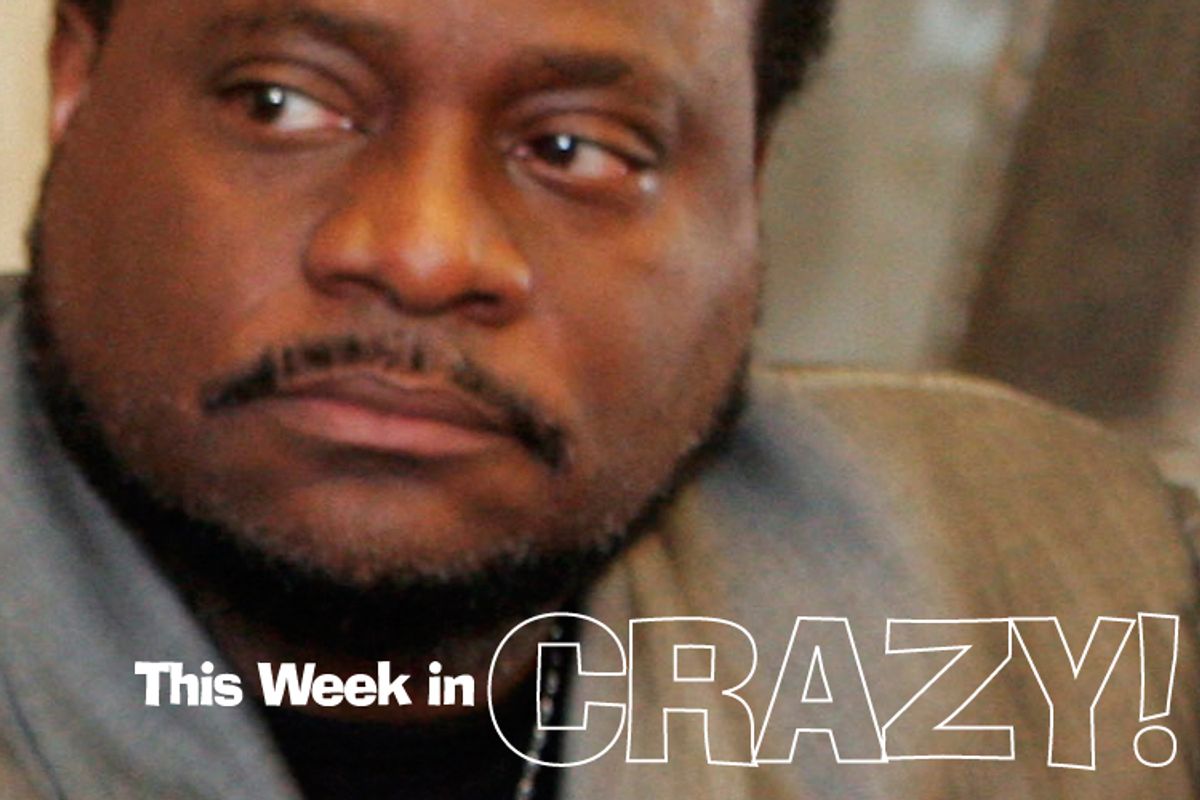 New Birth Church Bishop Eddie Long is one of the most powerful Christian leaders in America. He has marched against gay marriage and summed up his views on homosexuality as, "Everybody knows it's dangerous to enter an exit." His church offers an "Out of the Wilderness" counseling service to "men and women struggling with homosexuality … who desire healing and deliverance through the Word of God." Cue gay sex-abuse scandal.

Yes, Bishop Long's anti-gay crusade took a grim and familiar turn this week when Long found himself slapped with lawsuits from three men who say the pastor coerced them into "sexual massages" and oral sodomy while they were still in their teens. His three accusers, now in their early twenties, say that Long recruited them into his youth ministry and began pursuing them sexually, lavishing them with "cars, clothes, jewelry and electronics" and treating them to trips in private jets and fancy hotels. But Long's lawyer Craig Gillen explained this week that his client's largesse was merely "part of a mentoring program." And if you can't mentor somebody in the Times Square W Hotel, where can you mentor him?

Along with the deeply troubling possibility that the pastor used his LongFellows program for young men – many of whom come into the church from fatherless homes in their early teens – as a means of seduction, the story gets several added shudders from the allegations leveled on Rick Sanchez's CNN show this week: that Long was financing the whole extravagant caboodle with "monetary funds from the accounts of New Birth ... in other words, money from the congregation."

The charges have yet to be substantiated, but this week Long's reputation received an added blow when ABC aired photos of the minister posing in a bathroom in the sort of skintight muscle shirts that straight dudes not appearing on "Jersey Shore" generally steer clear of.

Long himself has remained relatively tight-lipped so far. On Thursday the preacher abruptly backed out of an appearance on Tom Joyner's radio program and issued a terse statement on the New Birth website to "categorically deny each and every one of these ugly charges." He's vowed to directly address the accusations from the pulpit Sunday morning. So while we're waiting to hear directly from the preacher himself, let's get to know Eddie Long!

The married father of four has been a pastor for over 23 years, with a super-sized mega church outside of Atlanta that boasts 25,000 members and famously hosted Coretta Scott King's funeral in 2006. In 2005, the Atlanta Journal-Constitution reported that Long has been the "biggest beneficiary" of his church's own charity, an ostensibly gospel-spreading nonprofit that doled out over a million dollars to the man of God in salary alone, and provided him with a vast estate and a Bentley. Blessed may be the poor in spirit, but the prosperity-preaching Long explained at the time that "We're not just a bumbling bunch of preachers who can't talk and all we're doing is baptizing babies. I deal with the White House. I deal with Tony Blair. I deal with presidents around this world. I pastor a multimillion-dollar congregation. You've got to put me on a different scale than the little black preacher sitting over there that's supposed to be just getting by because the people are suffering." A scale that's got a Bentley on it.

Long, who refers to himself as the "spiritual daddy" of his flock, also runs a "Samson's Health and Fitness Club" on the Church's grounds. The club's logo is of a shirtless, seriously ripped Biblical hero. Daddies and Samsons -- just jump in whenever any of this stops sounding totally gay.

The 57-year-old millionaire minister still has numerous supporters, including the definitely not gay anymore, male escort using Ted Haggard, who quipped to Anderson Cooper this week, "We have police officers that get speeding tickets" but added rather more insightfully that, "It's important to understand the human condition. People have ideals that they violate." Whatever occurs with the lawsuits against him, it's possible Eddie Long's flock will now have second thoughts about where its money is going when the collection plate goes around, and reconsider why he once vociferously decreed homosexuality a "spiritual abortion." Maybe, for a few of the good Christians of Atlanta, Eddie Long's undoing is an opportunity to examine the trustworthiness of a well-compensated leader, and whether attacking gays has anything at all to do with glorifying God. And in the midst of Eddie Long's big bundle of crazy, that could be a rather sane outcome.