Journalist John R. Bradley descends into the Arab underworld of prostitution and pornography 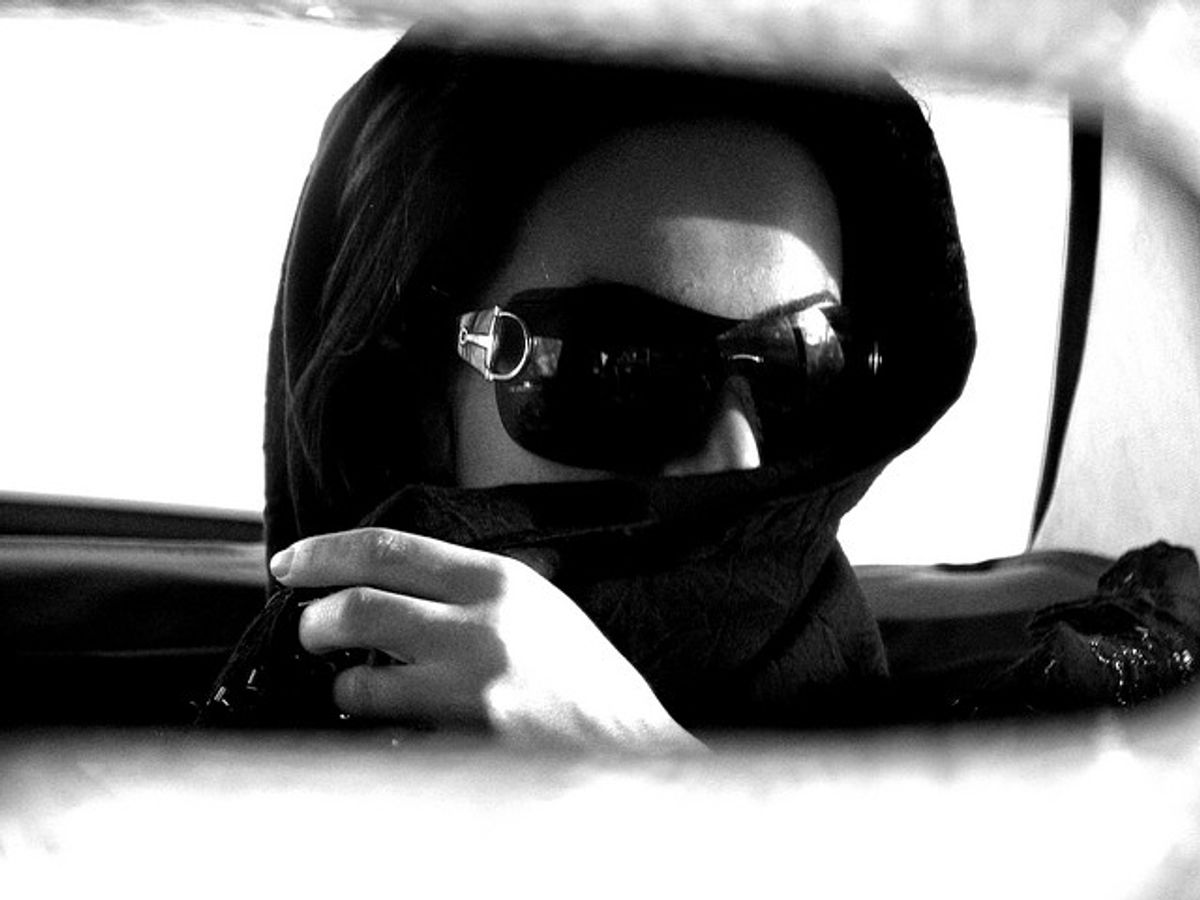 If asked to identify a country with a thriving sex industry, ubiquitous exposure to pornography and rampant homosexual sex, most would point somewhere in the Western world. But what about Egypt, Iran or Saudi Arabia? These would be equally accurate answers, according to John R. Bradley, author of "Behind the Veil of Vice: The Business and Culture of Sex in the Middle East."

Bradley, a journalist with an expertise in the Arab world, crushes the popular perception of the Middle East as erotically stifled, and the West as the land of sexual expression and freedom. The more nuanced truth, he says, is that these seemingly oppositional cultures have far more in common than we often admit: Both "live under rulers who, under different pretexts and with varying degrees of severity, seek to curb the unruly sex urge as a way of maintaining social control." There is also a shared "gap between propaganda and reality" and "a vast gulf between public and private morality," he argues. This fascinating and comprehensive book guides readers through the seedy underbelly of the Middle East -- from prostitution in Bahrain to temporary marriages in Iran -- but it is just as much a reflection on Western sexual mores.

I recently spoke with Bradley about child brides, temporary marriage and Islamic feminist perspectives on the sex industry.

You frame your book as a look at the cultural sexual similarities between Arabs and Westerners. Can you explain that?

The supposed licentiousness of the West is forever being contrasted, to my mind, in wholly spurious ways, with a sexually barren Middle East. "Behind the Veil of Vice" undermines stereotypes about Arab sexualities that have become entrenched in the English-speaking world, partly by reminding readers that we still have plenty of sexual hang-ups in the West, too. In particular, it debunks the notion, promoted by the likes of Martin Amis, that terrorism carried out by Islamists can be explained away with reference to the repressed, envious Arab male who can only find release by flying airliners into phallic-shaped skyscrapers.

I've been based in the region for a decade, and the sexuality in the Middle East I know is every bit as capricious as its Western counterpart, as unruly and multifarious, and occasionally as becalmed. By exploring the diverse sex cultures in countries like Morocco, Syria, Saudi Arabia, Tunisia, Bahrain, Egypt, Yemen and Iran, I try to show that, as in the West, illicit sex continues to thrive in the Middle East, often in the open and despite the increasingly shrill public discourse.

What kind of pornography do you find in Arab countries?

What impact did the Iraq war have on the sex industry?

The book opens with an evening I spent with a young woman whose family had fled Iraq and who had turned to working as an escort in a Damascus nightclub after her family had run out of money. There are definitely many more Iraqi women like her working as prostitutes or escorts in Syria than there were before the Iraq war. The local women in Damascus working as prostitutes were forever complaining in my conversations with them about how these Iraqis were bad for business, because they charged less than the going rate.

This increase in numbers of Iraqi women working as prostitutes in Syria should come as little surprise. A million refugees, many of them impoverished, flooded into the country from Iraq following the U.S.-led invasion. We should not lose sight of the fact that we are to blame for this situation. We bombed Iraq back into the Stone Age on the back of a pack of lies, have done nothing to bring to justice these war criminals who lead us, and at the same time feign concern and feel all superior when reading about the plight of Iraqi women working as prostitutes in Damascus.

What did you find with regards to sex trafficking in the Middle East?

The issue has unhelpfully come to frame the debate about prostitution in the Middle East, as it has in the West, in the sense that if you advocate legalization and regulation you are accused of being by default in league with the human traffickers. I found no evidence that human trafficking is widespread in the Middle East, and the statistics routinely quoted are almost always unsourced and often wildly contradictory.

In the chapter on Bahrain's thriving sex industry, there's an account of a rather heated discussion I got into with a leading local human rights campaigner. He has long championed the cause of "saving" trafficked women forced into prostitution in Bahrain. However, when given the opportunity to state his case, he couldn't provide me with any verifiable evidence that there are any such women on the island.

What kind of resistance has there been to the sex industry?

Historically there has been very little. Indeed, quite the reverse. Only two references to prostitution are contained in the Islamic holy book. Both mention that four male witnesses are needed to convict a woman of the crime, and with the crucial proviso that anyone bringing false accusations would himself face severe punishment. In the early years of Islam the effect seems to have been that, so long as neither the man nor the woman was brazen about the activity, prostitution was more or less given free reign. In fact, regulated, legal prostitution prospered throughout the Middle East. Brothels and red light districts were initially kept more or less secret, but the state surrendered to the inevitable and eventually they came out into the open. Egyptian prostitution was officially taxed as early as the tenth century, an example emulated in Andalusia and later in Syria and throughout much of the rest of the Ottoman Empire.

The proliferation of Islamist political outfits in the wake of the 1979 Iranian revolution, criticizing Arab leaders for their alleged personal decadence and allowing Islamic societies to become so superficially Westernized, put the leaders more on the defensive. The Islamic opposition, like their anti-imperial forebears, highlighted corruption and loose morals as a cause of weakness. They are now fond of claiming that prostitution, like homosexuality, is a Western import.

What about male sex workers -- how common are they?

Rent boys are to be found everywhere in the Middle East, and homosexuality and prostitution are very much two sides of the same coin. Gay sex is as ubiquitous as the call to prayer, and for many men, of course, bedding a boy is a far more appealing prospect than bending over in the mosque, although being pulled in both directions, depending on the urge of the moment, must be quite normal too.

From the malls of Jeddah to the souks of Marrakesh, from the main drag in Tunis to the downtown coffee shops in Amman, boys are available, for an agreed price, as they always have been. In Damascus, there's an extraordinary local scene, where the major parks and downtown district are constant hives of cruising activity, day and night. The local gay guys, who have colonized all of the downtown cafes and the single bar, told me they were never harassed by the police or government, but they also said it was practically impossible to get gay sex without paying for it, especially with younger guys. This scenario is replicated in other major urban centers in the region.

In the book, I contrast what I call Salvationist feminism, which is anti-sex and seeks to control and restrict women, with Islamic feminism, which promotes women's liberation and control over their own lives and bodies. I do this by comparing Egypt to Tunisia, both of which inherited on independence the Ottoman system of legalized prostitution, but which dealt with it in radically different ways.

Prostitution -- and sexuality generally -- became more politicized in the early 20th century in Egypt as local anti-imperial movements used it as a symbol of decadence and foreign influence. Restoring the nation’s honor was central to their agenda. In Egyptian political discourse the "violated prostitute" became a metaphor for the "raped colonial state," and the "call to save her" became a metaphor for the "anti-colonial struggle."

In contrast, Habib Bourguiba, Tunisia's first independence leader, is known as "the liberator of women," and for me he is the great unsung hero of 20th-century Arab politics. He was an avowed secularist, and a tireless promoter of women's equality. The feminism he championed was not the Salvationist kind that took root in Egypt, but that which encourages women's true autonomy and equality in light of progressive Islamic thinking that sought to marry Islam with modernity. He launched a sexual revolution unprecedented in the Arab world, outlawing polygamy, banning the veil, legalizing abortion and advocating birth control.

And he left the red light districts to function, as they had done for decades. Today, prostitution remains legal in Tunisia, and all of the country's major cities have a red light district. More generally, Tunisian women are by far the most liberated in the Middle East, and can walk the streets unveiled and free of sexual harassment. The point here is that state regulation of prostitution, legal protection of prostitutes, social tolerance of the profession and official monitoring of sex workers' health and well-being is in no way in contradiction with the advancement of women's rights.