Collusion in Silicon Valley: How high does it go?

Big tech companies agreed not to poach each others' employees; are key investors making anti-competitive deals too? 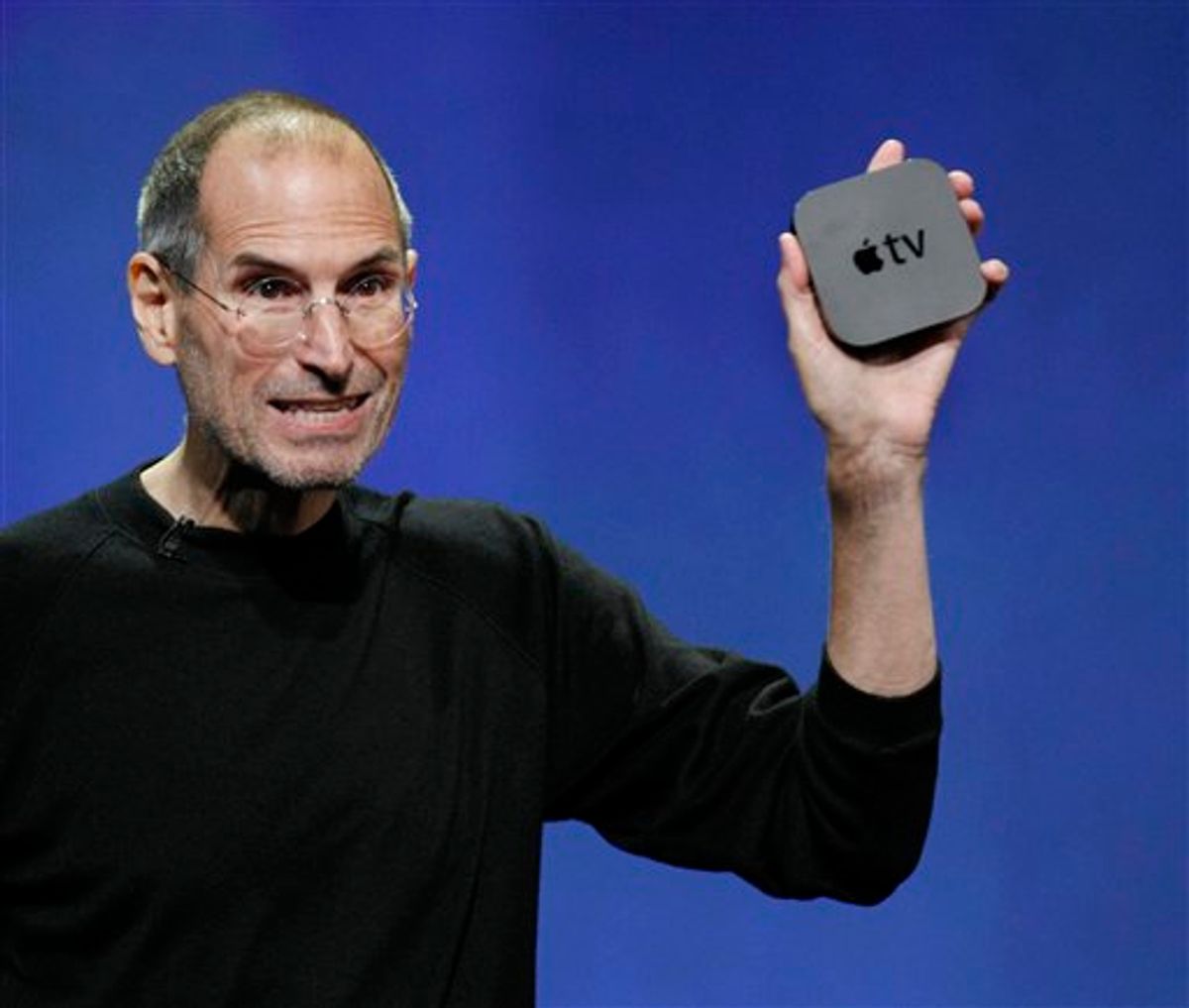 The announcement came on a Friday afternoon, traditionally the day and time people put out news designed not to be heard. Too bad about that Internet thing, because the word is spreading far and wide that many of Silicon Valley's top companies colluded against their best employees in a scheme to keep them from moving to competitors, and then settled with the federal government in a case that may not be over by any means.

Earlier in the week, one of the valley's top new-media players accused some of the most important tech investors of collusion, too, by meeting to discuss (among other things) how to "keep out new angel investors invading the market and driving up valuations." Jaw-dropping if true.

The frendlies included Google, Apple, Intel, Adobe, Intuit and Pixar. Their deal was simple: No cold calling each others' employees -- they actually kept a list of people they wanted to protect -- to offer jobs. And they did this in one of the most competitive employment landscapes on the planet, a place where the best employees are pure gold.

In a complaint filed as part of a deal with the companies -- they agreed, basically, to behave better -- the Justice Department laid out some fairly amazing details, including:

Beginning no later than 2006, Apple and Google executives agreed not to cold call each other’s employees. Apple placed Google on its internal “Do Not Call List,” which instructed employees not to directly solicit employees from the listed companies. Similarly, Google listed Apple among the companies that had special agreements with Google and were part of the “Do Not Cold Call” list;

Beginning no later than May 2005, senior Apple and Adobe executives agreed not to cold call each other’s employees. Apple placed Adobe on its internal “Do Not Call List” and similarly, Adobe included Apple in its internal list of “Companies that are off limits”;

Beginning no later than April 2007, Apple and Pixar executives agreed not to cold call each other’s employees. Apple placed Pixar on its internal “Do Not Call List” and senior executives at Pixar instructed human resources personnel to adhere to the agreement and maintain a paper trail;

Beginning no later than September 2007, Google and Intel executives agreed not to cold call each other’s employees. In its hiring policies and protocol manual, Google listed Intel among the companies that have special agreements with Google and are part of the “Do Not Cold Call” list. Similarly, Intel instructed its human resources staff about the existence of the agreement; and

In June 2007, Google and Intuit executives agreed that Google would not cold call any Intuit employee. In its hiring policies and protocol manual, Google also listed Intuit among the companies that have special agreements with Google and are part of the “Do Not Cold Call” list.

The companies, as you'd expect, used misdirection to explain why their actions were perfectly fine. Google was representative, saying it was all about doing a better job for customers because the companies were collaborating on better products:

In order to maintain a good working relationship with these companies, in 2005 we decided not to “cold call” employees at a few of our partner companies. Our policy only impacted cold calling, and we continued to recruit from these companies through LinkedIn, job fairs, employee referrals, or when candidates approached Google directly. In fact, we hired hundreds of employees from the companies involved during this time period....

While there’s no evidence that our policy hindered hiring or affected wages, we abandoned our “no cold calling” policy in late 2009 once the Justice Department raised concerns, and are happy to continue with this approach as part of this settlement.

The fact that the tech companies kept their deal a secret suggests otherwise, and not just because the practice at best skirted the law and, plenty of observers believe, outright broke it. Employees at companies like these get cold-called all the time. They are believed to be, and often are, among the cream of the crop in the entire industry. It defies logic to imagine that recruiting people inside these large enterprises wouldn't have loved to grab a bunch folks from the competition.

Two of the companies had one CEO, Steve Jobs, head of Apple and Pixar; Disney bought the latter in 2006). Google and Apple (and several of the other companies) shared board members. This kind of incestuous behavior is common in Silicon Valley, but outright collusion goes beyond what I'd expect these folks to do.

Look, the people who were put on these lists, which I'd sure like to see, were already well compensated. That's not the issue. They were stars. Like pro baseball players, who had to fight for decades for the American-capitalist right to take their skills to the people who'd treat them best, the best programmers and tech managers are incredibly valuable.

I'd anticipate some civil suits over this matter, partly because I wonder if there's more to this story than we know right now. Was no cold-calling really the only rule in this scheme?

Meanwhile, the valley was trying to figure out to what extent TechCrunch's Mike Arrington had nailed major (and mostly unnamed) angel investors who'd allegedly been trying to rig the startup market -- assuming that was remotely possible, which I doubt -- or at least tweak it to their liking. VentureBeat's Dean Takihashi said Arrington's charge seemed implausible, at first glance:

until super angel Dave McClure, who wrote a scathing and profanity-filled post in reply to Arrington, also made a first-class boo boo. McClure accidentally tweeted his thoughts about an email by super angel Ron Conway of SV Angels. McClure meant that to be a private, direct message as he quickly deleted it. But others who saw it retweeted it and now it lives forever on the web. McClure accused Conway of throwing “us under the bus.” Then Conway’s email surfaced. Conway raked the group of super angels over the coals for the attempted collusion and, though his own firm member David Lee was there at the meetings, distanced himself from them. The net effect of the revelations was that it certainly seemed like there was an attempt at collusion, even if it wasn’t precisely clear who was doing the colluding. That’s for the Justice Department to figure out. The feds might want to bust some of these brilliant folks for being so dense, though.

Takihashi went on to explain that price fixing is hard to do unless you control the market, and even the mega-angels, assuming they're the people everyone assumes them to be, don't have that much power. They do have enormous clout, however, and it's mind-boggling that people with such high-caliber brains could act so stupidly as to even discuss something like this, much less try to pull it off. (Note: I'm a co-investor in several companies with people I would imagine were at the gathering, based on Arrington's description of the attendees, but I don't know if they were actually part of this get-together.)

The San Jose Mercury News' Chris O'Brien, writing about the big companies' employment collusion, called the activities "dumb" and a violation of "everything Silicon Valley represents." Dumb, maybe, because eventually these guys were bound to get caught, but the valley culture has been warping for a long time now.

The culture says what's acceptable is what you can get away with. That attitude peaked, I'd thought, in the 1990s. Apparently not.