When their plane seemed doomed, two men on Flight 4951 whipped out their video phones. What were they thinking? 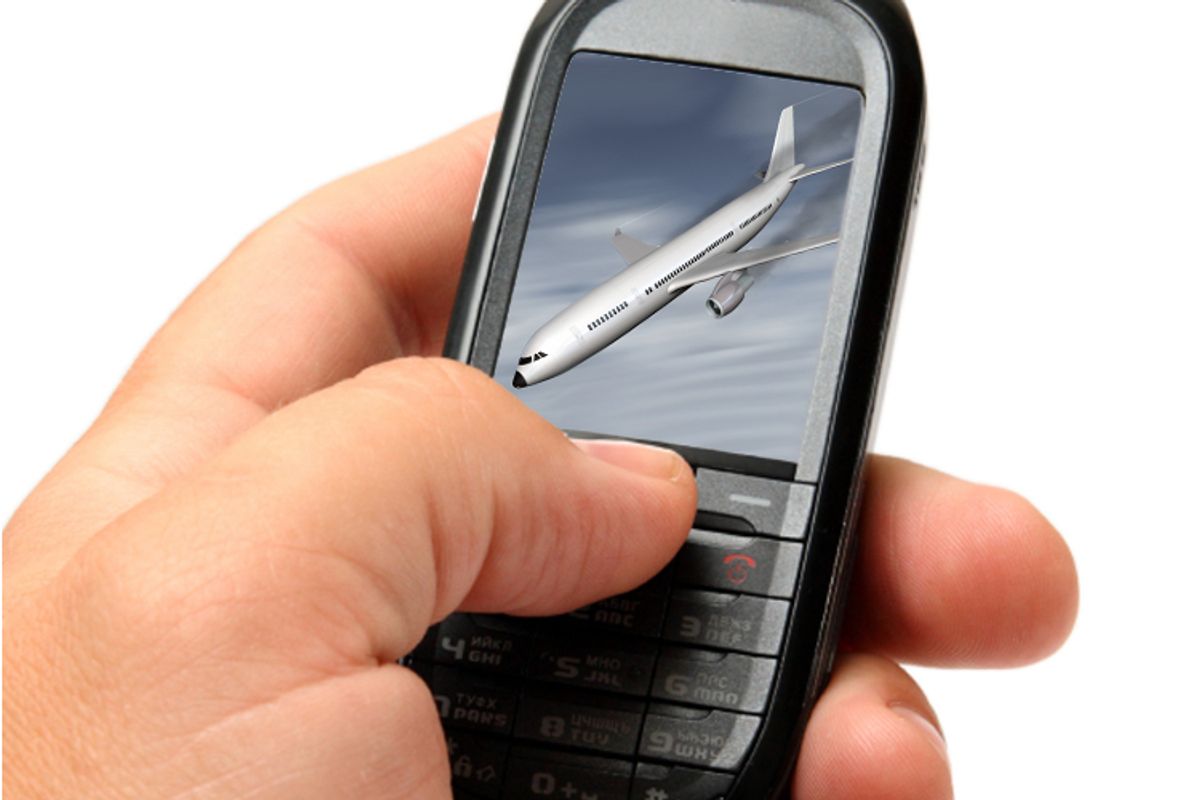 You're a passenger on a small commercial jet heading from Atlanta to Westchester, N.Y. You look out the window and see, surprisingly, the lights of JFK International. And then a flight attendant says, "Attention, passengers: We've got some serious business here." The crew informs you that your plane's landing gear is not coming down, and you are about to crash. Your pilot tells you to "prepare for the worst." You do as instructed and put your head down, bracing for impact. You smell smoke. These may wind up being your last moments of life. And you take out your phone and record it all.

Fortunately, Saturday night's Delta Flight 4951 did not end in tragedy. In a happy resolution reminiscent of last year's "miracle on the Hudson," Capt. Jack Conroyd shepherded his crew and 60 passengers onto the runway with a few bumps and sparks but no injuries. And the story, compelling enough simply as a narrative, has gained even more attention in the ensuing days thanks to not one but two dramatic passenger videos.

As 26-year-old Chase Benzenberg recounted for the White Plains Journal News, "My friend sitting next to me, who's also my coworker, we both decided we were going to film it as much as we could ... Unfortunately my finger hit stop halfway through the video."

His colleague and former high school classmate Alessandro Albero, however, kept a steadier hand. In a shaky, 55-second clip, Albero recorded the view from his window: the rapid approach toward the runway, the bright sparks as the plane's wing scraped the earth, and no sound but the voice of a single flight attendant repeatedly imploring, "Heads down! Stay down! Heads down! Stay down!" And then ... safe landing. The passengers applauded. Albero turned the lens to his seatmate, who was smiling and likewise holding up his own phone, and the movie ended.

Most of us will never know what it's like to brace for impact, to consider the possibility that we may imminently find ourselves splattered all over the tarmac. Would you send up a silent prayer, hold another passenger's hand? Would you use your available technology to send out a message? Would you call your wife to tell her you love her? Would you attempt one last tweet -- 140 characters of "Aieeeeeeeeee"? Or would you, as Benzenberg and Albero did, say, "We should film this"?

Perhaps part of the explanation for Benzenberg and Albero's choice is that they belong to a generation accustomed to regular self-documentation. There's an entire population that photographs and tweets whatever is on the dinner plate in front of them. A plane crash? That's considerably more interesting.

And that material, as the footage from Flight 4951 proves, isn't simply raw news. From the moment a video is disseminated, it's open to critique and interpretation. For evidence, you need look no further than the comments on the New York Times' story about the incident, where readers have been griping, "i'm furious at the footage being ruined by the bloody robot stewardess" and "Nice, but the flight attendant shouting was darn annoying!" I guarantee it's only a matter of minutes before the "Heads down! Stay down! Heads down! Stay down!" mantra becomes a dance remix. In the meantime, can we greenlight some reshoots here? Most annoying near-disaster EVER.

It'd be nice to consider that it says something very affirming about our human capacity for resilience that we can leap from heart-stopping, life-on-the-line fear to viewer dissatisfaction in the blink of an eye. But it says something else as well. Putting a lens between ourselves and the action gives us distance. In the darkest, most vulnerable of situations, it's considerably less frightening to be a spectator than a participant. If I'm filming the moment, I'm not 100 percent living it -- and frankly, if that moment involves the possibility of a fiery death, maybe I don't want be all there for that. The chance that I might live to share it, to connect the experience from the safe distance of survivorship, only sweetens the allure.

Benzenberg and Albero chose, in a crisis, to do something that their fellow passengers didn't, but their desire to document and to share -- to make the event real but not too real -- is understandable. Maybe that's why, when you watch Benzenberg's later footage on the runway, you'll see happy, grateful-to-be-alive passengers striding down the tarmac with eyes already fixed on their cellphones.