How to cure salmon (gravlax)

Far easier than you'd ever think, all you need is super-fresh fish, salt, pepper, spices and a fridge 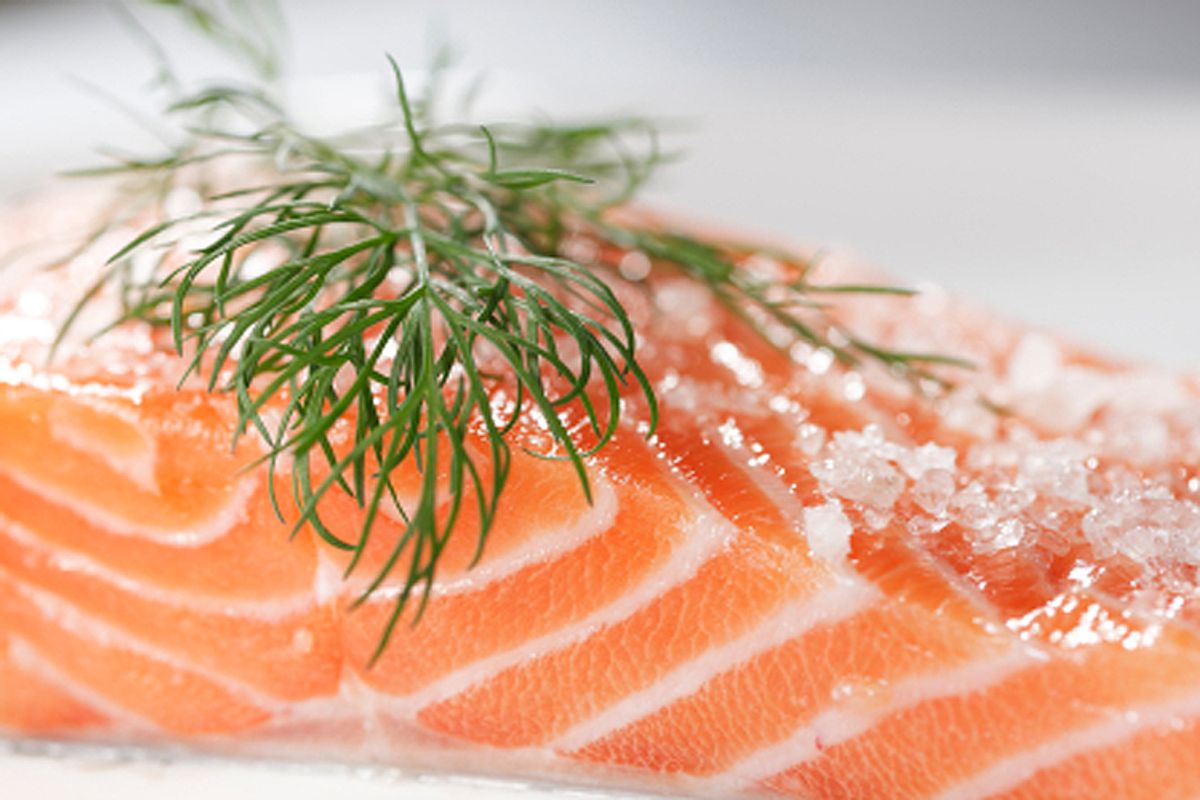 Dill and alcohol in a dry salt-and-sugar cure are the defining ingredients for the silky, sweet-and-salty cured salmon called gravlax. Most recipes call for vodka, but I got inspired a few years back when I found that flavors in aquavit match those in the gravlax cure -- specifically dill (Danish Aalborg "Dild"), caraway and coriander. I thought I was some kinda hotshot for making this connection, but while checking out some online recipes I discovered that Mark Bittman (The Minimalist) made his first batch that way many years ago. (He still had half a bottle leftover in his liquor cabinet; that would never happen around here.) In fact, the Scandinavian connection between gravlax and caraway-flavored vodka is probably not coincidental; the tradition of "drinking snaps" -- having a mutual shot of booze (or more) during the course of the meal (preceded by a drinking song or snapsvisa) -- might have led to an "accidental invention."

There is not much to making gravlax. You just make a dry rub, coat the salmon (and massage it in), moisten with the booze (aquavit is not available in all states; vodka will work), seal it up, and wait for a day or two.

I modified this recipe from "Professional Charcuterie" by John Kinsella and David T. Harvey.

Slicing is an art. Getting slices 5mm or less ("thin enough to read a newspaper through") requires lots of practice (watch this, for example). No matter what you do, you will never be as good as the pros doing it at Zabar's (neither will I), but you can learn the basic technique here. Having a good slicing knife helps. One recommended by America's Test Kitchen is the Victorinox 12-inch Slicer and costs around $40. This is also the knife you'll want when you  decide to invite the whole gang over and cook a steamship round.