Racing in stilettos and bikinis 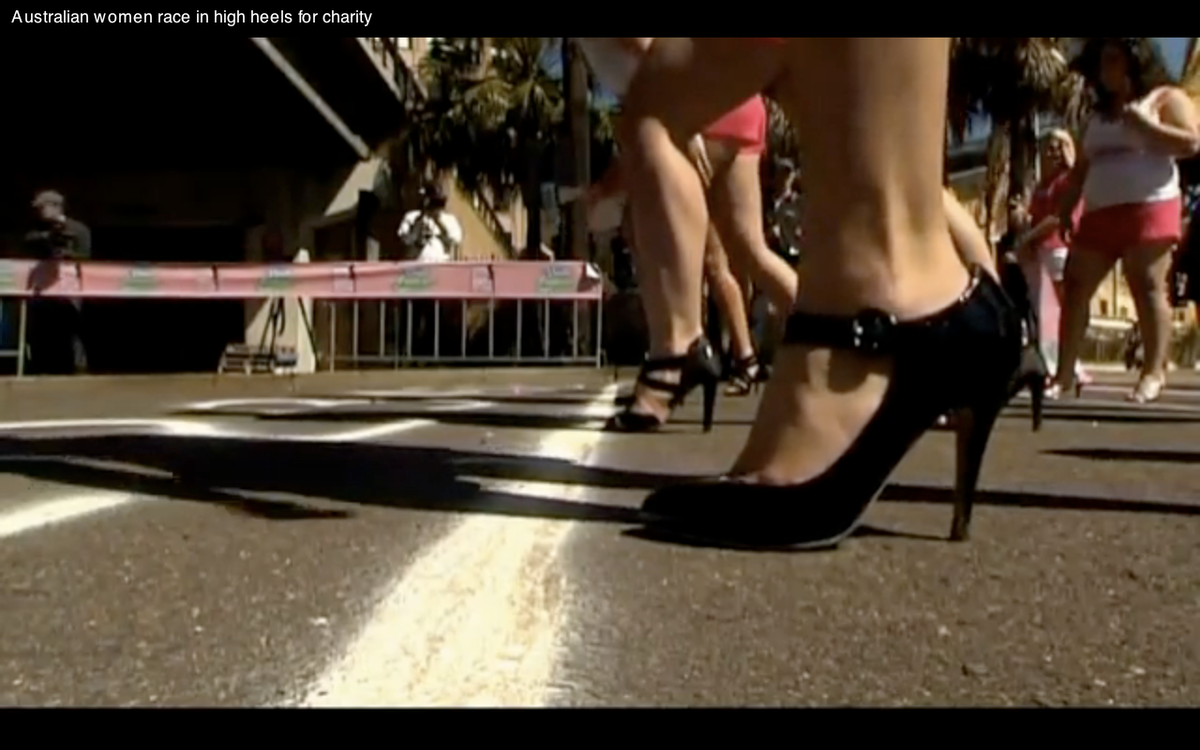 Today brings news of two major advancements in women's sports in Australia. First off, a race track on the Gold Coast has announced an annual event in which bikini-clad women will be "locked in the stalls and then raced like horses," according to the Daily Mail. The first race is scheduled for early December and "will feature up to 150 'fillies and mares' wearing just bikinis and running shoes." Rest assured that "it will be done in good taste," according to Grant Sheather, CEO of Gold Coast Turf Club.

Second, four Aussie women have broken the world record in stiletto relay racing (which, yes, is a thing that actually exists in the world). Reuters reports that the quartet "sprinted across a 263-foot course in Sydney in just one minute and four seconds while supporting their weight on three-inch stems." You can check out the video footage below of the stiletto race -- if you feel like experiencing sympathy foot pains.

It's nice to see female athleticism taken so seriously, isn't it?