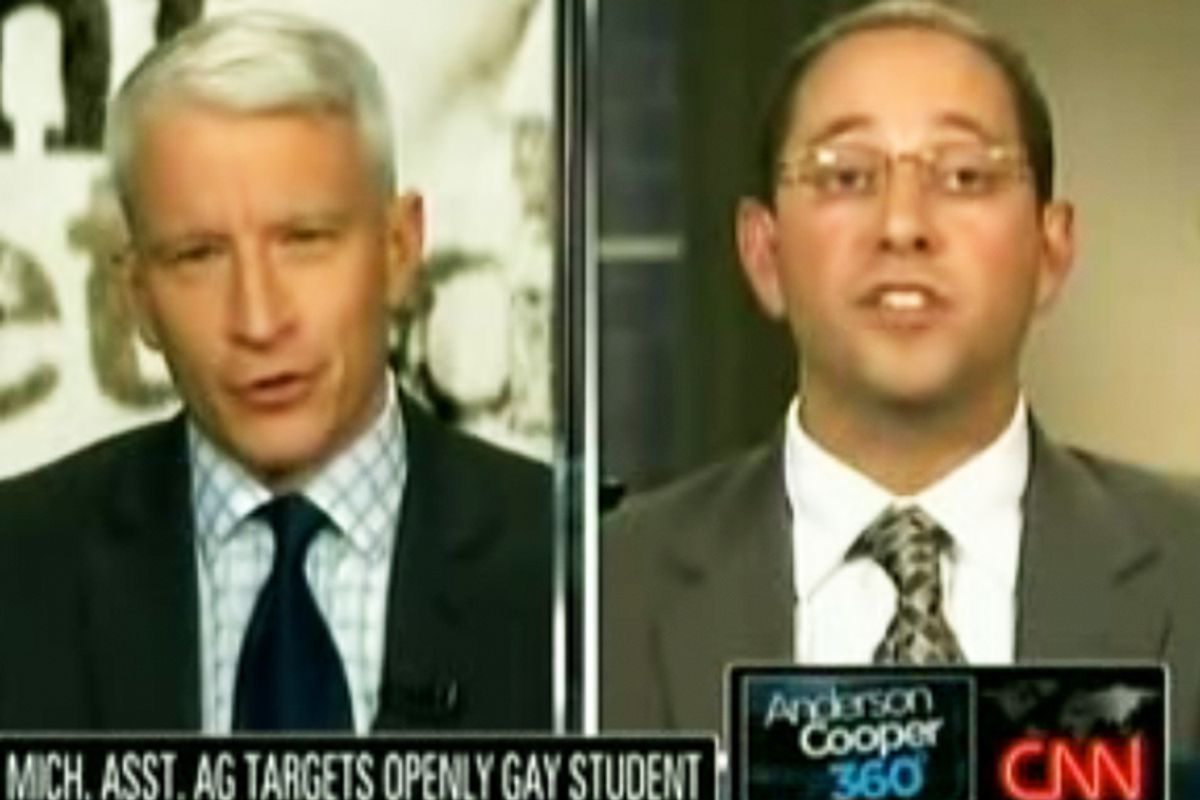 Shirvell, a graduate of University of Michigan and the conservative Ave Maria School of Law, runs the blog "Chris Armstrong Watch" in his spare time. He posts pictures of Armstrong with rainbow flags and swastikas, and also pickets outside Armstrong's house.

Cooper, who has been on a bit of a roll lately, had Shirvell on his show to explain why he's choosing this particular tack in the fight against the "radical homosexual agenda." The ensuing interview has to be one of the best of the year. Watch: