Measures targeting abortion rights, taxes, healthcare and climate change are all on ballots in November 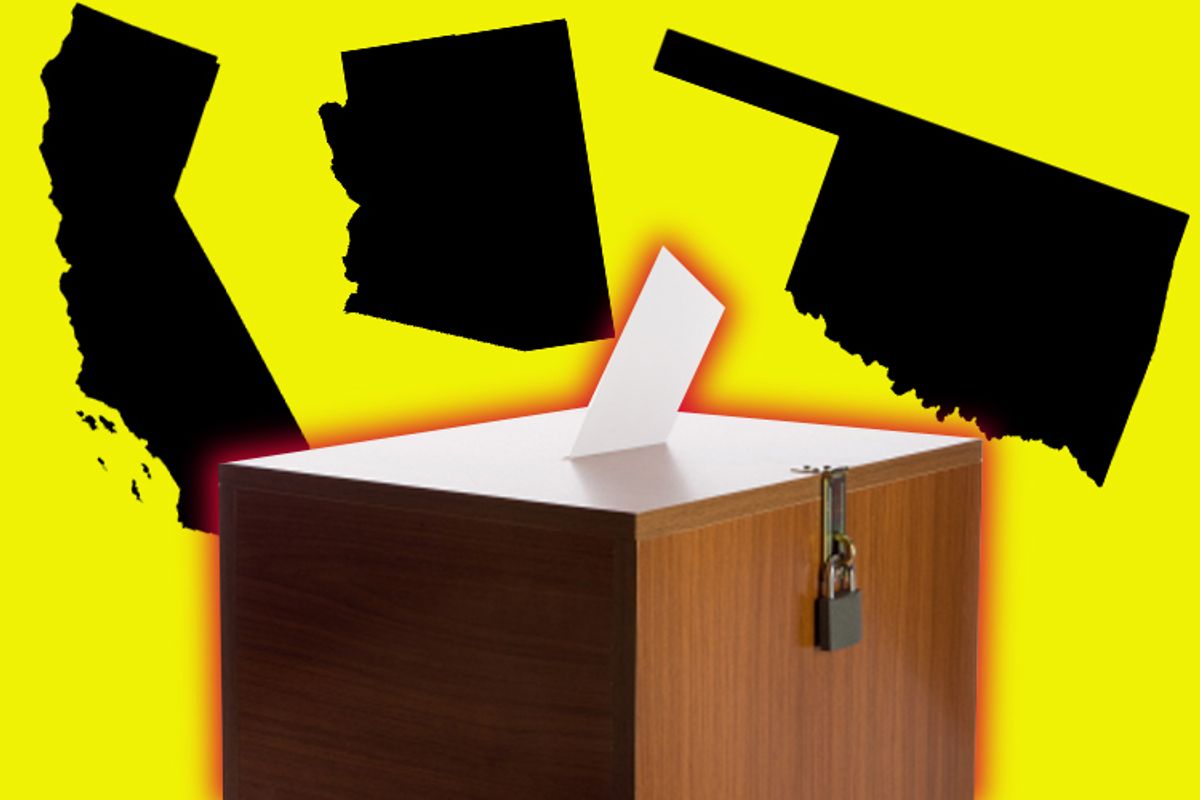 The highest-profile state ballot initiative this election season is the progressive Proposition 19, which would legalize possession of a small quantity of marijuana in California.

But ballot initiatives, which can have profound and long-lasting public policy implications, have traditionally been more the province of the right than the left. Just think of the drastic consequences that have resulted from California's Proposition 13 and Massachusetts' Proposition 2 1/2, measures that were designed to limit property taxes and that were popular with voters but that have wreaked budgetary havoc in both states.

Although they have largely been flying under the national radar, there are plenty of right-wing initiatives that will be put to voters around the country in November -- and, especially given this year's political climate, there's a good chance that many of them will pass. Here are five of the most notable:

For a comprehensive rundown of ballot initiatives around the country, check out the excellent Ballotpedia.