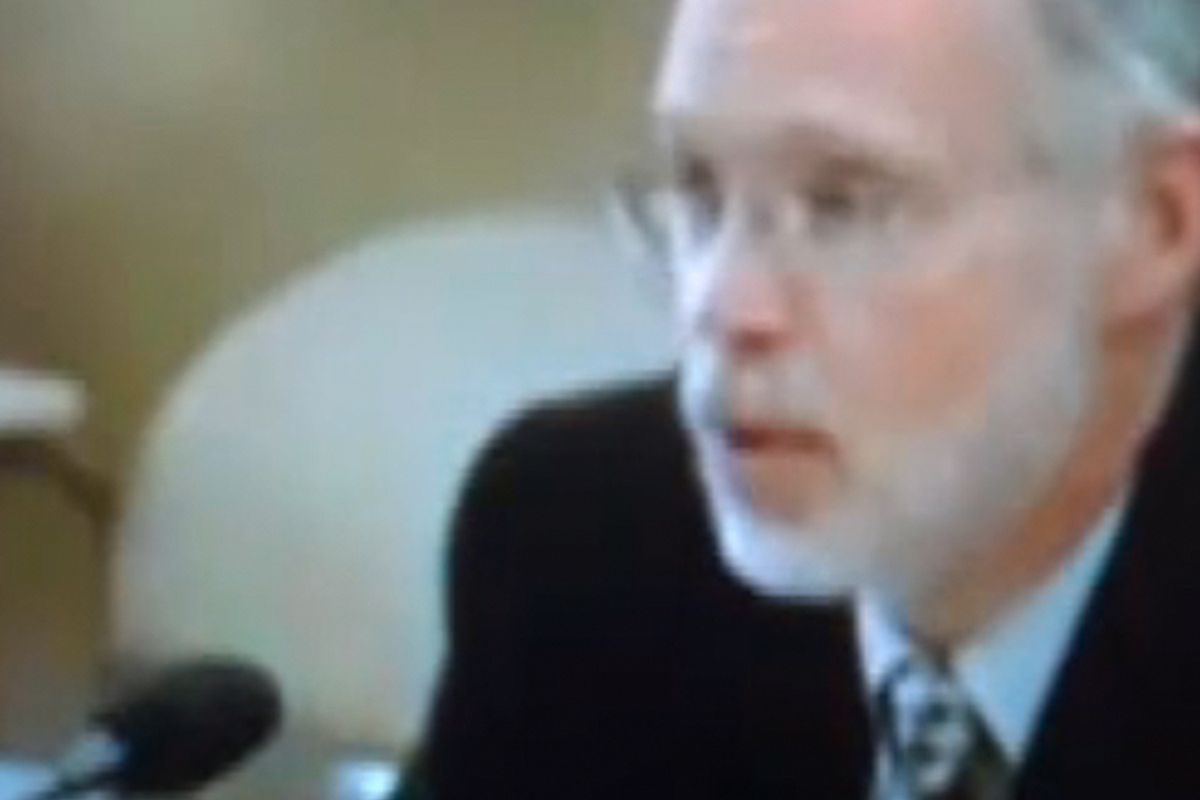 Scandal! Did Russ Feingold film his recent TV ad -- in which he claims that he lives in the same house he used to live in -- in front of a green screen? A Wisconsin talk radio host (and Daniel Foster of the National Review!) say he did. Because the ad looks funny. But "facts" -- specifically, multiple eye-witnesses -- say Feingold actually filmed the ad in front of his real-life house.

But maybe Feingold's opponent Ron Johnson can try to use the old green-screen excuse for this clip, of him addressing the Wisconsin state legislature this last January. Johnson is there to discuss what he imagines will be the unintended consequences of the Wisconsin Child Victims Act -- a bill that would extend the statute of limitations on civil suits for victims of child abuse.

(This is a base expression of the sort of libertarianism that reall appeals dumb rich folk -- the prospect of some private concern getting wrongfully sued for abetting child molestation is so dire that we must not protect actual victim's rights to seek redress for their abuse. Trial lawyers! Scary trial lawyers!!!!!)

Johnson, at the time, worked for the Finance Council of the Green Bay Diocese. Polls show Feingold trailing or tied with Johnson.