Mercedes-Benz is the latest to use the civil rights hero in a commercial. Why is he so attractive to advertisers? 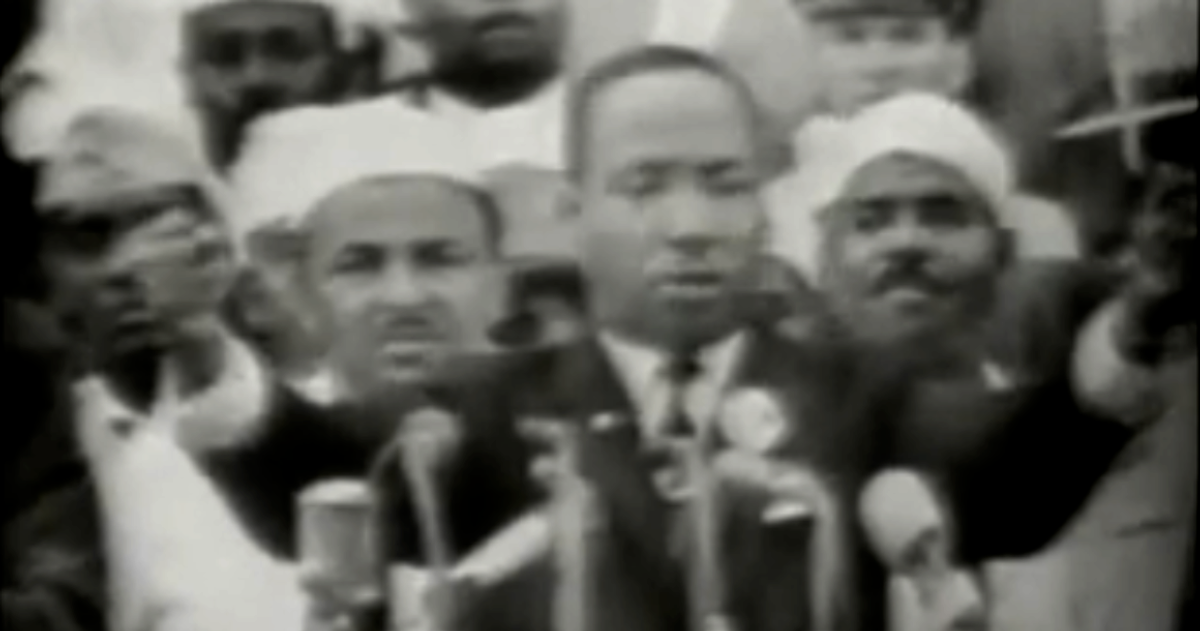 When Martin Luther King Jr. said that he had dream, he didn't mention anything about a Mercedes straight out of the imagination of Doc Brown. Yet for the luxury car company's campaign to promote its new "gull-wing" SLS AMG coupe, Mercedes chose to highlight the vehicle's upward-opening doors by evoking great moments in putting hands in the air like you just don't care -- Muhammad Ali peacocking around the ring, Leonard Bernstein conducting, joyous revelers at a tumbling Berlin Wall, and, notably, a brief image of the slain civil rights leader, arms aloft. "It's a universal gesture," a voice explains. "A way of telling the world, 'We did it,' without saying a word. Introducing the Mercedes-Benz SLS AMG. The best, or nothing. That is what drives us." If, by "We did it," you mean that you equated the quest for basic human rights with the quest to obtain a $175,000 set of wheels, well, then, yes you did. Mercedes-Benz -- too soon!

Self-actualization has never been the German automaker's strong suit. Several years ago it took Janis Joplin's witty, plaintive prayer, "Oh, Lord, won't you buy me a Mercedes-Benz?" and turned the song into an unironic jingle. Oh, Lord, are you kidding? And as a general rule, subtlety, good taste and television ad campaigns have traditionally gone together like Ann Coulter and common sense. But the appropriation of beloved figures and heart-tugging historic events to sell expensive goods is a particularly risky gambit. A company may succeed well in getting tongues wagging, may even tug a heartstring or two, but there's a minefield of public disgust to navigate in the bargain.

The modern era of commercial ghoulishness began in earnest in 1987, when Nike combined The Beatles' "Revolution" with sports figures both famous and unknown, ostensibly changing the world with their fantastic sneakers. Ten years later, Dirt Devil mashed up a clip of fleet-footed Fred Astaire to give him the appearance of dancing on the ceiling with a hand-held vacuum. The same year, Apple rebooted its sagging image with a "Think Different" campaign that saluted visionary "crazy ones" like Albert Einstein, Amelia Earhart, and a troika of murdered men: Mahatma Gandhi, John Lennon and Dr. King. And in 2006, in one of the most shamelessly pull-out-all-the-stops minutes in advertising history, Chevy's "This Is Our Country" spot combined the folksy song stylings of John Mellencamp with, among other things, Rosa Parks, the Vietnam War, Martin Luther King (again!) the 9/11 tribute in light, and footage from Hurricane Katrina.

But while it's tempting to be flat-out angry at the latest use of King to sell cars, it's important to note that the King Foundation was complicit in the use of his image, accepting an undisclosed amount from Mercedes-Benz for its Intellectual Properties Management company. Doesn't the foundation have a right to make money, especially in this economy? In the end, the only question that matters is: Are such ploys effective? Now, if you're a soft touch like me, you can't see the gap in New York's downtown skyline or the ravaged city of New Orleans without weeping like it's an "Oprah" reunion episode. But does that same emotion make anybody want to go out and buy a computer or a car? I don't have a spare $175,000 lying around in the pocket of a coat, so maybe I'm not the best judge.

But it does seem absurdly manipulative to trot out Martin Luther King every time a brand gets the urge to evoke the Pavlovian "human nature is AWESOME" feeling. As long as there are emotions to be played with, advertisers will keep equating King's dream with the lust for a GPS and leather interior. I can't wait to see Anne Frank for Volvo and Mother Teresa for Guess jeans.