"You send another goon to my daughter's house and I'll take you out, buddy" 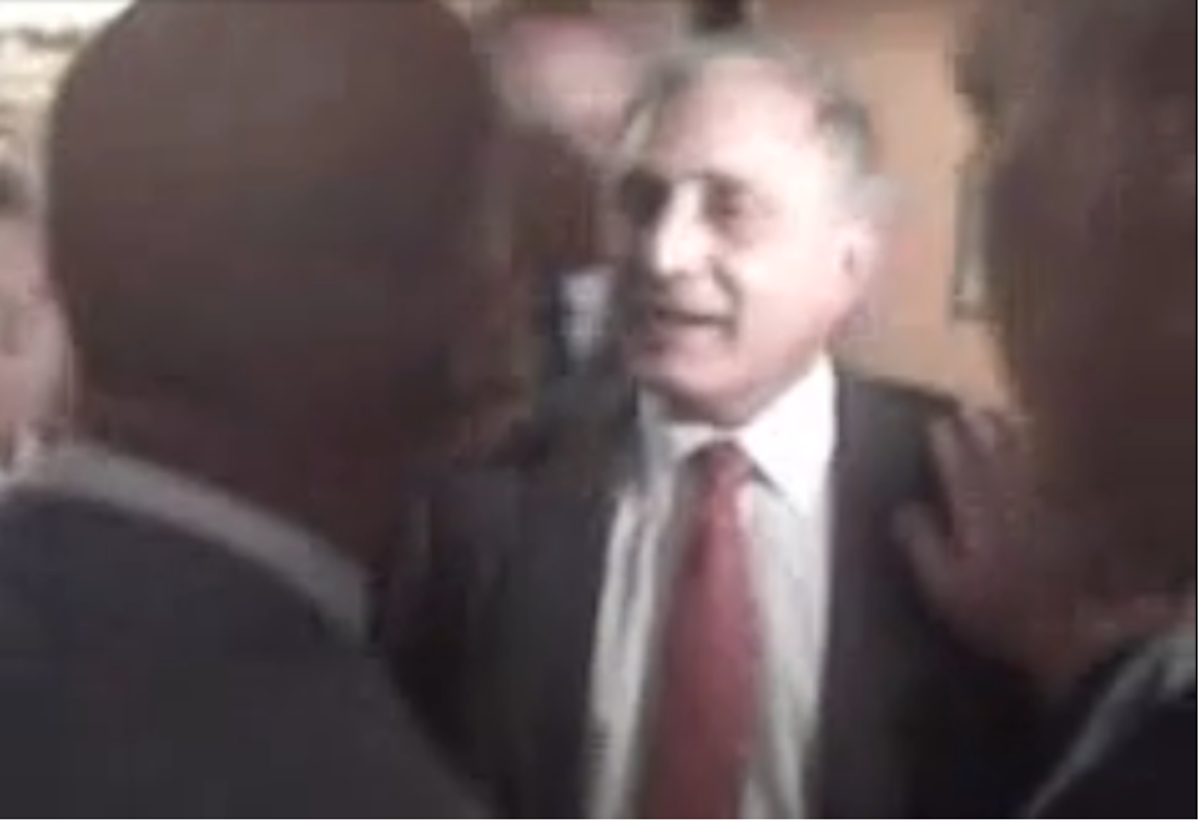 About the only thing to say about this is, "Wow." At an impromptu press conference Wednesday, Carl Paladino, the Tea Party-backed New York Republican gubernatorial candidate, got into a heated and intensely personal shouting match with Fred Dicker of the New York Post.

Standing inches apart, the two men traded taunts and took turns jabbing their fingers in each other's faces while Paladino aides struggled to separate them. Finally, after calling Dicker a "stalking horse" and "bird dog" for Democratic nominee Andrew Cuomo and seeming to threaten him, Paladino retreated to a nearby men's room -- at which point his campaign manager, Michael Caputo, took his place and verbally sparred with Dicker for several more minutes.

The incident came hours after Paladino used an interview with Politico's Maggie Haberman to accuse Cuomo of adultery. "Has anyone asked Andrew Cuomo about his paramours?" the GOP candidate inquired. That prompted Dicker to demand that Paladino provide evidence. But the sight of Dicker evidently enraged Paladino, partly because Dicker's paper recently sent a reporter and photographer to the Buffalo home where the 10-year-old daughter he fathered out of wedlock lives, and also because Paladino's campaign is convinced that Dicker is in the bag for Cuomo. (And to be fair, that's a view that plenty of New York political watchers share, the result of Dicker spending the last year or so pushing stories like this.) Eventually, Paladino told Dicker that he'd provide evidence of Cuomo's affairs "at the appropriate time" and then added this warning: "You send another goon to my daughter's house and I'll take you out, buddy."

"You'll take me out?" Dicker replied.

"How you gonna do that?"

And with that, Paladino stepped away. Video, captured by Capital Tonight, is below: