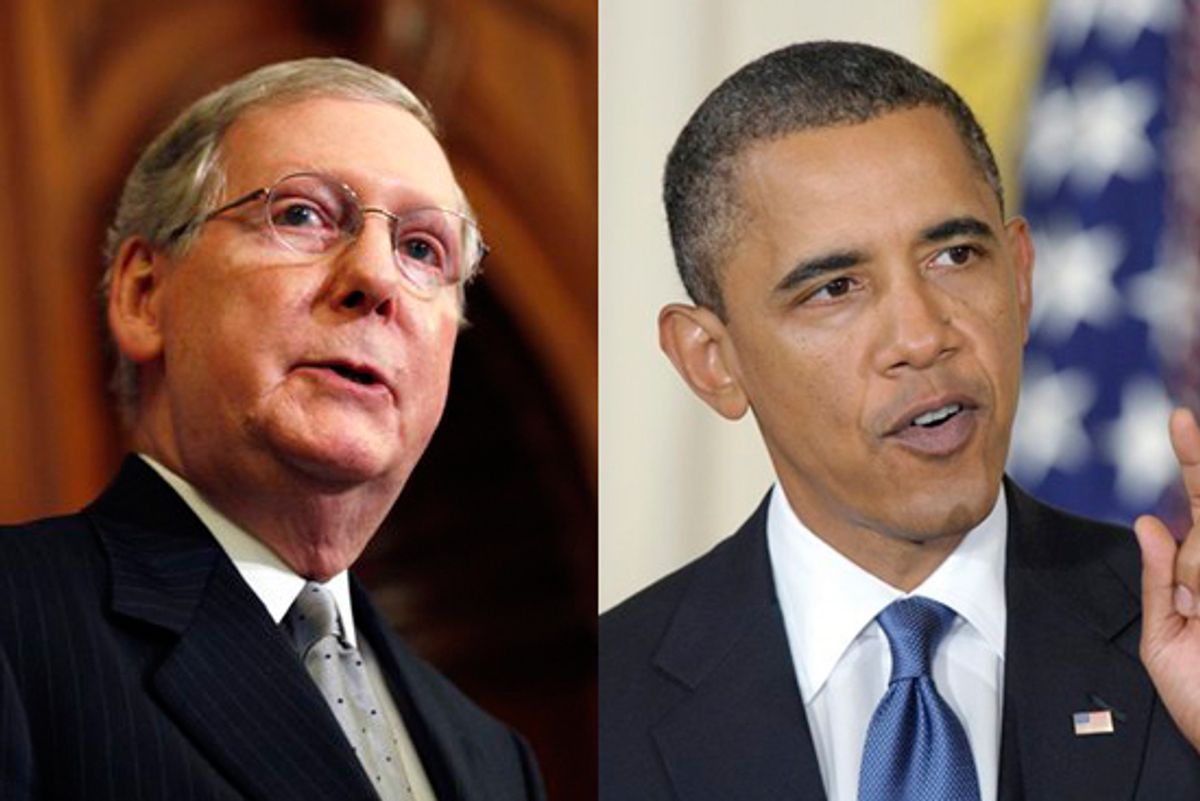 Good news: The Senate finally managed to confirm 54 of Barack Obama's non-controversial nominees for various federal and judicial offices. Bad news: More than 110 nominees remain in limbo. Hilarious news: The deal Harry Reid struck with Mitch McConnell to confirm these nominees means Obama can't appoint any other nominees while the Senate is in recess.

Minority Leader McConnell basically ended the president's one method of bypassing a broken Senate confirmation process, by getting Red to keep the Senate officially in session during their upcoming six-week recess. This deal getting struck this time basically means that every future Senate minority leader will hold up every future president's nominees until getting the same deal -- which means that, in lieu of Senate rules reform, we've just seen the end of recess appointments. (Unless future Democratic minorities are spineless enough to give in to future Republican presidents, which is certainly possible.)

Proposed OMB Director Jack Lew is being blocked by Democratic Senator Mary Landrieu, who is upset about some entirely unrelated thing.

The White House attempted to quietly urge Landrieu to stop being a nuisance, but they have done next to nothing to make Senate obstruction of presidential nominees into an actual scandal. While a public campaign against holds and obstruction wouldn't make the Senate magically better, it would at least get media elites to pay attention, perhaps leading to some momentum behind rules reform.

(I mean -- Andrea Mitchell, on MSNBC right now, just said Lew "didn't want a recess appointment" -- and if Alan Greenspan's wife doesn't know that Landrieu is blocking Lew and the Senate isn't going into a real recess, the White House is failing miserably at messaging.)

Harry Reid, who is clearly on a roll, also signaled his intention to take up a food safety bill after the elections, because "food safety" is a real political loser for the Democrats, right? This one was held up because Tom Coburn is blocking it. Which, I am willing to bet, would be news even to high-information registered voters, like Andrea Mitchell.

The White House press corps is currently peppering Robert Gibbs with tough questions about the forthcoming departure of Chief of Staff Rahm Emanuel, a personnel change that they all knew was coming a year ago.