Ahmed Chalabi chats with Sally Quinn, for some reason 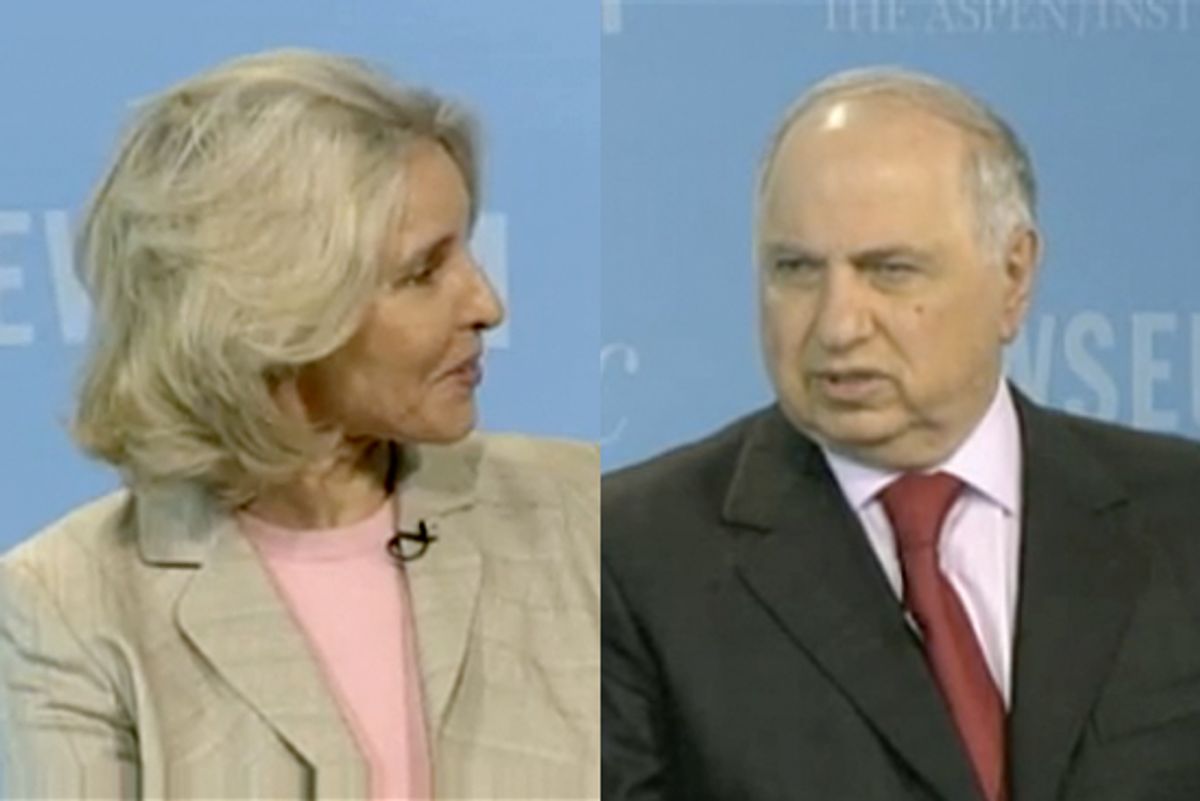 Lying war-profiteering con man Ahmed Chalabi, the guy who seduced a bunch of neocons into invading and occupying Iraq in order to make him its enlightened capitalist ruler, had a fun little sit-down with party reporter and representative of all that is awful about the culture of Washington DC Sally Quinn. This was at The Atlantic's "Washington Ideas Forum," where, I guess, the elite meet to kick around exciting new ideas, like how to make money with a magazine brand. (Invite rich folk to pay large sums to listen to rich folk interview rich folk.)

This Quinn/Chalabi chat was a breathtaking display of shamelessness, culminating in this immortal line, from Chalabi: "The weapons of mass destruction was to our view a marginal issue."

Yes, well, that's not the way the rest of us remember it.

It was a remarkably friendly conversation -- despite some brief discussion of how bad or not-bad Iran is --considering that Chalabi is a miserable fraud with blood on his hands. Quinn basically just let him bullshit. (What the hell is Chalabi's "idea" exactly? I mean -- he already got to try out his idea, and now thousands of people are dead for no fucking reason.)

For some reason, this old Quinn-penned profile of Chalabi the hard-working and charming gourmand is no longer on the Washington Post website.