Clementi's suicide: Many are to blame

It isn't just a bullying roommate who caused the tragedy. As in other LGBT deaths, society's attitude looms large 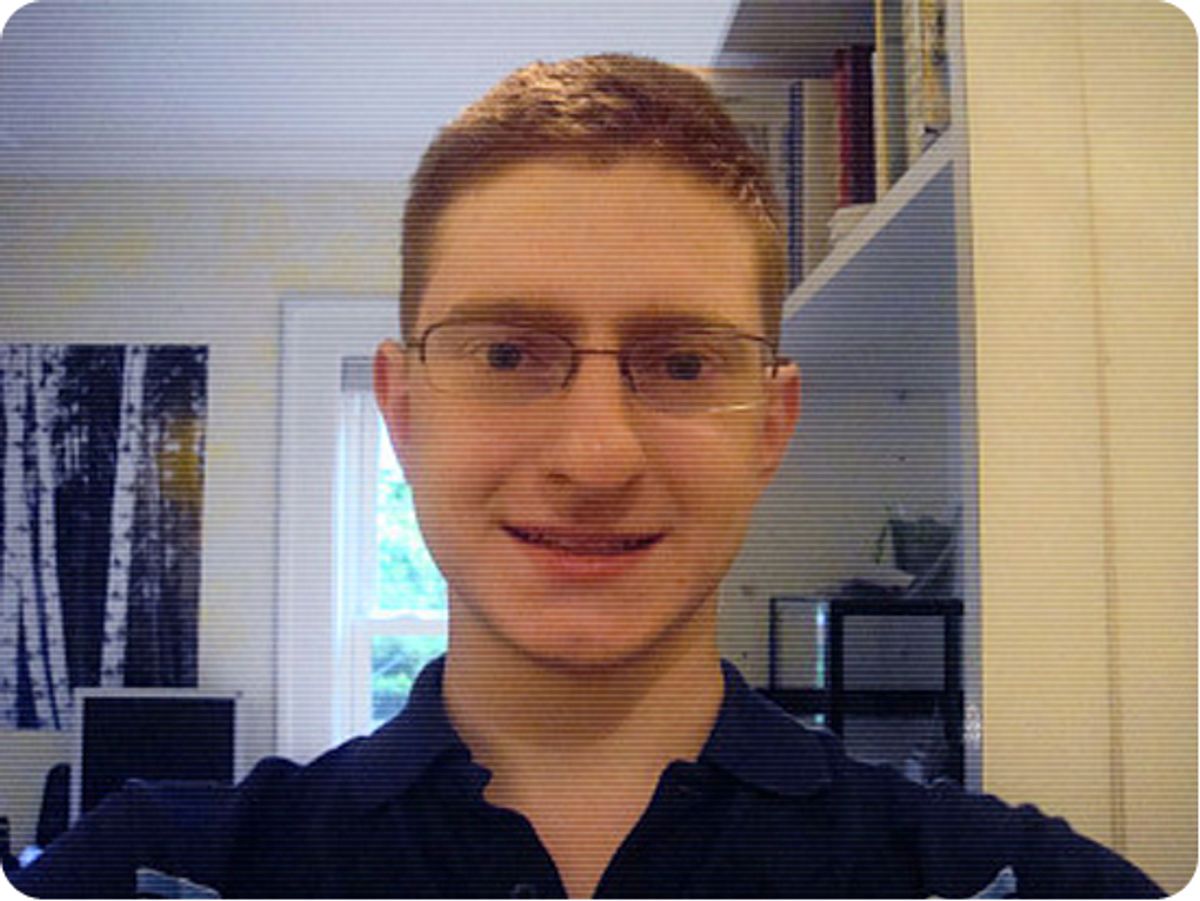 Rutgers student Tyler Clementi's anguished jump off the George Washington Bridge capped off a week of widely reported youth suicides attributed to anti-gay harassment and bullying. Clementi's roommate and an acquaintance filmed him having sex with another man, without his knowledge or permission, and live-streamed it to hundreds of other people. When he found out, he jumped off the bridge to his death. Three other teenage boys escaped their pain through hanging, another hanging, and a bullet to the head. None of these acts are equivocal: These young men, at least at the depth of the moment, intended to make a final exit from the world.

The high rate of suicide among LGBT youth is nothing new, even if more widespread acknowledgment of its root cause is. And while the sheer youth of the three high school students makes their deaths perhaps even more disturbing (one of them was just 13 years old), Clementi's story is the one that grabbed the national media, and the hearts of just about everyone I know. LGBT youth suicide is such an enormous, devastating problem, and I'm glad it's finally being taken seriously and talked about openly, so in that regard I guess it doesn't matter why people are talking about Clementi's death. But I still wonder why this particular story has legs while the world went quickly silent about JeHeem Herrera, just 11 years old, who hung himself last year. Another 11-year-old, Carl Joseph Walker-Hoover, hung himself just days earlier. Then there was 17-year-old Eric Mohat, whose classmate told him to just go kill himself, because no one would miss him. He did, in 2009. These spates of LGBT youth suicide happen with alarming regularity, and these are just the ones reported in the media.

While I hope, fervently, that the conversation continues, I have to wonder why everyone suddenly cares. Specifically, what is it about Clementi's story that squeezes America by the heart? Is it because straight people can identify with the extreme pain, helplessness, and humiliation of being violated via video camera? Covert videotaping of private sexual acts -- or even plain nudity -- happens all the time. With the proliferation of instant media access, and the ability to transmit just about any image or film without time for a second thought, and without a way to rescind it upon instant regret, I have to imagine that what happened to Clementi happens to teens these days on a fairly regular basis. There are a lot of kids (and adults) out there who know exactly what he must have been going through, the horror of knowing that countless strangers have seen your vulnerability in a moment that should have been sacred and private. Perhaps it is easier to understand, in a limited way, the emotions that drove him to end his life -- though I think it somewhat impossible to explain to those who haven't lived it what a special hell it is to grow up gay in most U.S. cities and towns.

But I think the part of Clementi's story that most appeals to a larger sense of moral outrage is the availability of two easily identifiable villains: The teenagers who giggled at their prank, filming the gay roommate and showing the world his private moment. But is that, alone, really what drove Clementi off the edge? Most of the other kids identified above lived through years of merciless taunting, humiliation, terrorized because their honest, naked selves didn't fit in. Surely Clementi's roommate, whom he considered a decent roommate in a lot of ways, wasn't the first person to single him out for ridicule, though he may have been the first to live-stream it. But I don't think that one act drove him to suicide, except in combination with the homophobia that Clementi envisioned raining down on him, full blast, for the rest of his life. He felt it coming from all areas of the country, all eyes on him and not just seeing him but judging him, laughing at him, condemning him to hell. He was the victim of a crime that invaded his privacy, but it was made all the worse by how the public would then perceive, interpret, and judge his private act.

We haven't heard from the kids who some say caused Clementi's suicide, for whom some are calling for murder charges, at whom society can point fingers and say: You. You are responsible for this tragedy. In this, we had no part. But I can't blame those two teenagers for Clementi's death. They unthinkingly caused him far more pain than I suspect they could have imagined. They should be expelled from their dorms, and perhaps from their school, for the gross and intense violation of his privacy. But jail time? There is no evidence that they intended for Clementi to end his life. They probably didn't think beyond the moment of their foolish prank. To blame them alone is to take away a very limited lesson: Don't secretly film your roommate having sex, and certainly don't broadcast it on the Internet. That lesson alone will do nothing to address the problem of LGBT youth suicide.

In contrast, you don't have to look far to find people whose every day actions, whose very careers, are designed -- specifically intended -- to drive LGBT youth to extinction. Here are some people I would like to see in jail for Clementi's suicide: George Rekers, who is still pushing "conversion therapy" for gay teens, essentially normalizing self-hate. His  methods are still used by Louisiana mental health workers who treat adolescents. James Dobson, head of Focus on the Family, whose bloated multi-million dollar budget is both spent and made on the spreading of gay-hate. Candi Cushman, whose entire career is focused on destroying gains made by anti-bullying campaigns in public schools. The list of the guilty could go on forever: Every elected public official who has ever voted for anti-gay ordinances, marriage bans, adoption bans, prohibitions on health care for same-sex spouses. Every two-bit lobbyist who bargains with these public officials to seal the deal. Every religious nut with a pulpit who weekly tells the congregation, full of kids and teens, that they will burn in hell for being gay. Every psychiatrist, psychologist, or social worker who has ever suggested to a teen that being gay is shameful, abnormal, and a disease to be cured. Every teacher who has turned a blind eye or, worse, joined in the anti-gay harassment of a young student.

Clementi's suicide is that simple, and that complicated. In order to address the unbearably high rate of LGBT youth suicide, look beyond the secret videotape and the two kids who made a stupid, tragic, callous mistake. There are guilty parties everywhere.